Wander outside reality door ZDY ' LOVE
now you really got Gospel in the canyon
Use love to fantasize...

When I just entered the Nujiang gorge, I found that every town and village I passed by had churches

Nujiang state is not only on the border, but also very backward in economy, so it has no sense of existence in the hearts of Chinese people. If you haven't been to Nujiang state, people don't even know where it is!

You know, Nujiang state is surrounded by Myanmar, Thailand, Laos and Tibet in China. These places are all places where Buddhism is popular, and Dali, which is close to Nujiang state, still has countless Taoist resorts, but such a place is actually slowly infiltrated by Catholicism and Christianity, so that most people in the whole Valley believe in Jesus and Mary

All tourists entering Nujiang state will go to a nu village called laomuden, "laomuden" is a transliteration of Nu language, which means "where people like to come" in Chinese. Here, you can not only visit and experience Nu culture and cuisine, but also see a famous building in the village - old maden church. 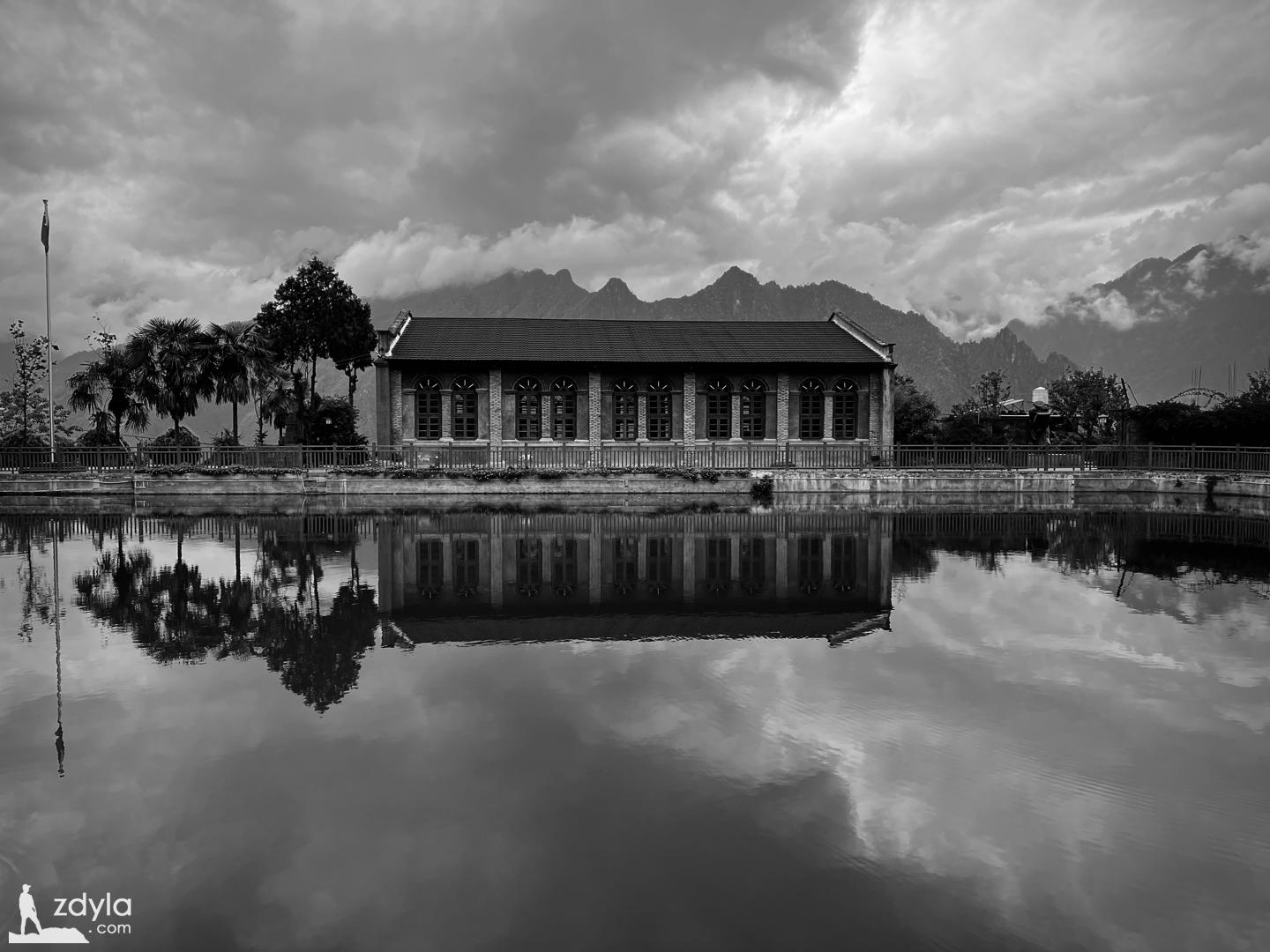 Old muden church is the first church in Bijiang, which was founded in 1930. At first, there was one in Upper Village and one in lower village, but it was demolished during the political movement in 1958. Until 1979, the two churches were merged into one for reconstruction. Since then, the church has been built three times, first with vegetation houses, then with asbestos tile houses. Before Christmas in 1984, the current brick and wood church was built, and the orientation was changed from East-West to north-south. Although the old Madden church has not much decoration and is not magnificent, it has been the largest one in the Nujiang Valley for a long time!

At first, the Lisu People had no words like the Nu people. Since 1913, Fu Neng Ren (British), a pastor of the inland church, began to preach in the Nu River, and later invented the Lisu language with Padang, a Burmese. With the development of Christianity, it gradually spread in the Nu River. In the 1950s, the government tried to promote a new set of Lisu language, but it failed, and the people didn't recognize it. They still used the set of Fu Neng Ren

Christianity broke through among Lisu People and gradually spread to the whole Nujiang Valley. As for why Christianity can stand out in Buddhism and national religions, perhaps because Lisu once had a difficult national survival history

Lisu People originated in the Qinghai Tibet Plateau, but after the first and second large-scale migration due to the war, they moved south to the north of the Yunnan Guizhou Plateau through the western edge of the Sichuan Basin, mainly distributed in the Yalong River and Jinsha River Basins in Sichuan and Yunnan provinces.

In the middle of the 16th century, due to the enslavement of the Naxi Mu chieftain and the threat of war, a large number of Lisu People, led by their leader Kuo mubipa, migrated to Nujiang and other areas in Northwest Yunnan. Between the 17th and 19th centuries, Lisu people migrated many times after the failure of the uprising. Part of them crossed Gaoligong Mountain and entered Myanmar, part of them went south along Lancang River and Nujiang River and entered Cangyuan, Menglian and other places through zhenkang and Gengma, and part of them went down the south of Jinsha River and entered Luquan, Dayao and other places 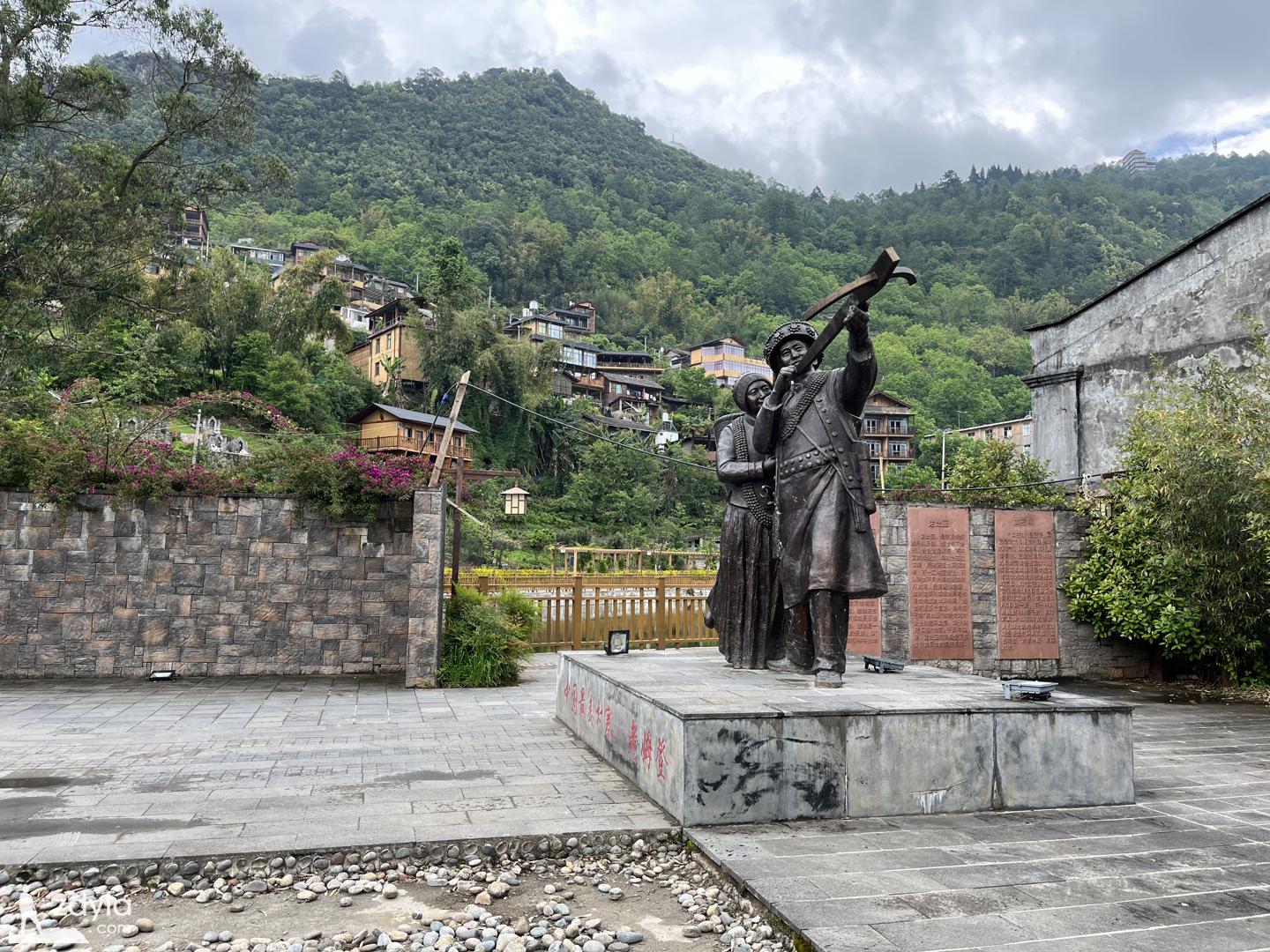 Vagrant nations are always discriminated against, which is somewhat similar to the situation of Jews. For a long time, the majority of Lisu People have been brutally exploited and oppressed by the landlords, chieftains and chiefs of their own nation and other nations, living a very miserable life. Until one day, those servants of God who came from thousands of miles came to them and told them that everyone is equal before God and that God loves the world. At this time, they began to be respected and found the dignity of being human in front of God! This may be a major reason for their rapid return to Christianity

In luojiasheng village of Bingzhong, there is a Chongding Catholic Church. When it comes to Chongding church, we have to mention an incident called "white Hanluo case"! 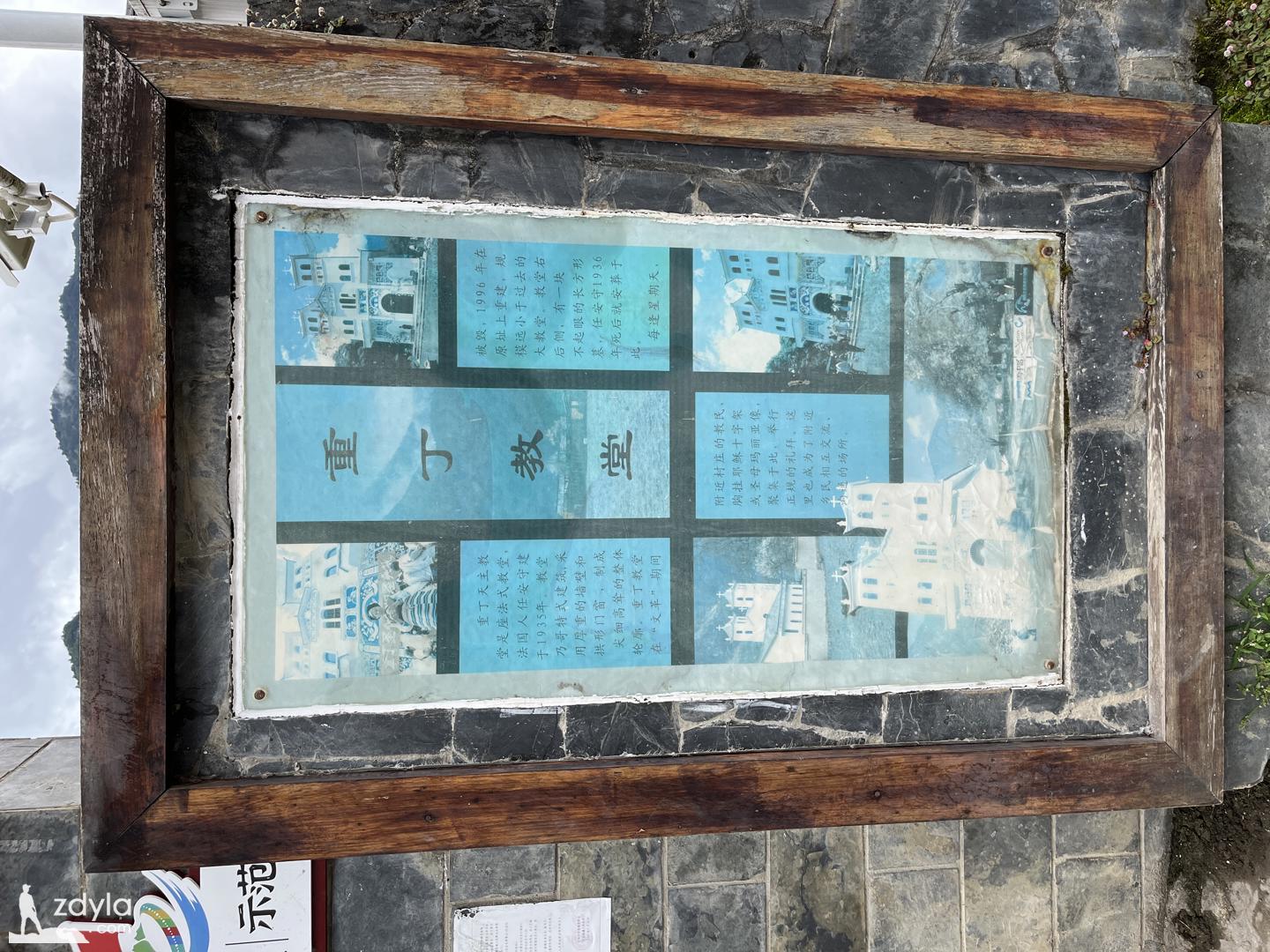 In those days, Catholicism was introduced into China with the invasion of France. Local people were forbidden to believe in Buddhism, forced to believe in Catholicism, interfered in mass marriages, forcibly occupied land, and forcibly sent migrant workers, which aroused strong dissatisfaction among people of all ethnic groups. On July 20, 1905, Tibetan and nu leaders gathered hundreds of people in Bingzhongluo, killed and rushed to baihanluo, and burned down the foreign church. This is the "baihanluo religious case" in history.

Ren anshou is the protagonist of the "white Hanluo case". He is a French missionary. After this incident, he narrowly escaped and ran to Kunming, and asked the Yunnan Guizhou governor Yamen to pay 300000 liang of silver and send troops to suppress the "chaotic people". At that time, the Qing government was weak and deceptive. It not only sent troops to suppress the local "rioters", but also paid 50000 liang of silver to rebuild the church, which was also built with this money

Chongding Catholic Church is a Gothic church, which was completed in 1935. It took a whole decade to build. 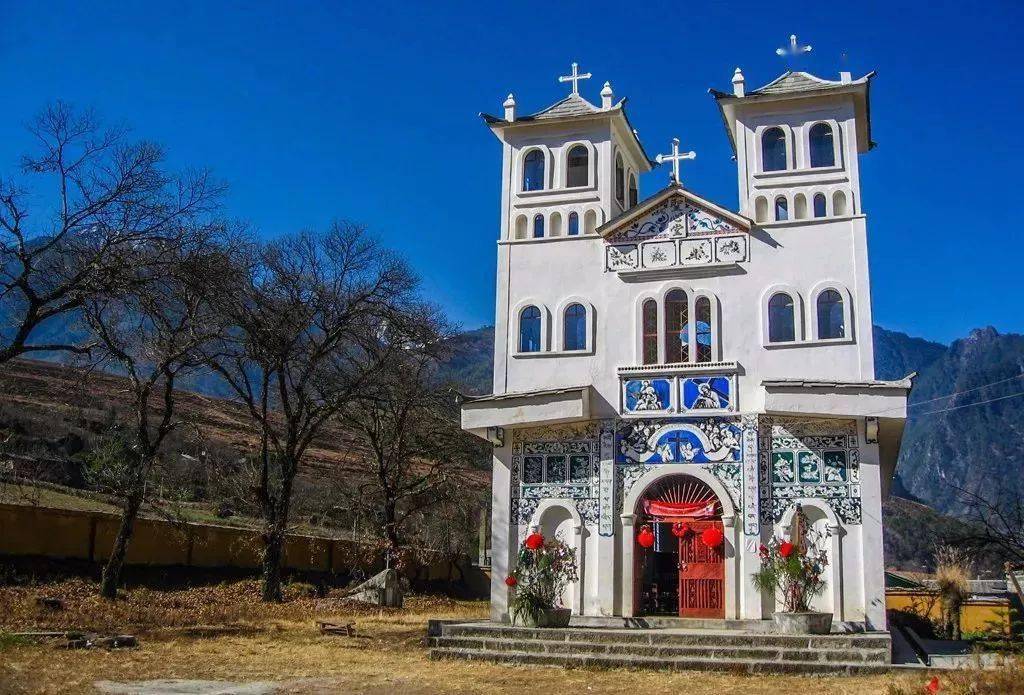 The church adopts thick walls and thick doors and windows to make a sharp and towering overall outline. There are murals with dark green and blue flowers and grass decorative patterns on the outer wall. The decoration is extremely beautiful and looks fresh and white. A black cross is painted directly above the arch of the gate, with a winged cherub on both sides and murals of the Catholic doctrine of charity. The words "Sacred Heart Church" are engraved under the eaves of the two slopes in the middle.

On the right rear side of the church, there is an inconspicuous rectangular tomb, where Ren anshou was buried by villagers after his death in 1936, sleeping in the nearest place to God.

After entering the Nujiang gorge for a few days, I can deeply feel the hardships of life in this poor mountain and water. It can be imagined that the environment a hundred years ago was worse, which makes me have to admire the pioneering spirit of these people

However, our country has experienced many painful lessons similar to the "Xilin case", how can we not doubt that this is the prelude to cultural invasion and rule

It is meaningful that Nujiang people absorbed the good side of Christianity, formulated the regulations of Nujiang people not smoking or drinking, taught people not to steal or do evil, got rid of the heavy economic burden brought by buying and selling marriage and sacrificial sacrifice, and improved the level of cultural knowledge 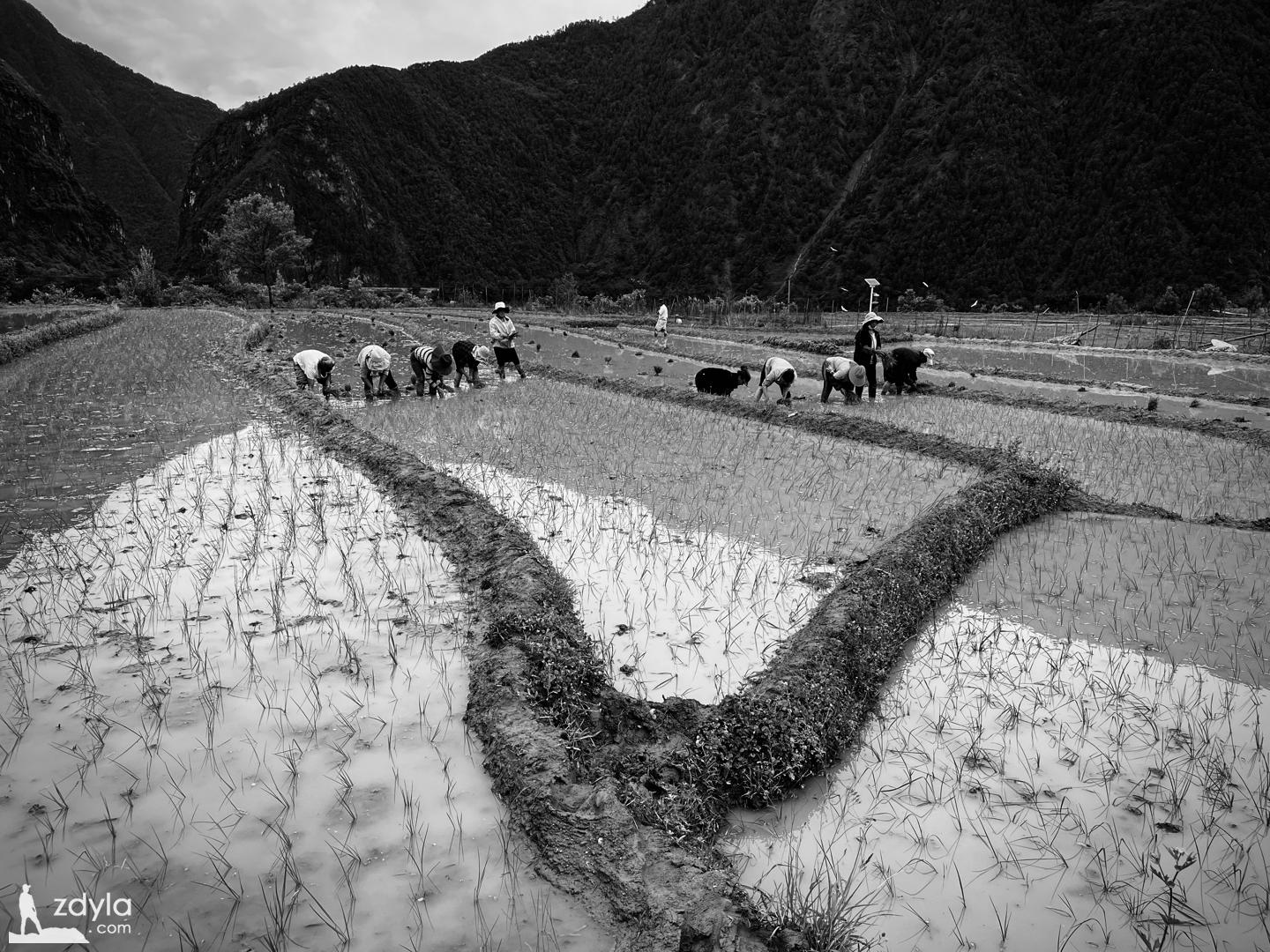 Now, the Nu River Gorge is connected by roads, and it is no longer the closed and backward world. The new generation of Nujiang young people live a fashionable life. They also hold smartphones while brushing short videos and chasing dramas. Like all young people in the world, they no longer care about the survival of faith.

I look at the closed churches. I don't know how many people will go to sing and pray, which turns the clear song that once existed into a regretful beauty, lost and looking forward to

Like The Article To View All
Prev: Bingzhongluo where human beings and gods live together
Next: Xiala of Nu people