This is actually a little difficult to explain, because I am a scenery lover! The ancient village is not so attractive to me, because "the ancient village in Yunnan" knows all about it. Even the name Nuodeng ancient village was heard from my childhood Chen. She strongly recommended me to come, and I agreed. However, it may be the "Tai Chi map" of Yunlong County that attracts me here

Yunlong Taiji diagram is a landscape wonder formed by nature over thousands of years. It is located one kilometer north of Yunlong County. Because the cujiang river flows around an S-shaped bay here, it looks like Taoist "Taiji". To the east of this natural Taiji diagram, Nuodeng river flows in, so it is called "Taiji locks water" by the ancients. 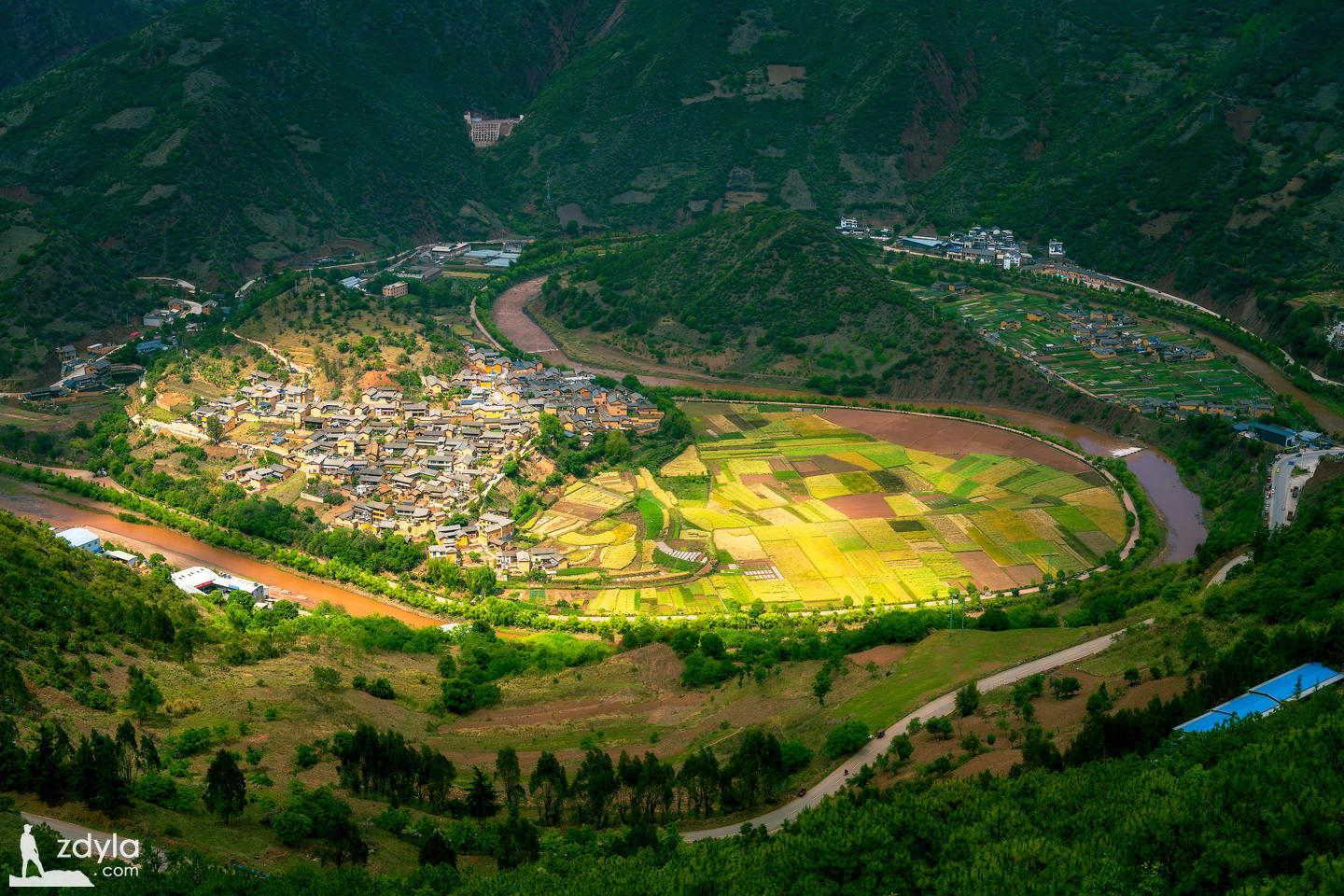 Cujiang river is the largest tributary of Lancang River in Yunlong County. It is the mother river of Yunlong County. It winds from the northeast and passes around zhuangping dam and lianjingping dam. After thousands of years of scouring, it outlines this natural Tai Chi wonder. The hill behind zhuangping is like a lion's head, and the hill behind lianjingping is like an elephant's trunk. After the two mountains is the road to Nuodeng village. The ancients also called this "lion elephant gate".

There is a Tai Chi map observation platform on the mountain to the west of the Fujiang River. You can easily overlook "Tai Chi" from the observation platform. In summer and autumn, the Jiujiang river is bordered with red ribbons, and the two fish shaped dams are opposite each other like two green silk blankets. The surrounding Yunling mountains are covered with clouds and mist, and the mountains are surrounded by mist. It is really like the Taiji heavenly instrument used by the heavenly palace in the legend left on earth. 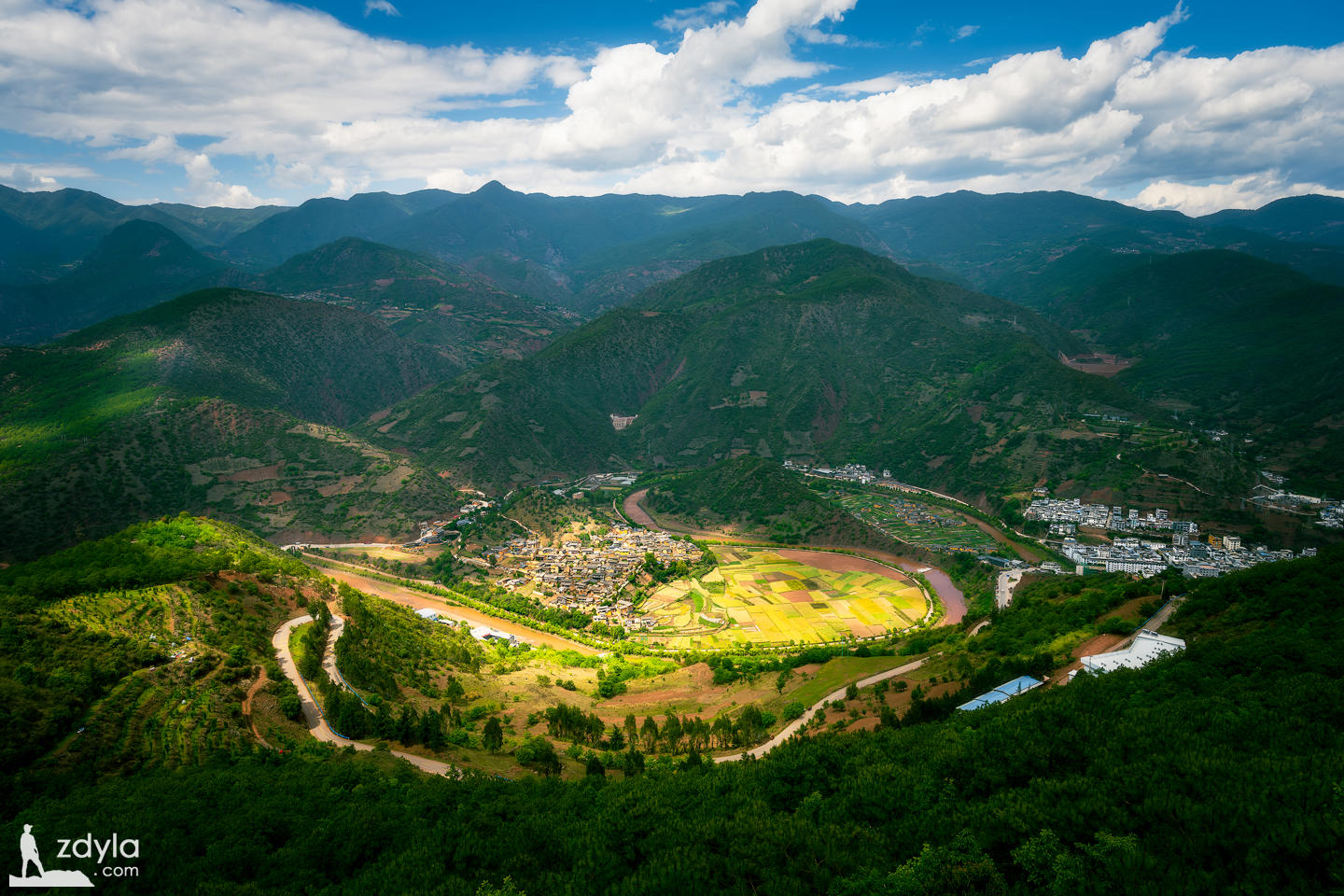 The "Tai Chi diagram" faces the Nuodeng Jade Emperor Pavilion in the East and the Sanqing hall in Hutou mountain in the south. The natural figure is connected with the highest temple in Chinese Taoist belief, which fully reflects the Taoist cultural concept. It can be called "the unity of heaven and man". 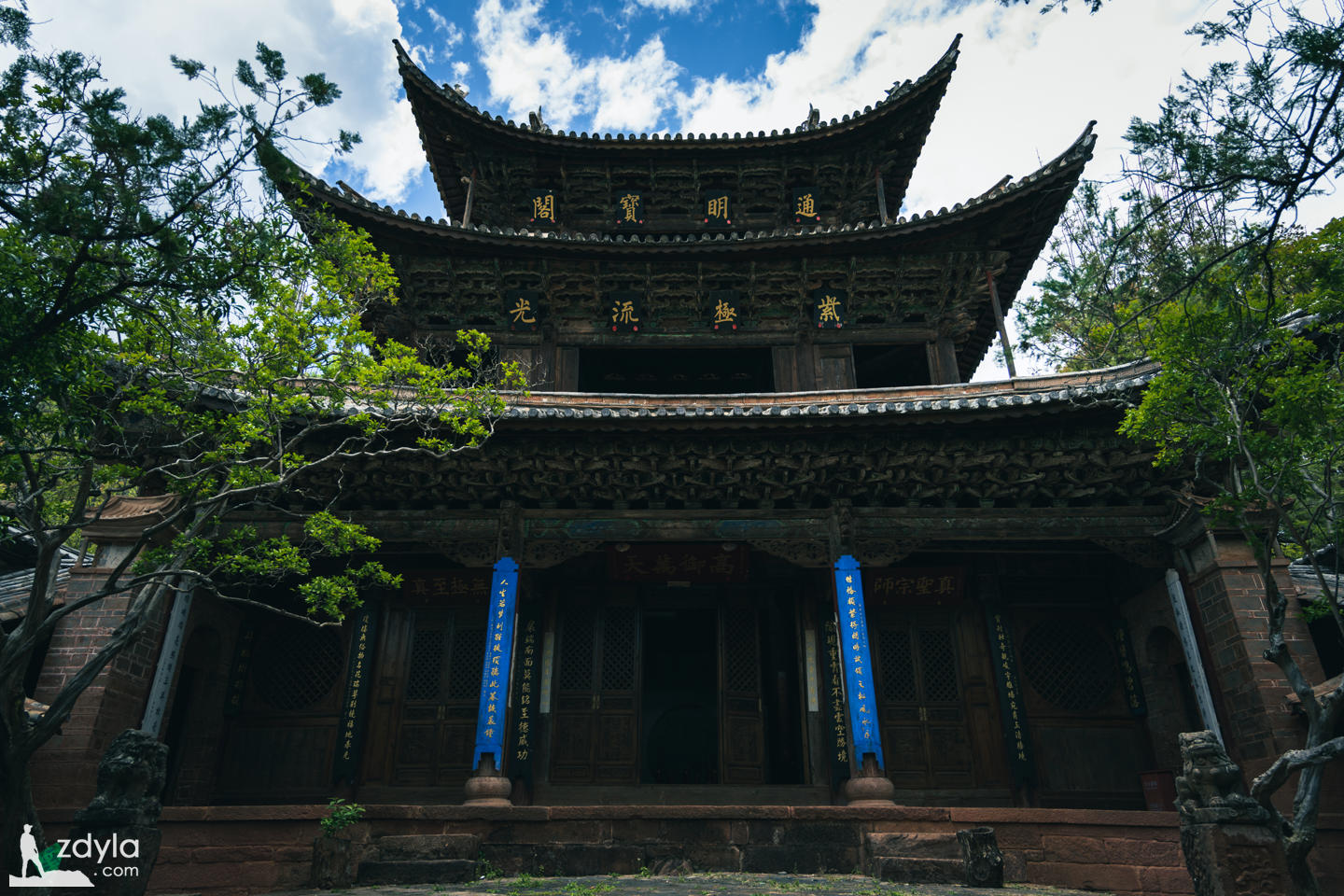 Or because of this, ancient Taoists and sages chose this place to build temples and preach. After a little more understanding, I know that Taoism has been introduced into Yunnan for such a long time, which can be traced back to the end of the Eastern Han Dynasty, even at the beginning of the founding of Taoism.

At first, Taoism had little influence in Yunnan. Until the Tang Dynasty, Taoism introduced into Yunnan was combined with the witch religion of the Yi people in Yunnan, and soon developed centered on the Weishan mountain in Dali. Taoism has a great influence on the famous ethnic groups in western Yunnan, so that the Dongjing meetings of the Bai, Naxi and other ethnic minorities are related to Taoism. After the Ming and Qing Dynasties, the development of Yunnan Taoism has entered a heyday 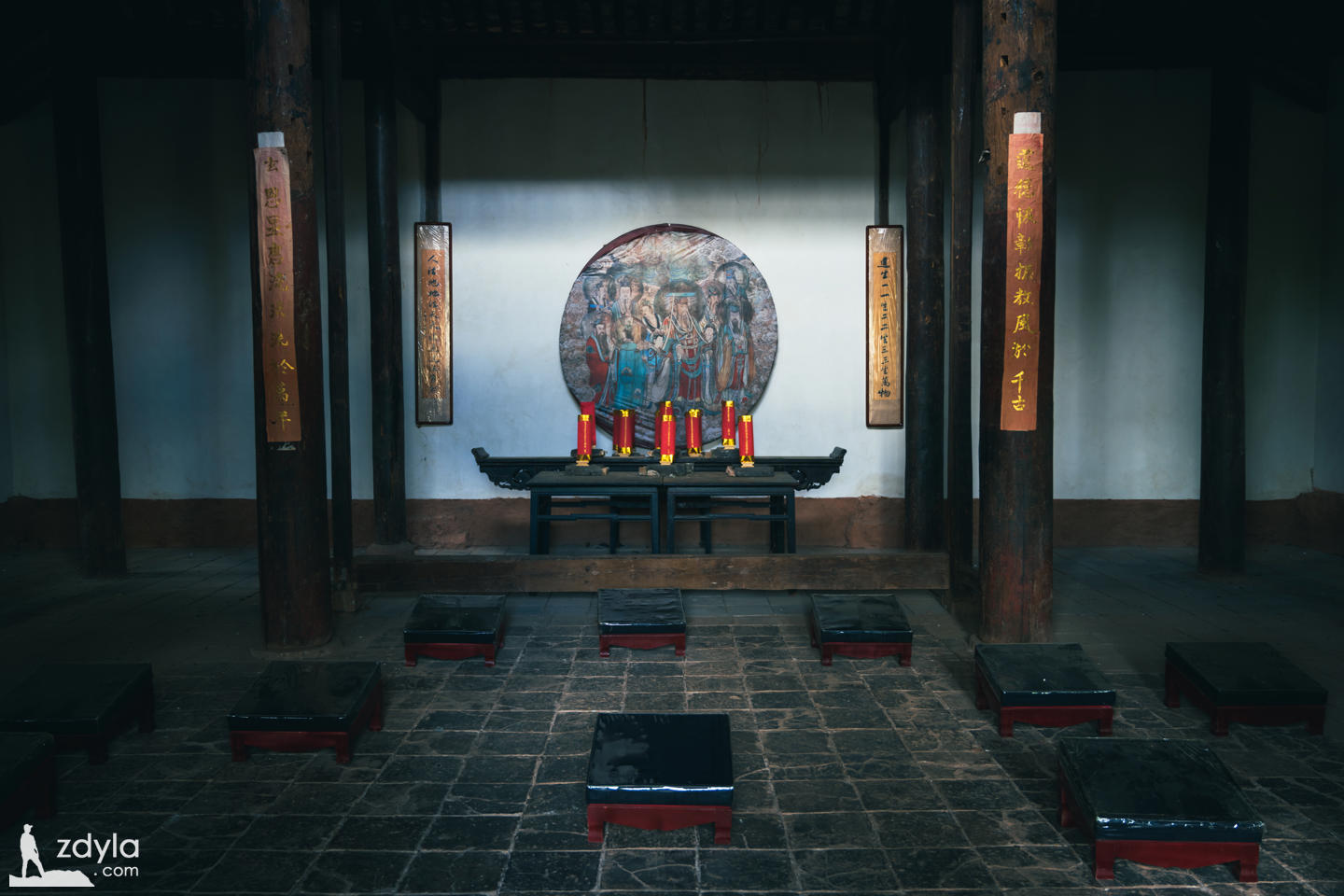 At the beginning of coming to Yunlong, I didn't feel the influence of Taoism here. I even saw the "Tai Chi diagram" and thought it was the work of nature. Until I entered the ancient village of Nuodeng and ascended the Jade Emperor Pavilion, I was really surprised by the ancient documentary documents engraved on the stone tablets in the pavilion. I didn't expect that there was a large-scale Taoist temple in such a remote mountain village. The Jade Emperor pavilion was full of incense in ancient times, There have been so many lively activities 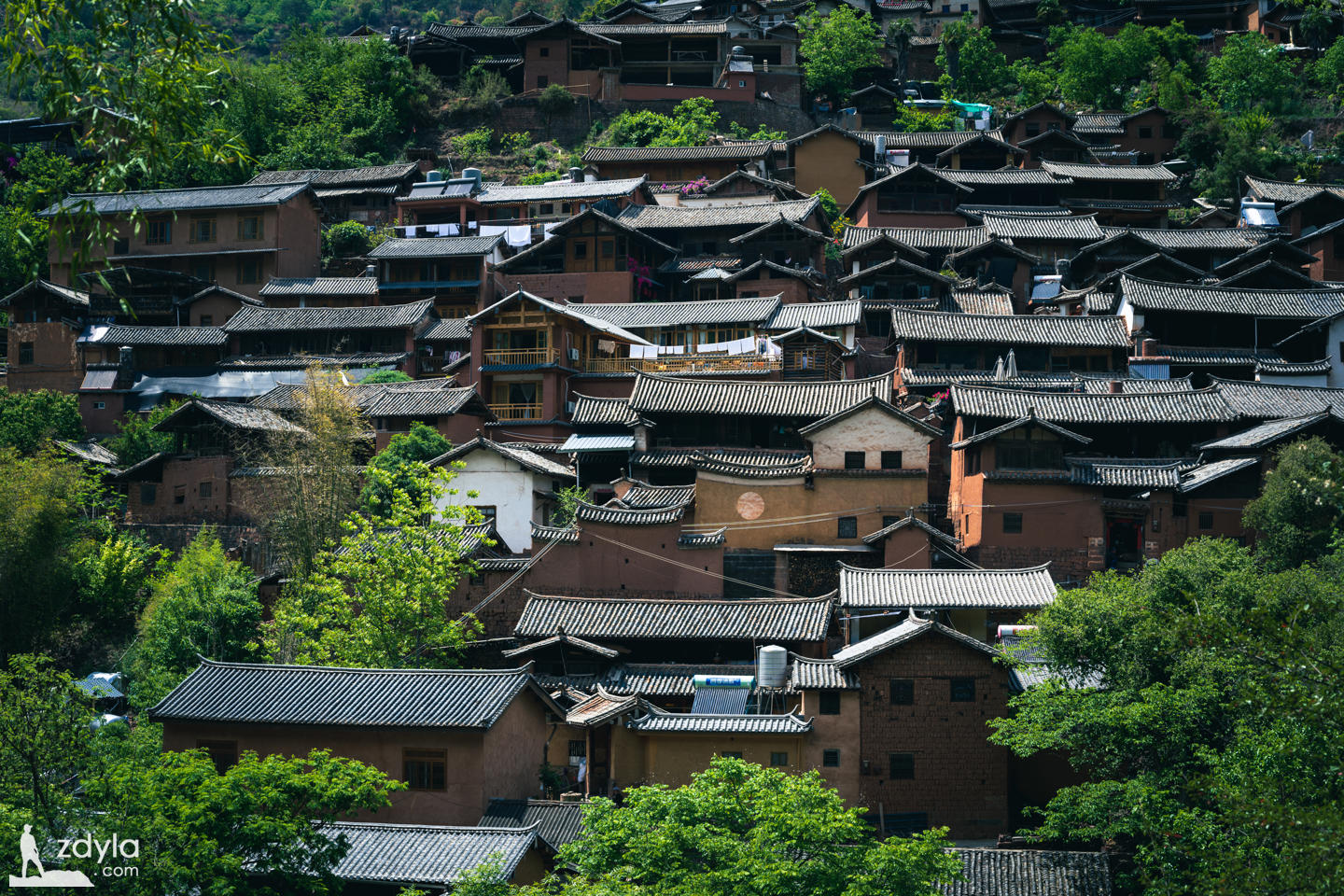 Nuodeng ancient village has a long history and is the oldest Bai village in Yunnan Province. The ancient village contains extremely rich cultural and tourism resources. There are more than 100 ancient residential courtyards built close to the mountain and with elegant style, more than 10000 antique cultural relics, more than 100 ancient trees and famous trees, as well as the ancient buildings of the Ming and Qing Dynasties, such as the Jade Emperor Pavilion, the Confucian temple, the Wu Temple, the Dragon King Temple, the Lingxing gate, and other cultural relics, such as the salt well, the salt bureau, the former site of the Yamen of the salt division and the Post Road (the ancient salt horse road). 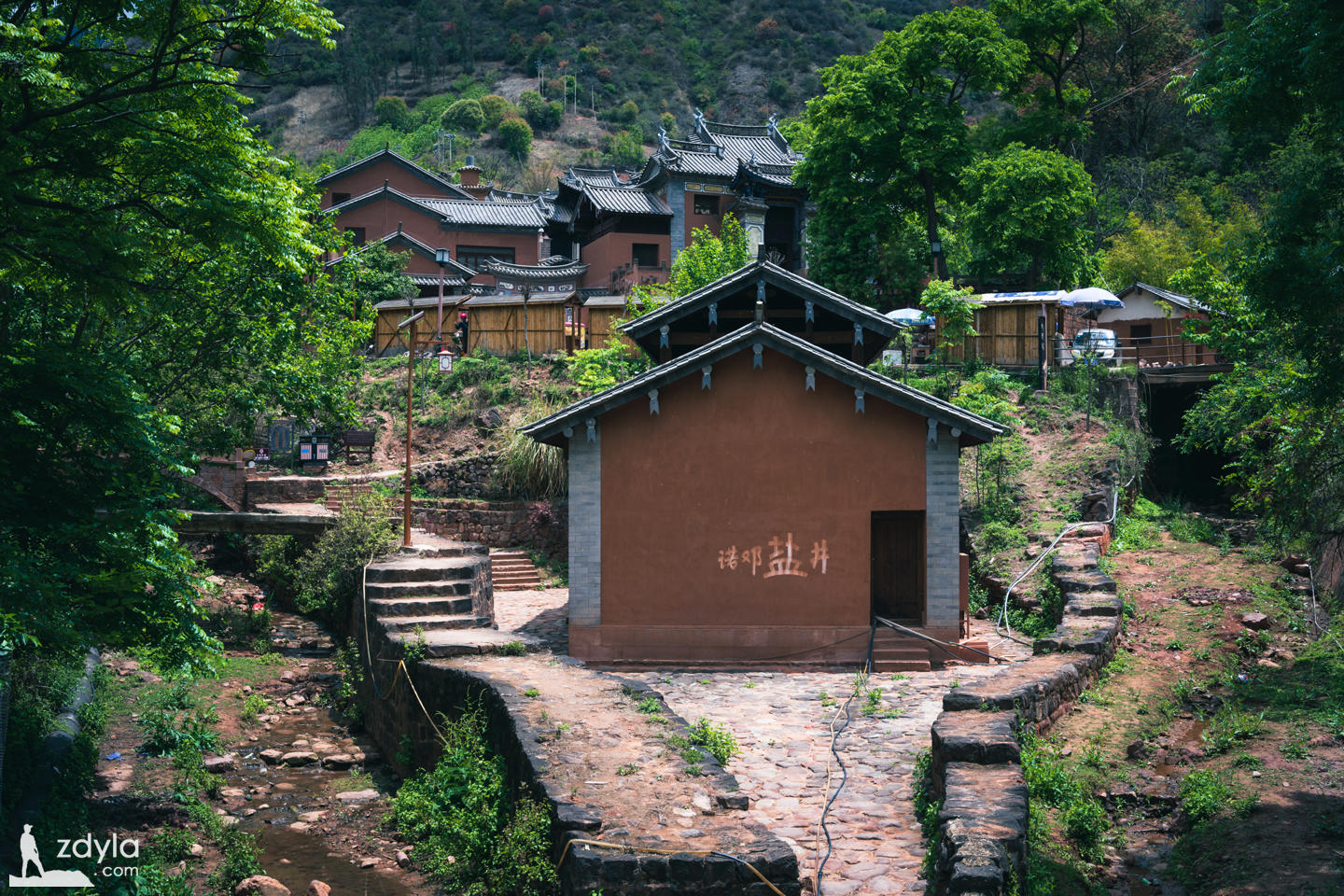 Of course, the long history of Nuodeng ancient village can not be separated from salt, because the importance of salt in ancient times is well known. As early as the Han Dynasty, there was a saying of "Yunlong two wells". The ancient book "man Shu" of the Tang Dynasty clearly recorded the "Xi Nuo Deng well". Yunlong's salt industry development has a history of at least 2000 years.

In addition to Nuodeng salt well, Yunlong also has ancient salt producing areas such as Shimen well, Baofeng well, patio, Dajing, shundang well, Shijing and Shanjing. For more than 1200 years since the Tang Dynasty, thousands of caravans and salt merchants carrying salt have come from south to north. They sell the transported goods in the salt producing areas, and then buy salt, tea, medicinal materials, etc., and transport the goods to various places along the ancient roads. The development of Yunlong's salt industry economy has led to a gathering of merchants, which naturally makes Yunlong's salt producing areas the starting point of the ancient salt horse road.

The ancient Yanma road has promoted the cultural exchanges among ethnic groups. There are more than ten ethnic minorities living along the Yanma ancient road, mainly including Bai, Lisu, Dai, Yi, Achang and Hui. Beyond the Yunlong boundary, there are more than 20 Ethnic Minorities along the ancient road, including Tibetan, Naxi, Nu, Jingpo, Bulang and Yi. In the process of various cultural exchanges, religious culture is its most important component 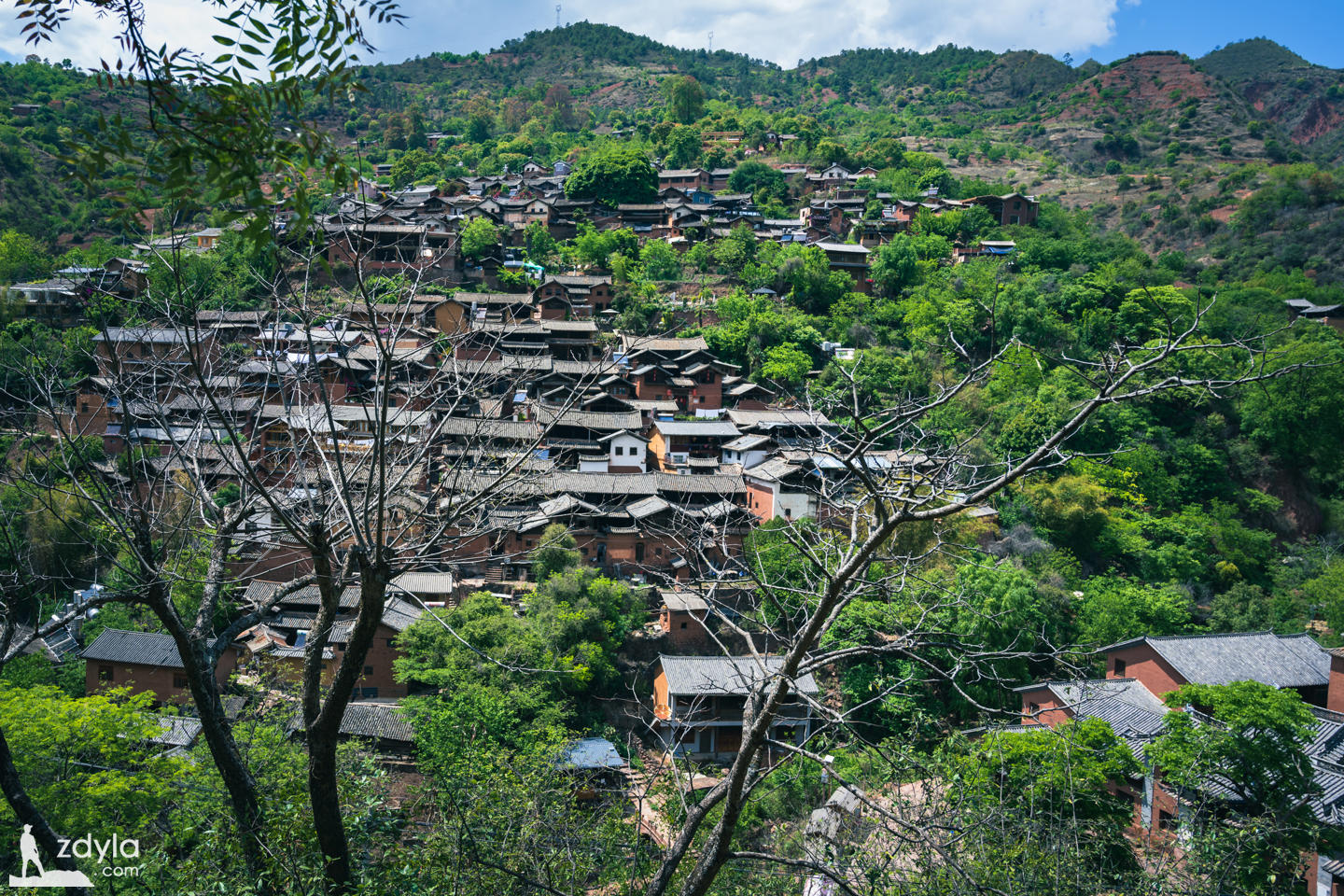 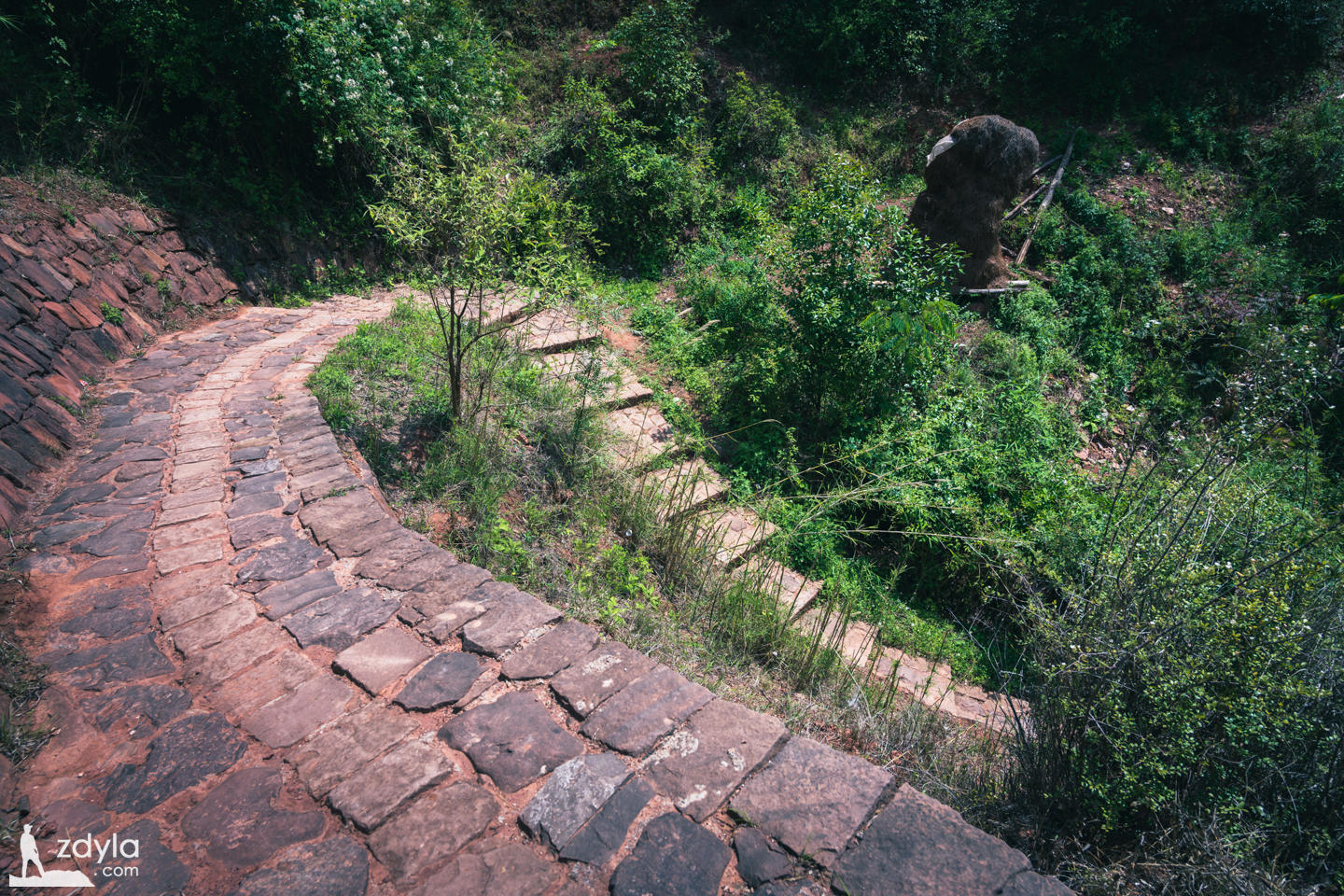 Today's Norden may only be viewed from afar, not near. Although the wall is a room or an ancient room, and the wall is also an ancient wall, walking into the room can let you go back to modern times in an instant! I feel that once the ancient village becomes a scenic spot, there will be very few aborigines. People in the village go to the outside of the village to make a living. The owners of B & B outside the village swarm into the village and occupy nine out of ten of the village houses 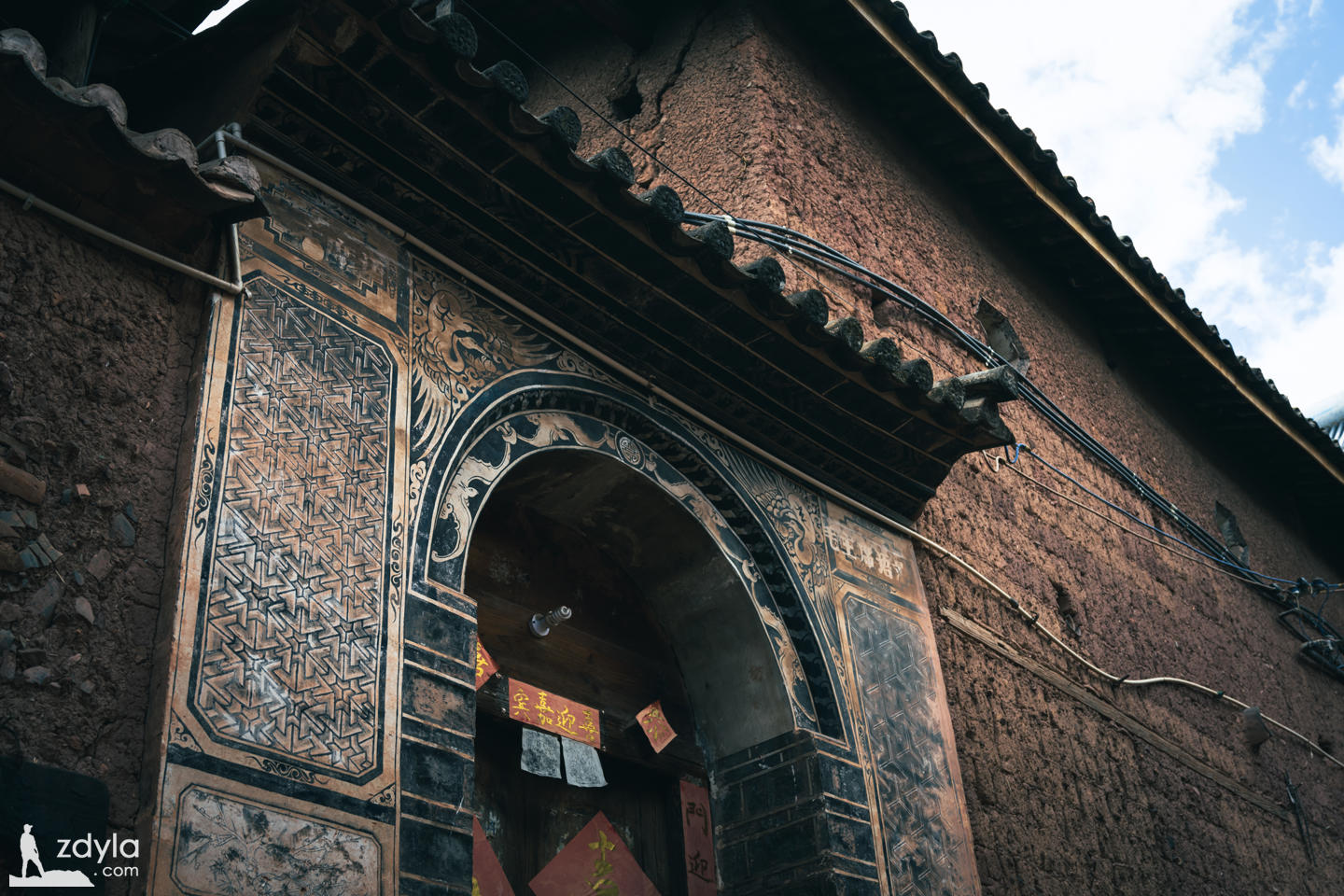 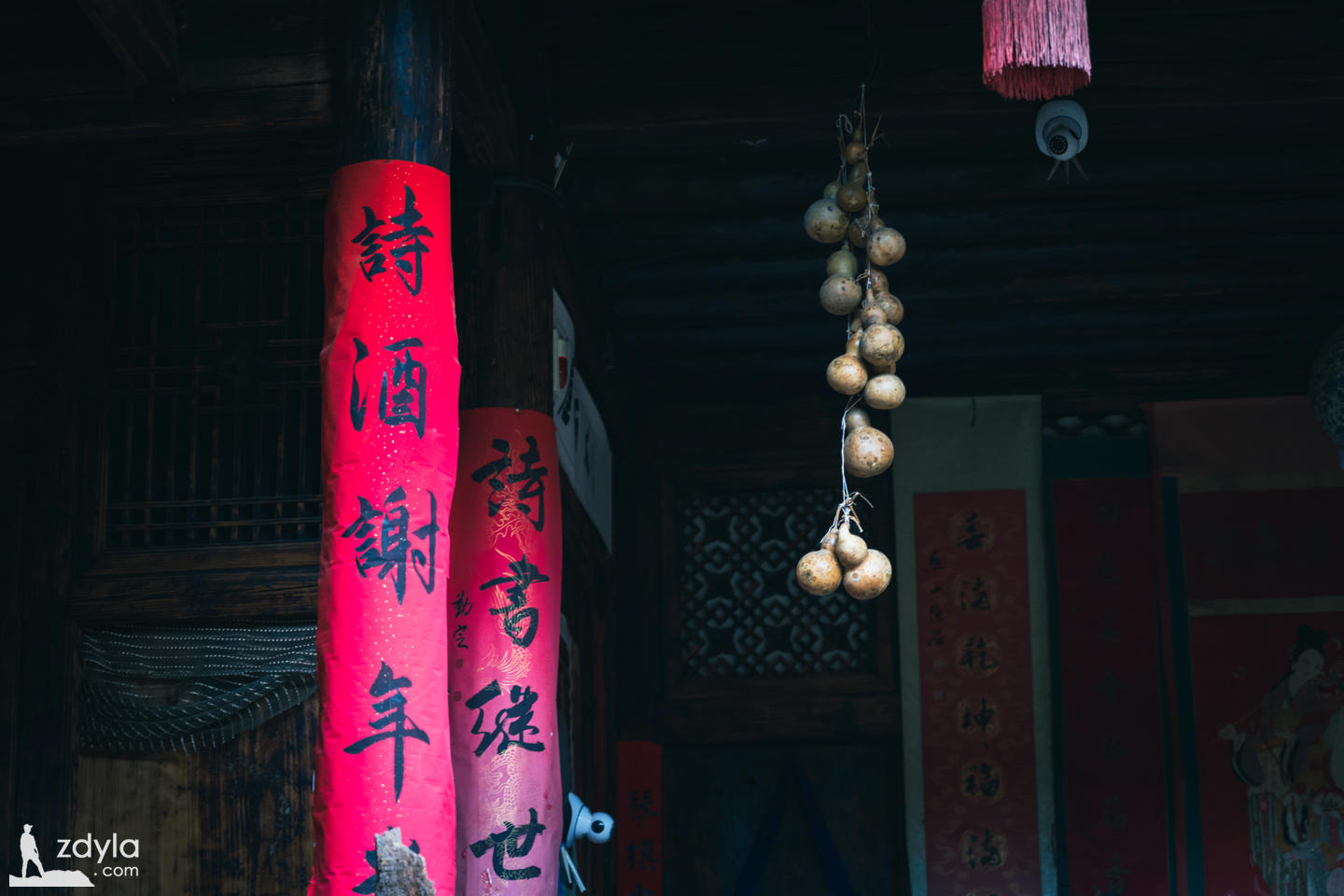 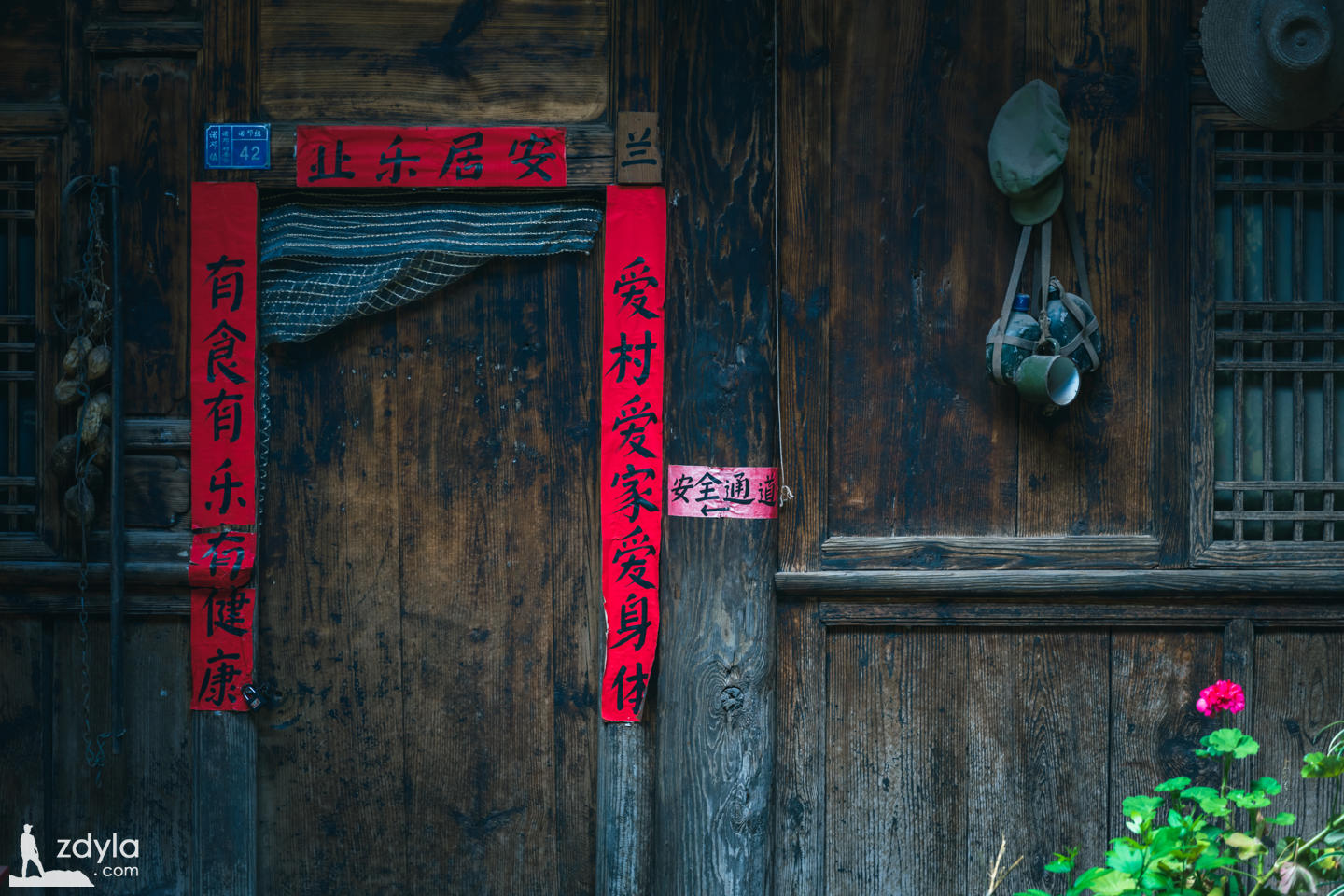 I walked along the path paved with big stones and touched the courtyard walls piled with loess, but I couldn't feel the ancient village. Apart from B & B owners and tourists, I can't see a few local people. It's as if there are no human fireworks here, which makes the ancient village look like a dead god

No comparison, no harm!

I like Guizhou, which is full of humanities, and also like Zhejiang, which is developed in commerce. "Neither commerce nor humanities" deeply expresses my "ancient village in Yunnan" and has become one of my mockery of Yunnan Tourism

Prev: I photographed the starry sky in Yuanmou tulin
Next: Erhai crystal