Wander outside reality door ZDY ' LOVE
now you really got I photographed the starry sky in Yuanmou tulin
Use love to fantasize... 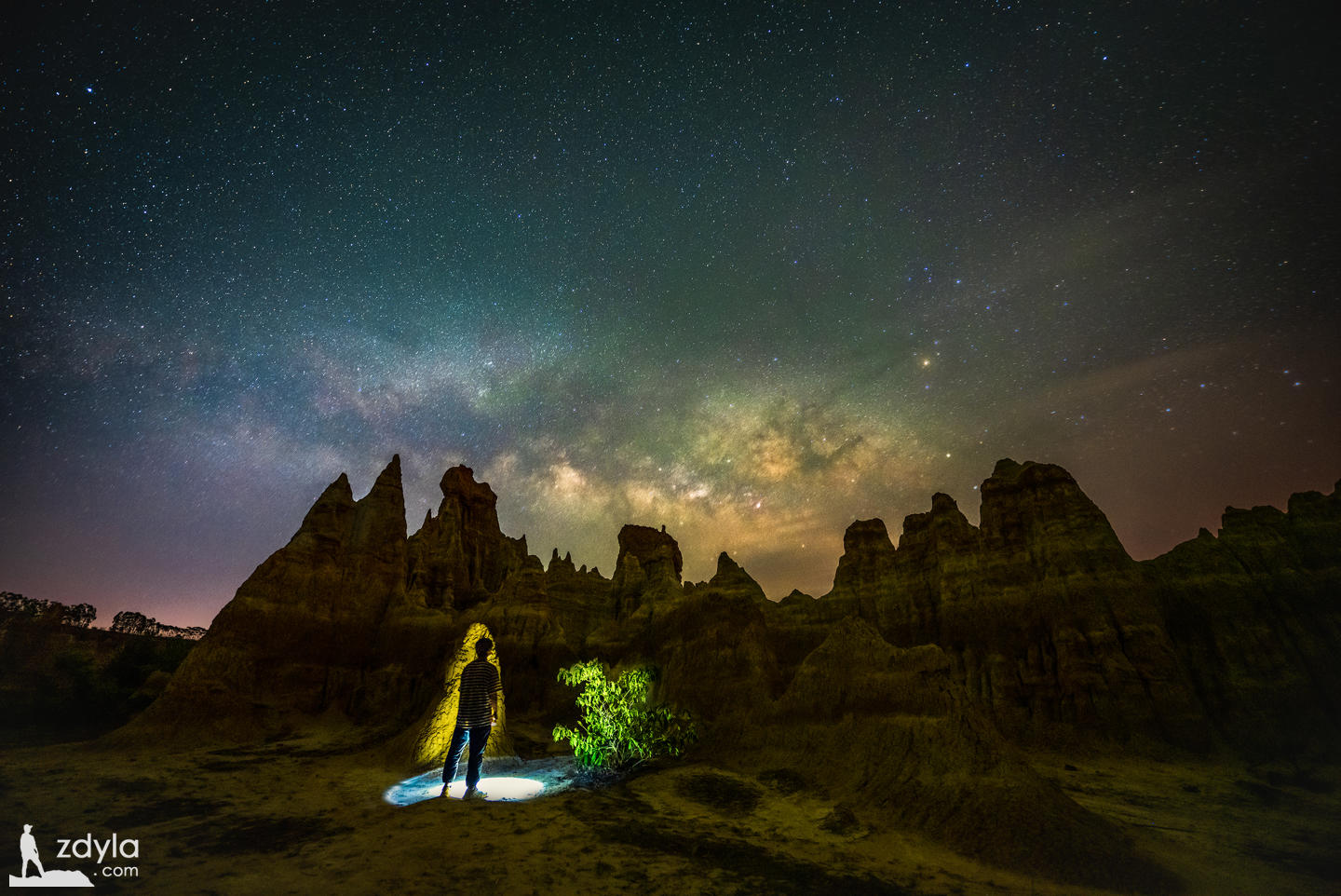 At the end of April, Yuanmou was already extremely hot. The dry air made my throat itch. I didn't care about drinking water. I just wanted to get to the tulin scenic spot as soon as possible

In fact, I could see the earth forest landscape when I was close to Yuanmou County, but as a Star lover, I naturally chose a remote place with less light pollution, so I chose langbapu earth forest.

To tulin, you need to pass through both the county and the rural roads, but the overall road conditions are acceptable. The one-way distance is about 30 kilometers. After paying the ticket and health fee, the administrator of the scenic spot allowed me to drive into the scenic spot, and the rest was waiting for the night to come

At the moment when I saw langbapu earth forest, I was a little disappointed. I also said that its scale was the larger one, but in fact it was just that! I've seen the magnificent epic Danxia and Yadan in the northwest. I'm a little dismissive of the earth forest of this size

It was already 6:30 p.m. at this time. I wanted to find a sunset plane before 8:00 p.m., so I didn't bother to rest. I held the camera back and forth on the twoorthree kilometer observation deck 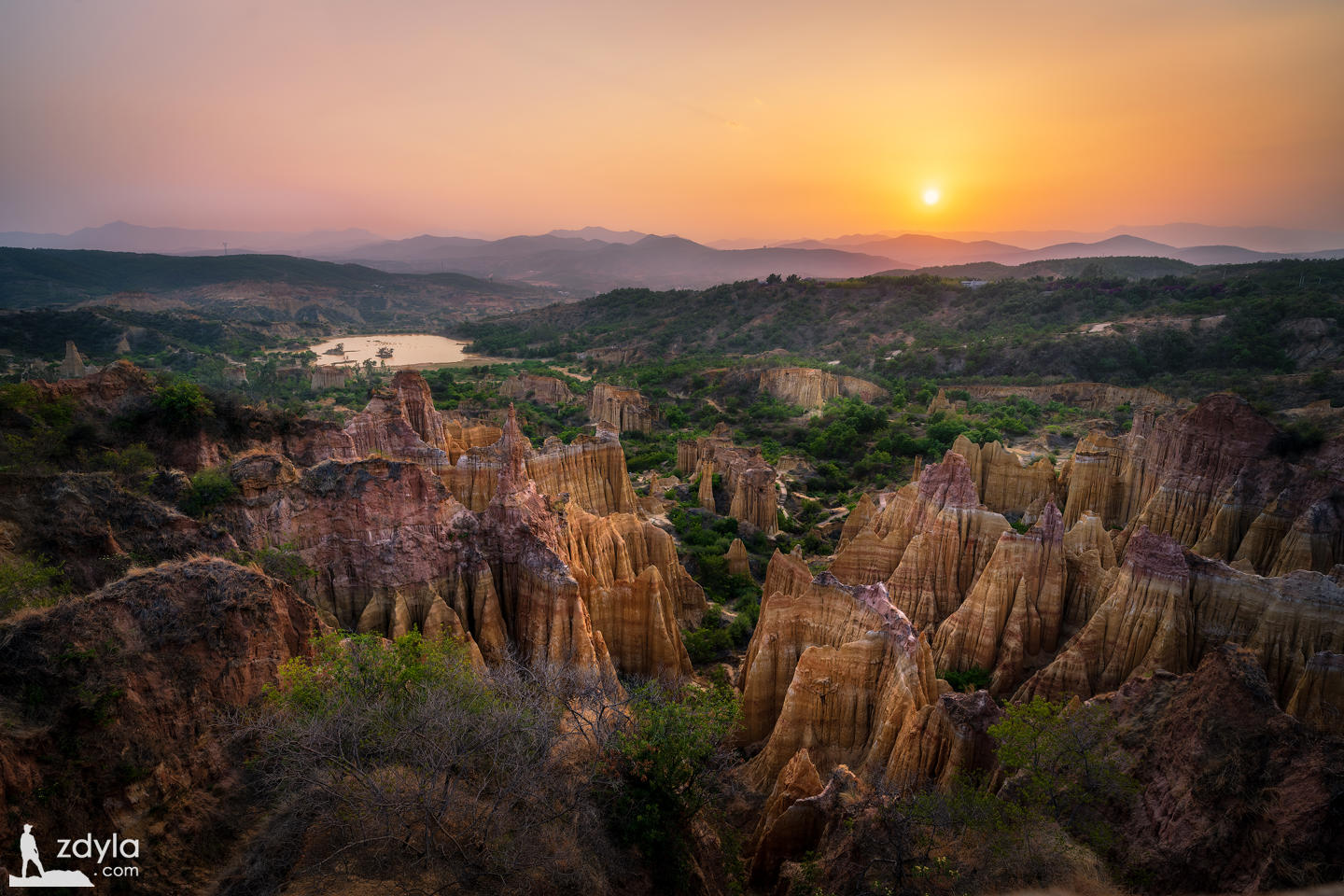 The viewing platform of langbapu earth forest is built along the cliff. Under the cliff, earth forest columns spread like tree roots into the valley. Various forms of earth columns are randomly distributed, making the earth forest form a colorful posture. It is really a wonderful natural landscape!

There is a small sand lake at the end of the spread of the earth forest column. I don't know whether it is natural or artificial. It really makes the finishing touch! The afternoon sun is strong and dazzling. The blue sky and the yellow earth forest form a strong contrast, which looks very spectacular

When I set up my camera, I always felt uncomfortable when composing the picture. Maybe it was my obsessive-compulsive disorder. These earth forest pillars were always distributed in a simple and disorderly way. They always looked strange. Seeing that the sun was about to set, I didn't care to find a new plane. Let's shoot them first!

As night fell and the sky darkened, I was busy shooting the sunset, and I was worried about the starry flight at night. I had to go deep into the earth forest to take pictures of the starry sky. Only when I was in the earth forest could I incorporate the unique landscape into the picture. I wanted to find a seat before dark, but I was a little tired, and my stomach protested loudly at this time. I decided to rest first and entrust the choice of seat to my luck in the late night!

It was already more than 10 o'clock in the evening after having a good meal. Although I had no rest to prepare for another expedition, I was excited by the clear and deep starry sky! Through the weather forecast, I know that the clouds will gather in a few hours, so whether the most important shooting of this trip can be completed depends on this opportunity

Deep into the earth forest, I was the only one in the dark environment. I held up my headlights and looked around. I found that I was so small standing under the tall earth forest column. This feeling overturned my view when I looked down from the observation deck 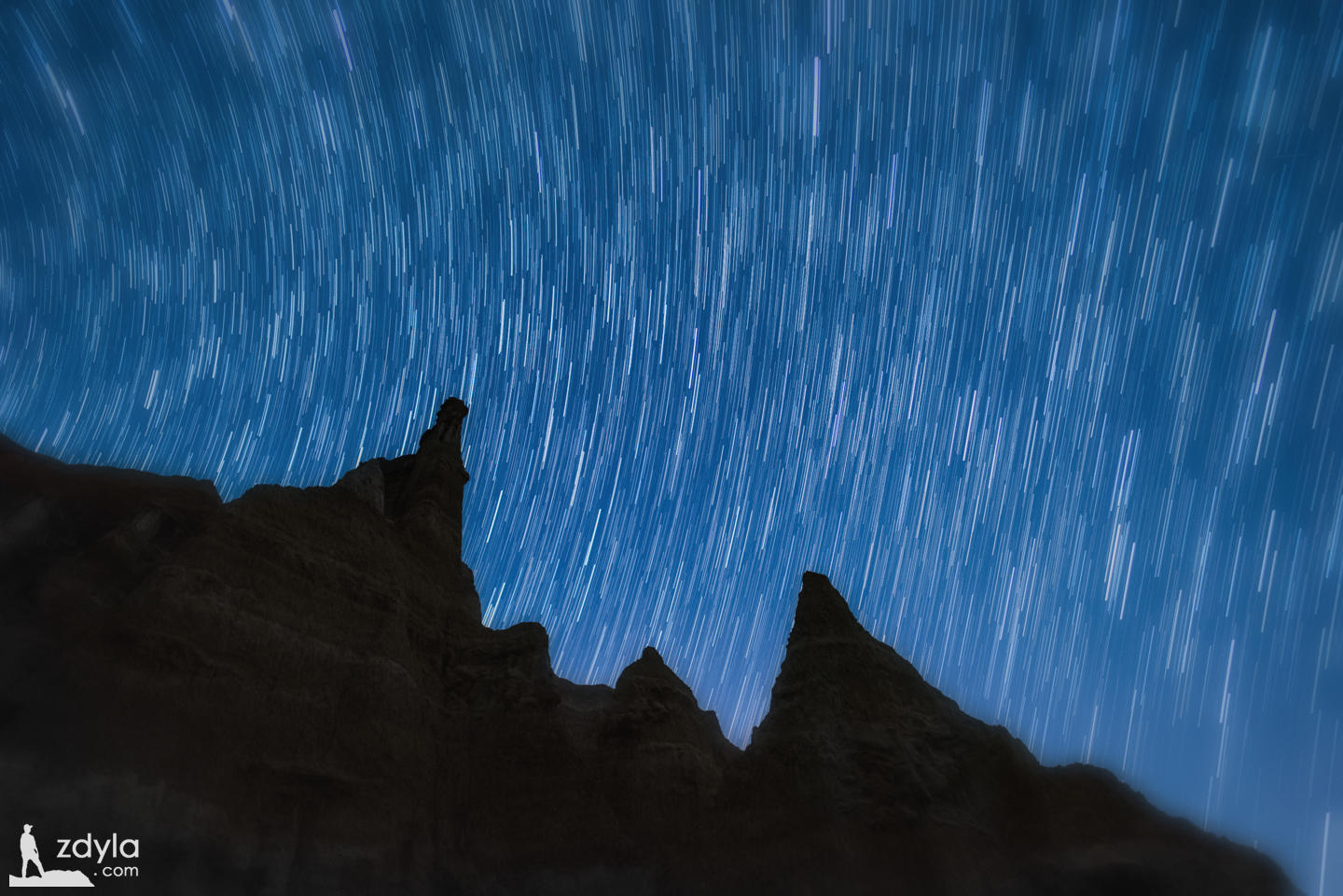 The tulin pillars under the black star sky make me associate with them involuntarily. They look like both soldiers and monsters. Whenever I feel a little timid, I have to shake my head to stop thinking!

I shuttled between these columns, looking for the location of the Milky way in the sky, and looking for the right scenery to shoot. Fortunately, I was lucky enough to find the scenery very smoothly. I quickly set up my camera and started the delayed shooting of the Milky way in the sky.
With the camera working, I seem to have no other work besides waiting. I lay on the ground and looked up at the stars. My body could finally relax, but my mind began to emerge

Prev: The starry sky of the earth forest
Next: Yunlong, Taiji, ancient village