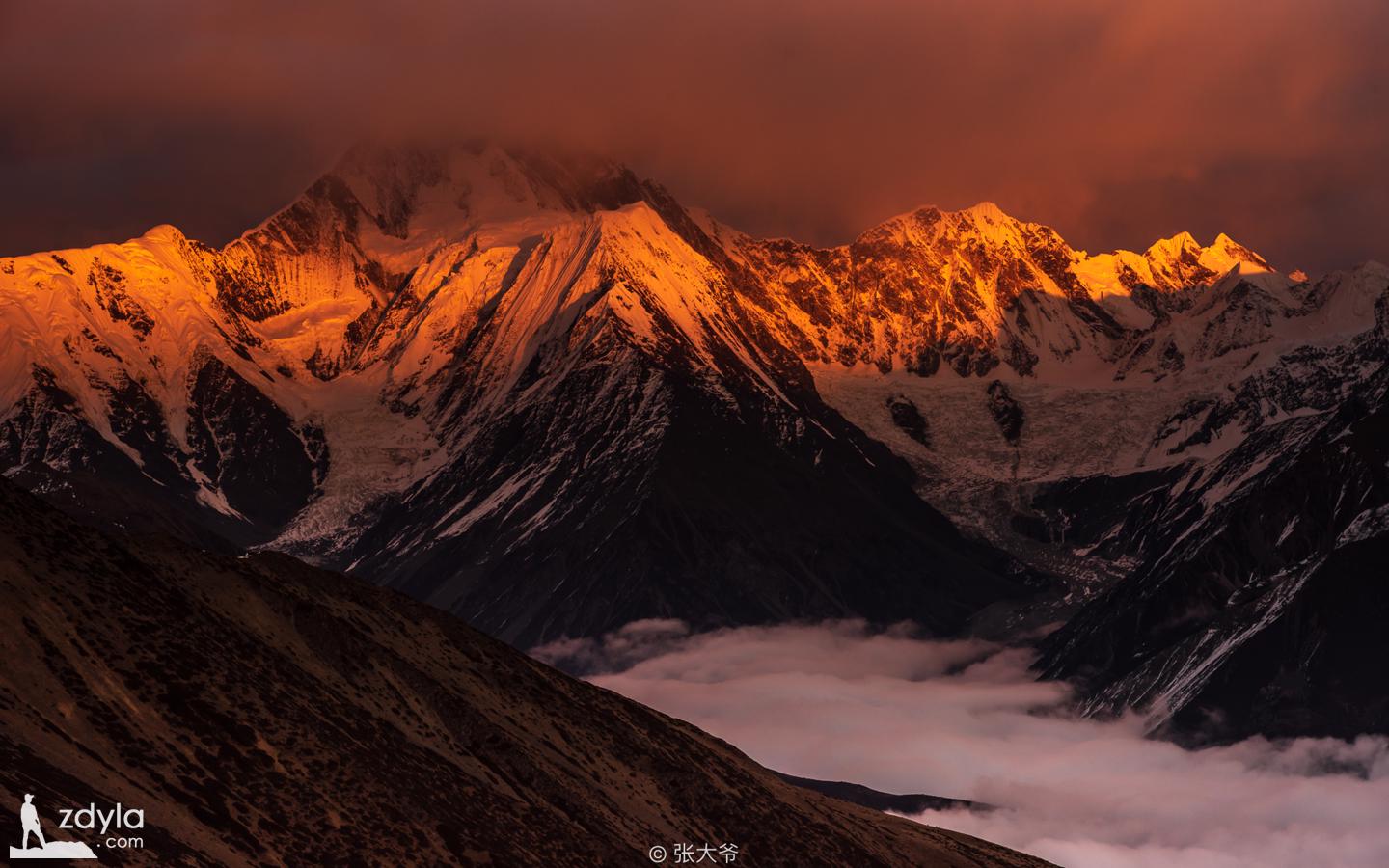 In the dinner room, we sat around the fire in boredom. Aung asked the teacher, "where did you go today?"

"To the spring beach..." I said excitedly, "Quanhua beach is so beautiful!"

"There is also a Yulong xiyakou in the village, do you know?" Mr. ang rang asked

I never asked to say that this Yulongxi pass, since it is called "Yulongxi", must be near the village! I shook my head and said, "no I haven't heard of it. I only know that there are Yaha pass and Zimei pass... "

Teacher ang rang went on to say, "Yulong xiyakou is in the back. You have to walk five or six kilometers..."

I asked him with interest, "is that right? Does it look good? "

Aung rang's teacher replied lightly, "well, it's nice. Opposite is Gongga snow mountain and the sea of clouds..."

Hearing this, I was a little surprised and asked, "what? And the sea of clouds

"Um..." Aung let the teacher nodded silently, took up the bowl and put the rice into his mouth, chewing it wholeheartedly. I know he's trying to whet our appetite, but I can't restrain my curiosity and ask, "right on the back of the mountain?"

Aung asked the teacher to nod again and said, "Well! It's the same as zimeiyakou. It's not too bad. It's worth going to... "

Purple's eyes are bright, and her heart seems to be excited. She can't sit any longer. She says, "let's go tomorrow!"

On one side of the smoke and rain is not calm, close to say: "must!"

Aung asked the teacher to put the last mouthful of rice in the bowl into his mouth, chewing it and reminding us: "not far, but not very close. It's five or six kilometers..."

I said, "cough Don't you keep climbing these two days! Five or six kilometers is too small... " I can't imagine how many mountains I haven't climbed yet. I have begun to sneer at climbing

The next day, we plan to take three to four hours to get to the pass at sunset, one to two kilometers an hour. I think it will be very easy! So, we set out after lunch. 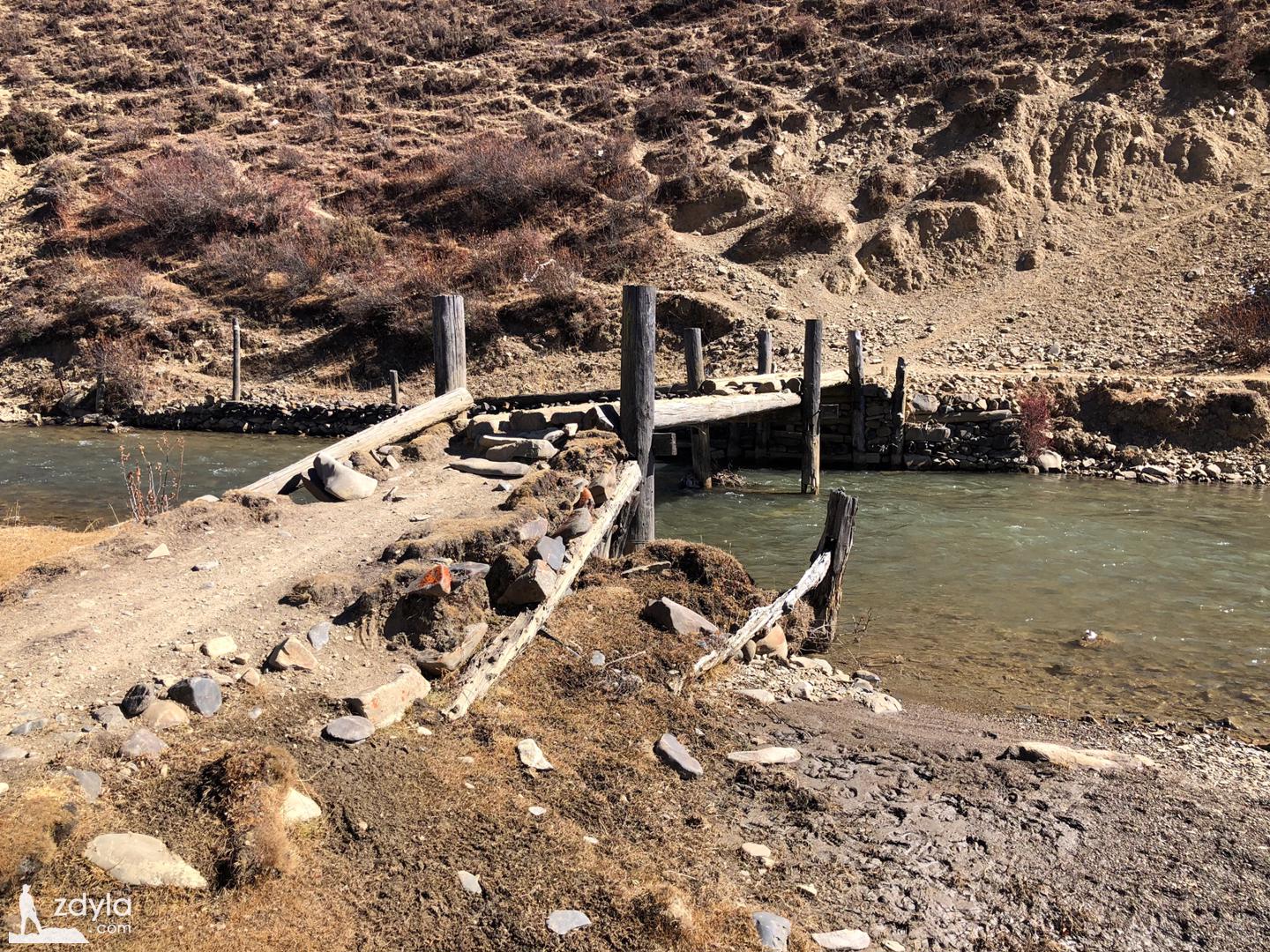 Aung asked the teacher to take us out in person and stood at the broad field of vision. He pointed to the valley opposite and told us it was there! In addition, there is a river in front of the valley. The river is very wide. It is impossible to get lazy and cross it directly. But there is a simple wooden bridge on the river. If you want to pass, you must find the bridge first! It's almost two kilometers from angrang's home to the bridge. After crossing the river, you will soon enter the valley.

The valley is lush and full of low brambles. The paths are woven all over the hillside like a net, which are made by cattle and horses. At the end of autumn and the beginning of winter, the scenery of the valley has been gone for a long time, and there is no view to enjoy all the way. We can only climb the mountain wholeheartedly. Sometimes we can lie down and bask in the sun when passing by the lawn where cattle and horses live. This is the only fun in the process of climbing! 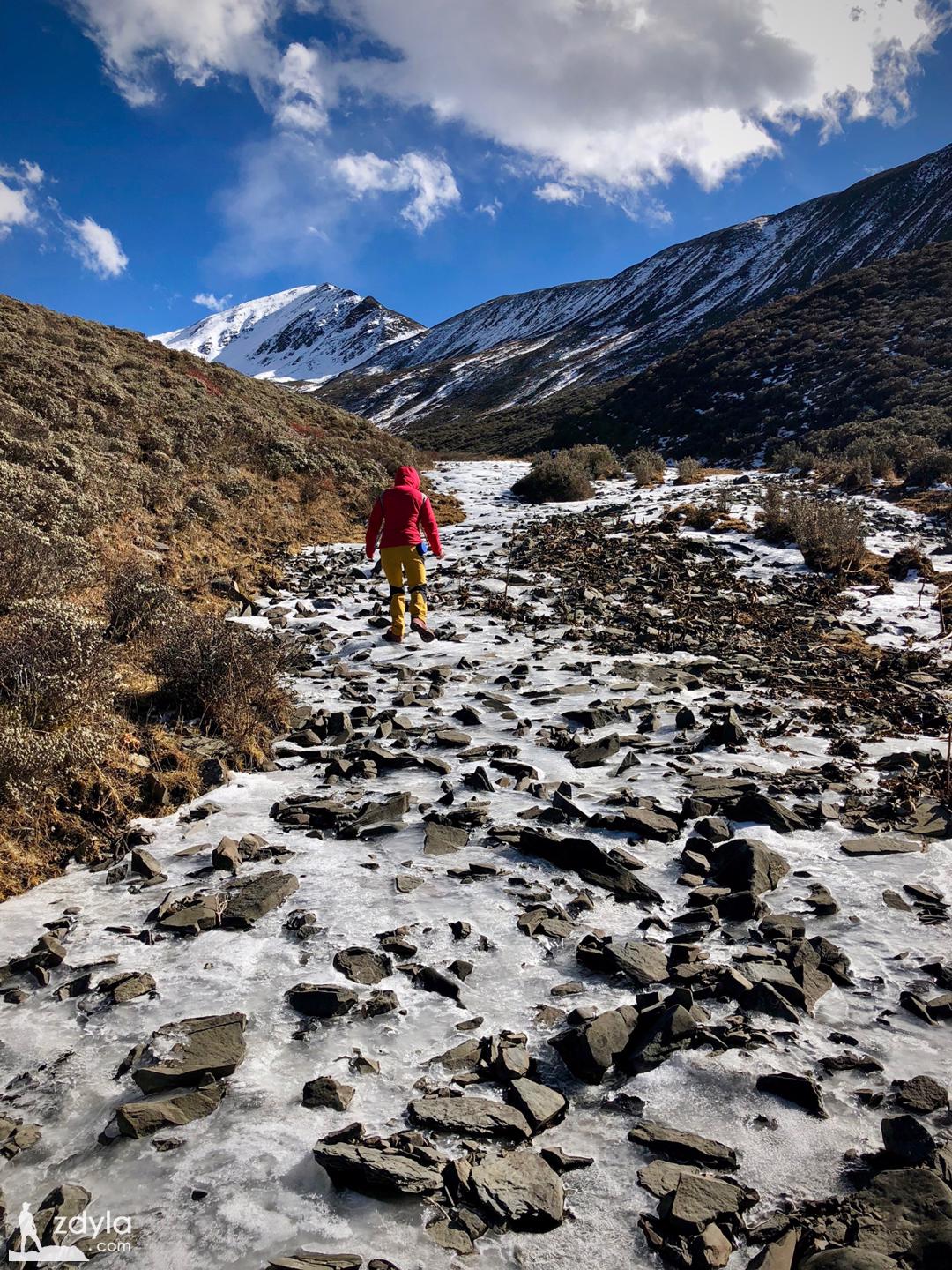 After half a journey, we found a small river dried up due to the dry season sandwiched in the mountains. The river section under the shadow of the mountains is still covered with thick ice. Compared with the road under our feet, the exposed riverbed is more flat. So we went down to the river valley and walked, but not to the end. The river bed in front of us was buried in the dense brambles, so we could only go back to the mountain.

Looking up, I found that there was a pass on both sides of the valley! I'm a bit at a loss. I can't decide which pass to go to! Mr. angrang only said to walk along the valley until the end, but didn't say that there are other passes here

"Come here! If not, go around there. The ridges of the two mountains should be connected... " As Yanyu said, he stretched out his hand to stroke from right to left, and then went to the right immediately

Well, this seems to be the scheme with the lowest fault tolerance rate!

Smoke and rain climb a little faster, good in front of the road to explore, I and violet honestly follow. After half an hour, we arrived at the snow line of the mountain. The road ahead was gradually blurred, and many places were covered with ice and snow. Looking up for the rain, he had already changed his direction and climbed up the hillside!

I stopped at the same place, a little doubted if I had gone the wrong way. Then I looked down at the valley and found it had disappeared in the depression. We've climbed a lot. If we want to turn back, we're lazy and don't want to toss. I thought, maybe we can go here too!

I don't want to think about it any more. Ah Zi and I followed up, but the climbing hillside became steeper and steeper. Ah Zi and I had to use both hands and feet. Later, almost all of our bodies had to lie on the ground. We felt that the hillside had a gradient of 40 or 50 degrees! 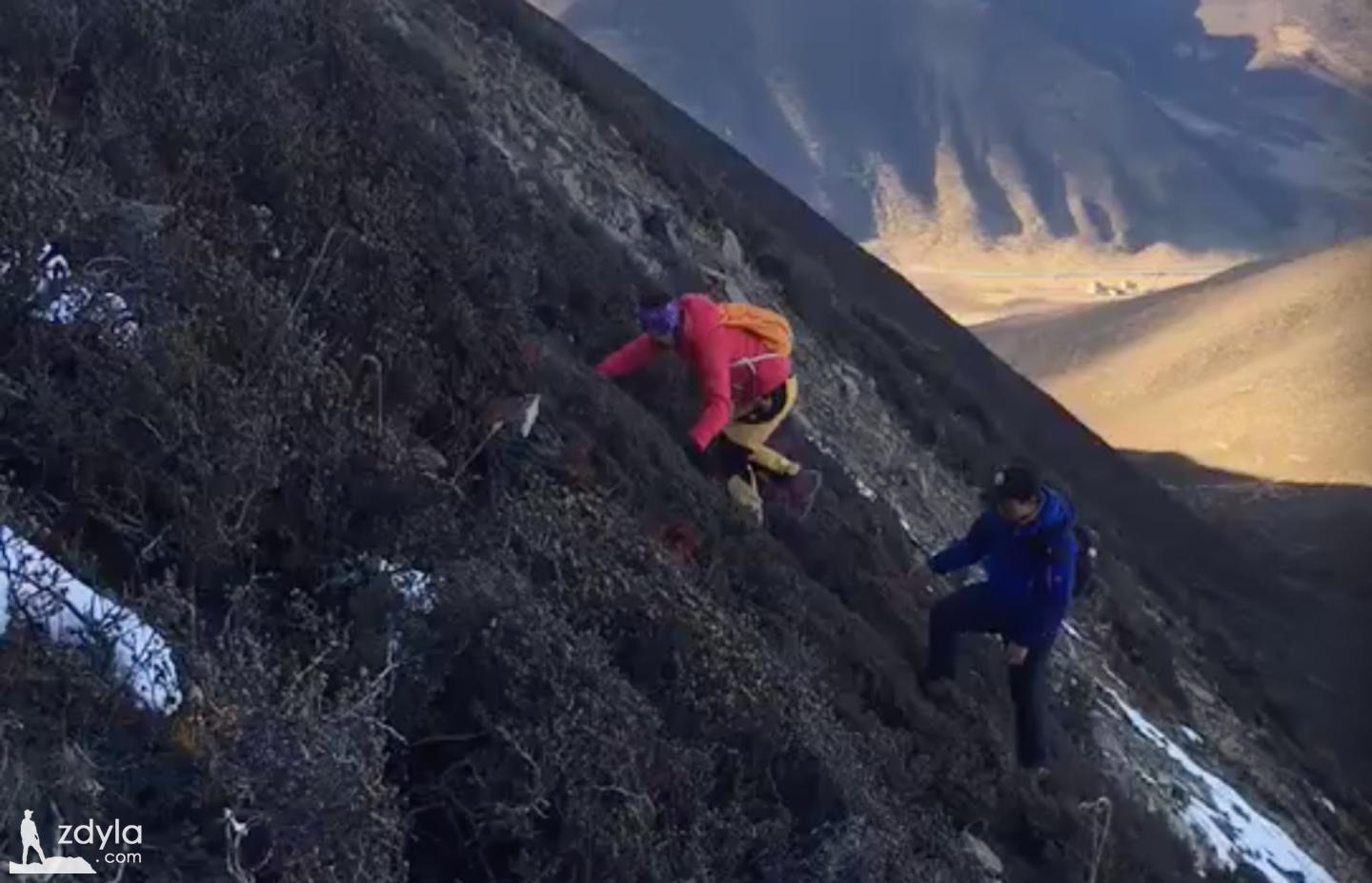 I believe in my physical strength. I feel OK when climbing. But as a girl, it's really hard for her! We two don't want to die, but we still take her into this dangerous place. It's not very reassuring. So, I adjusted the formation and let her walk in front of me. If I fall down accidentally, I can continue to click below

When we tried our best to climb the mountain ridge, we thought it would be easier next, but everything in front of us gave us a heavy blow. I found that we still climbed the wrong place

Fortunately, everything is expected, so it's better to walk along the ridge to Yulong xiyakou. Unexpectedly, the end of the ridge is a 40-50-meter cliff! Yulong xiyakou is just opposite the valley, but there is no road nearby leading to or connecting to the opposite side.

At this time, there is still an hour of sunset to come. In such a short time, we must not reach the Yulong xiyakou

I have no choice but to start off on the mountain ridge. I can only accept this reality. It's not a big deal. Why don't you try again tomorrow! But Yanyu is determined to challenge this limit. Ah Zi and I stay at the top of the mountain, watching this "ant" go up and down in the valley. We don't know where to get the shortcut. We ran to the opposite hillside, and then arrived at the pass at sunset

Because of this mistake, I had to go to the pass again the next day to imagine Gongga Mountain in my heart! When all the expectations and imagination in my heart appear in front of me in my continuous efforts, the feeling of realizing my wish is always wonderful

Once again, we went to Yulong xiyakou, only me and violet were left. Unexpectedly, her small body contained so much courage and tenacity. Although after yesterday's experience, we are familiar with hiking in the valley, but the difficulties are still heavy, and our nerves have not been relaxed for a moment. 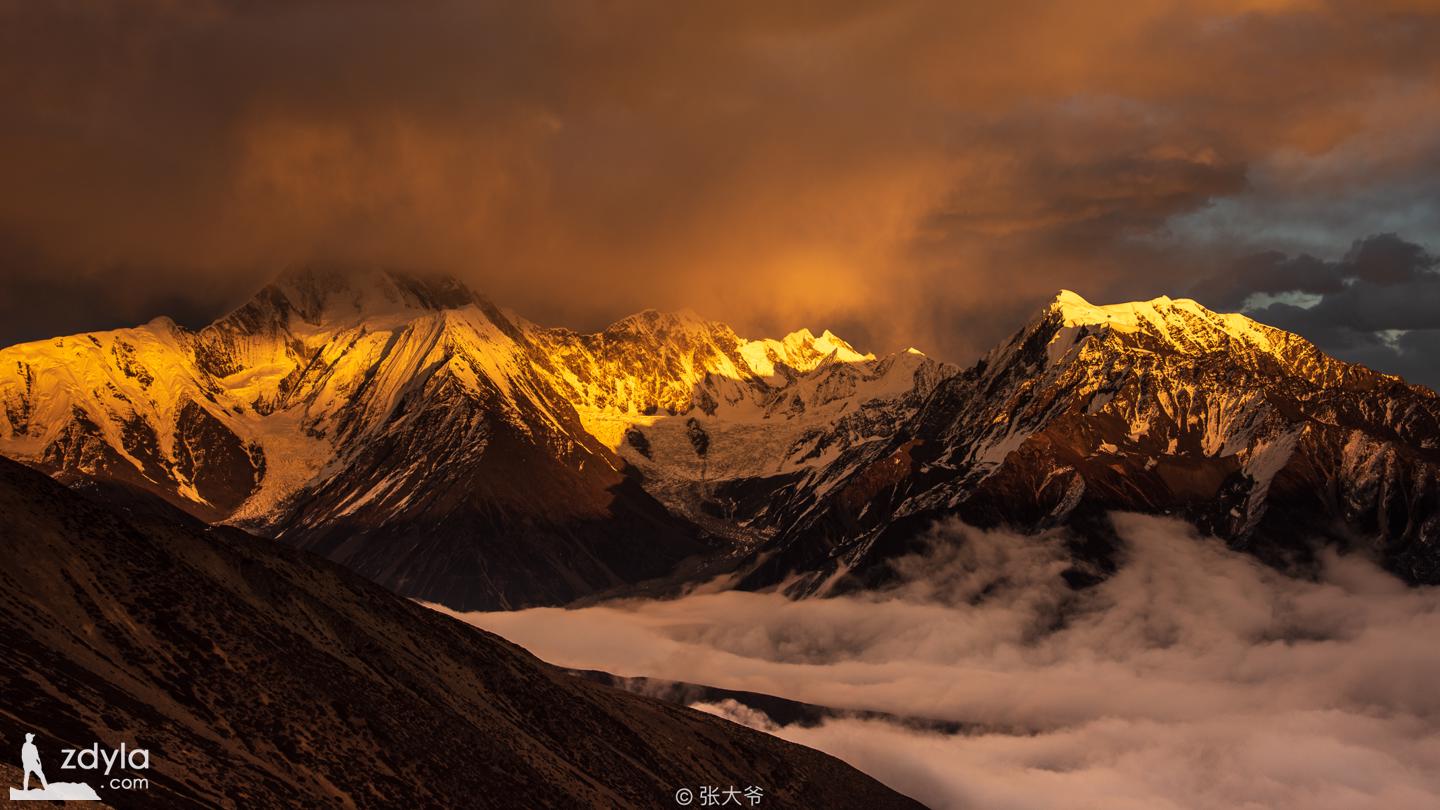 When the sunset came again, thick clouds emerged in the mountains, only a vast expanse of white, soon covered the whole valley, the clouds were surging, and slowly flowed down over the lower ridge. Above the sea of clouds, the top of Gongga Mountain has been covered by clouds for a long time, so it is hard to see its true appearance. The huge glaciers between the mountainsides are stacked layer by layer, like a palace in the sky, like a fairyland.

As the sun sets in the west, the sun shines through the clouds to Gongga snow mountain from the side. The mountain is dyed with gold in an instant. The cloud sea under the mountain is also dyed with gold. In the distance, a large unknown mountain seems to grow layers of gold scales, all of which are shining.

The light changes from yellow to red, from red to purple. Gongga snow mountain presents different temperament in different colors of light. It is no longer cold and arrogant, but become warm and fiery, giving people a cordial feeling. At the last moment of the sunset, the sky and the earth turned purple. The purple around her yelled excitedly. She was very lovely, because purple was her favorite color. 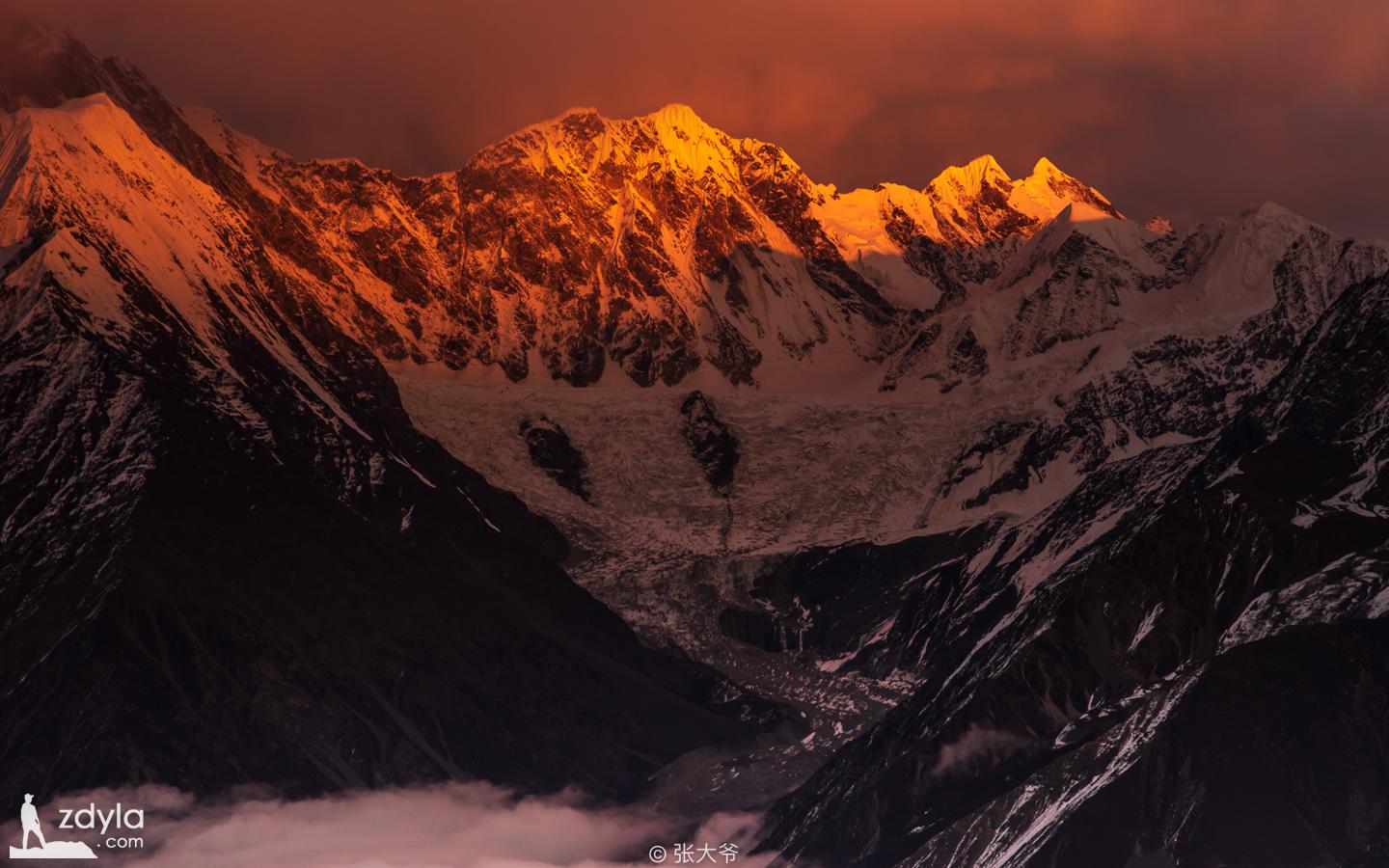 Ah Zi and I stood in the cold wind like this, eyes wide open, how wonderful the surrounding scenery is, just like the magic world, more exaggerated than I thought! Until the sky no longer any color, we can be satisfied to go home!

When I go back home, I always feel like an arrow. Before I go out, ang asks my teacher what I want to eat? I really want to eat meat! The valley is dark, and I can't see anything, but there is always a big piece of meat in front of me. I think it must be very enjoyable to eat. Saliva keeps flowing into my stomach. I think I have to go faster Hurry up... Hurry up... 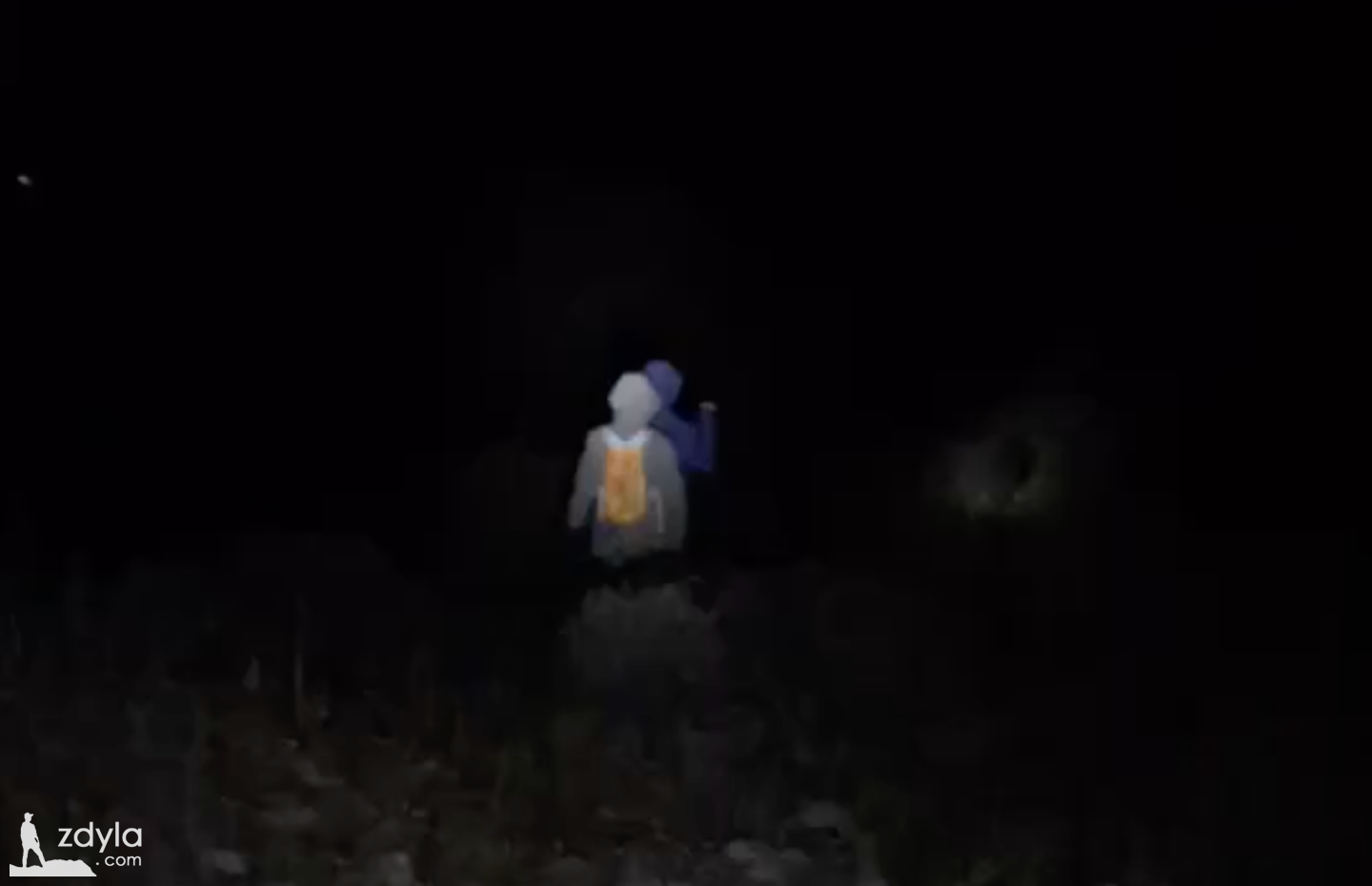