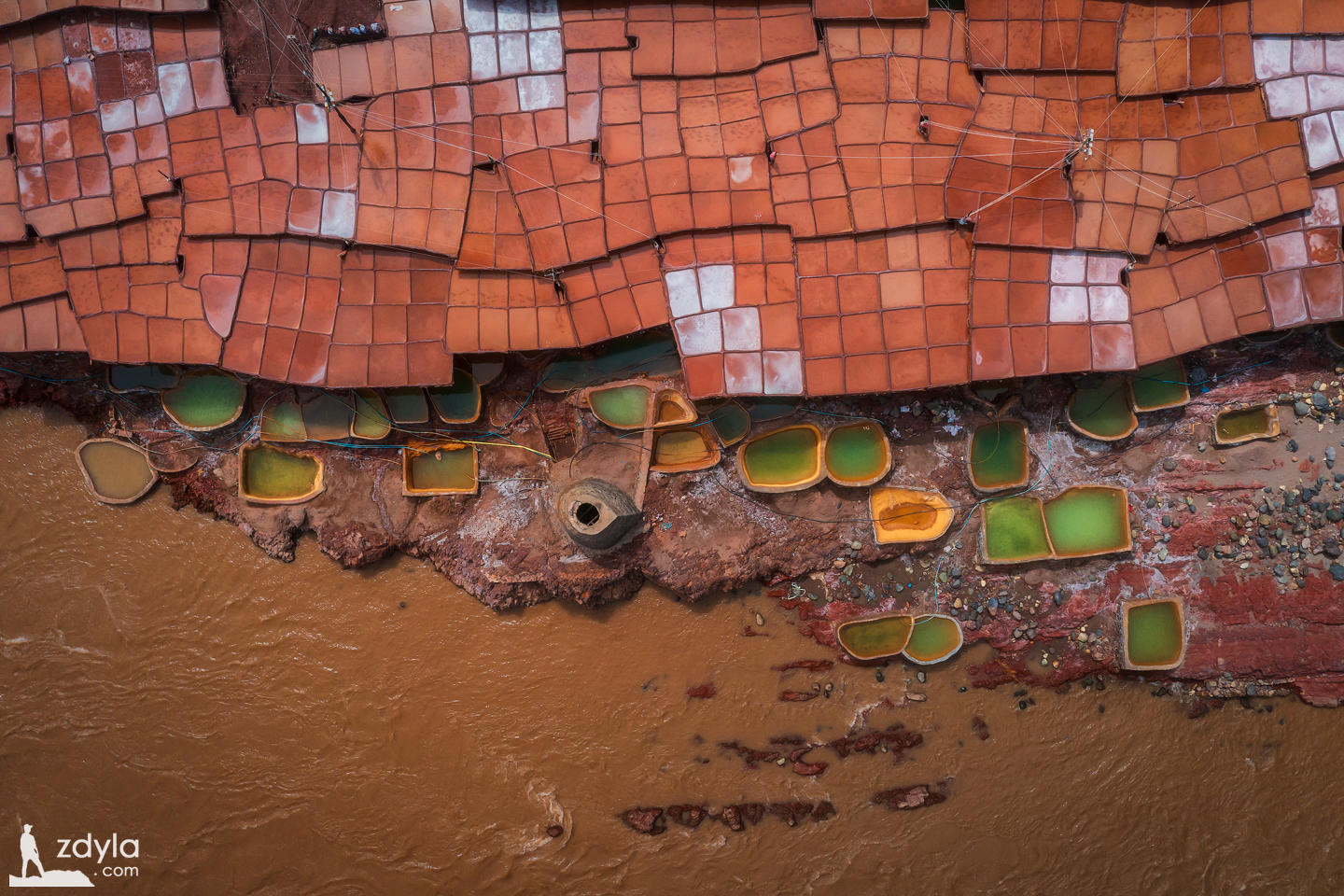 I am very familiar with the millennium ancient salt field of Salt Well in Tibet, where there are 81 tickets. I came to Salt Well for the first time because the ticket price was prohibitive!

At that time, I had nothing to waste except my leg strength. I had to walk seven or eight kilometers with my friends, passing through villages and farmlands of Naxi nationality, and came to a cliff to watch from afar

In particular, we found a Tibetan temple relic on the mountain. When we got close, it was a blind fumble and speculation. Whether it was right or not, we all enjoyed it

When I think of 80 tickets, I feel like I will be hammered by Wang!

With the attitude of trying, I searched the Internet, but found that the way to escape was too easy to find, so I felt a little sad when I entered the scenic area smoothly!

Remember the last time I came to Yanjing, I was a backpacker by bus! Along the way, I witnessed the poverty and difficulty of the local people. Because the bus stops at the villages passing by for many times, I know that many villages do not have convenient supplies, and the transportation here is inconvenient. Vegetables, fruits and other daily necessities can only be brought in from Deqin with the help of the bus passing by. Although this is an economical and effective mode of transportation, the number of goods that can only be carried at one time is limited. In addition, the cost of carrying goods paid to the bus driver will increase the daily cost of living

In order to make up for my psychological guilt, I bought several bags of Naxi red salt in the salt village in the scenic spot. It is not for the Naxi people to teach me to soak my feet, but to contribute to the local people's income!

The Salt Well Salt Field has a history of more than 1300 years. Until now, the original manual salt drying method has been maintained here. The salt people poured brine on the back of a wooden tube from the salt well beside the Lancang River into their respective brine tanks for air drying and concentration, and then poured it into the salt field for air drying and crystallization.

I have been to Danzhou Ancient Salt Field and Dunnuo Ancient Salt Well. Compared with my appearance, the ancient salt field of the salt well is the most brilliant! It has the blue reflecting the sky, its own ochre red, and the purple between blue and ochre red, as well as the yellow and green small salt pond! 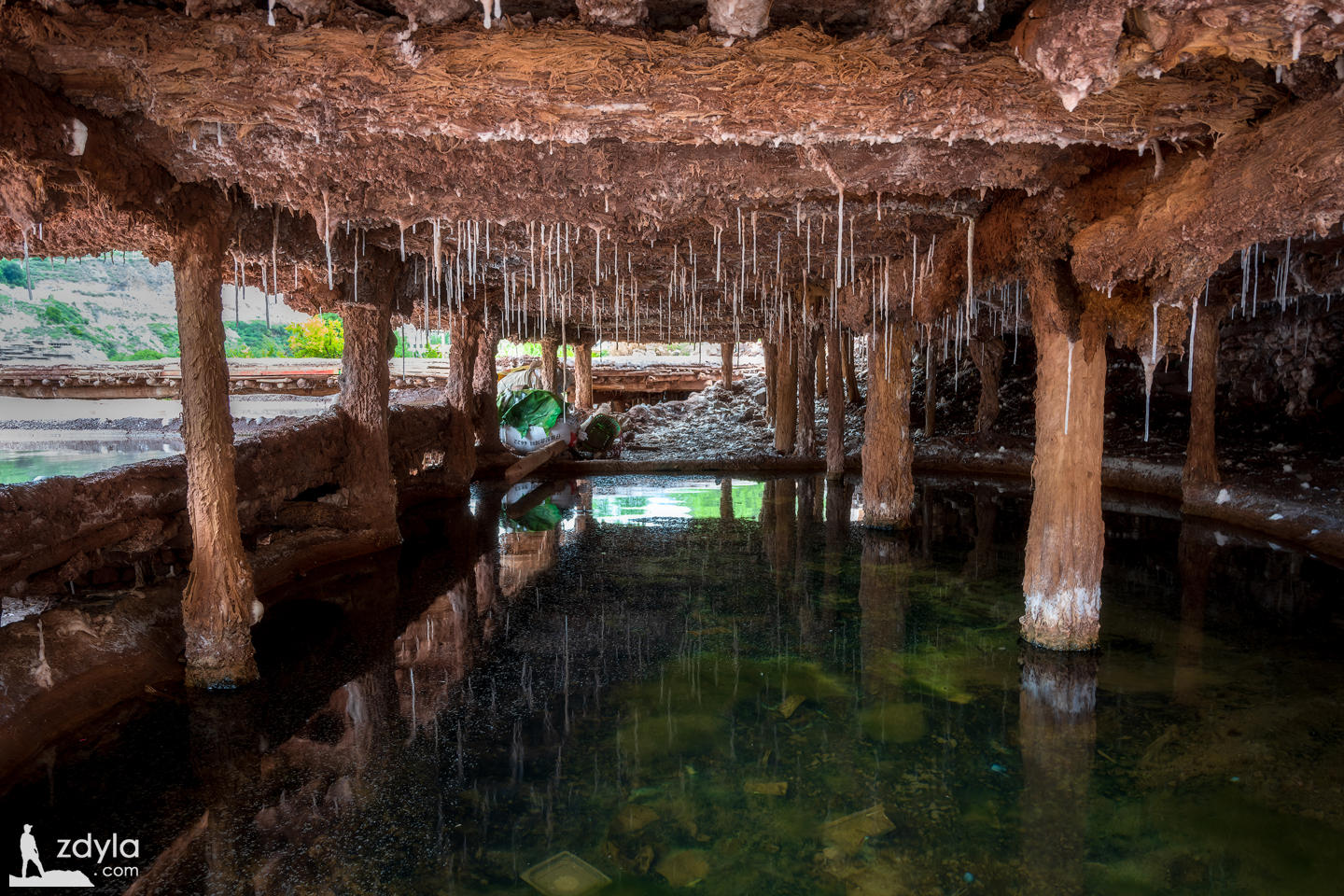 Walking under the salt baths, I found white crystals condensed into columns due to the infiltration of salt water. These crystals hung upside down in the cave like stalactites, which opened my eyes

The salt wells and salt pans built on the mountain are layered and well arranged. They not only have the level of terraces, but also have the mirror like a glass field. It is not enough to say that they are a combination of the two. His natural chocolate shape is not only pleasing, but also unique!

Such a "unique" is not uncommon here, because there is also the only Catholic church in the Tibetan area! It really surprised me to know this church for the first time, because it let me deeply know what is "as long as the hoe is well swung, no wall can be dug down"

I don't think anyone who has never been to the salt well would have thought that in such a tight Tibetan society, a French foreigner would open a faith gap a century and a half ago

Two priests, Father Deng Deliang and Father Bi, first opened this situation and came to Salt Well to preach. After a long journey, the two missionaries climbed over the mountains and mountains from Punka in the south Gongshan Mountain to the present village of Genla in Yanjing, where they lived for some time. In 1865, two missionaries bought the land of the upper salt well from the Gongge Lama and built a church. The seeds of the gospel took root here 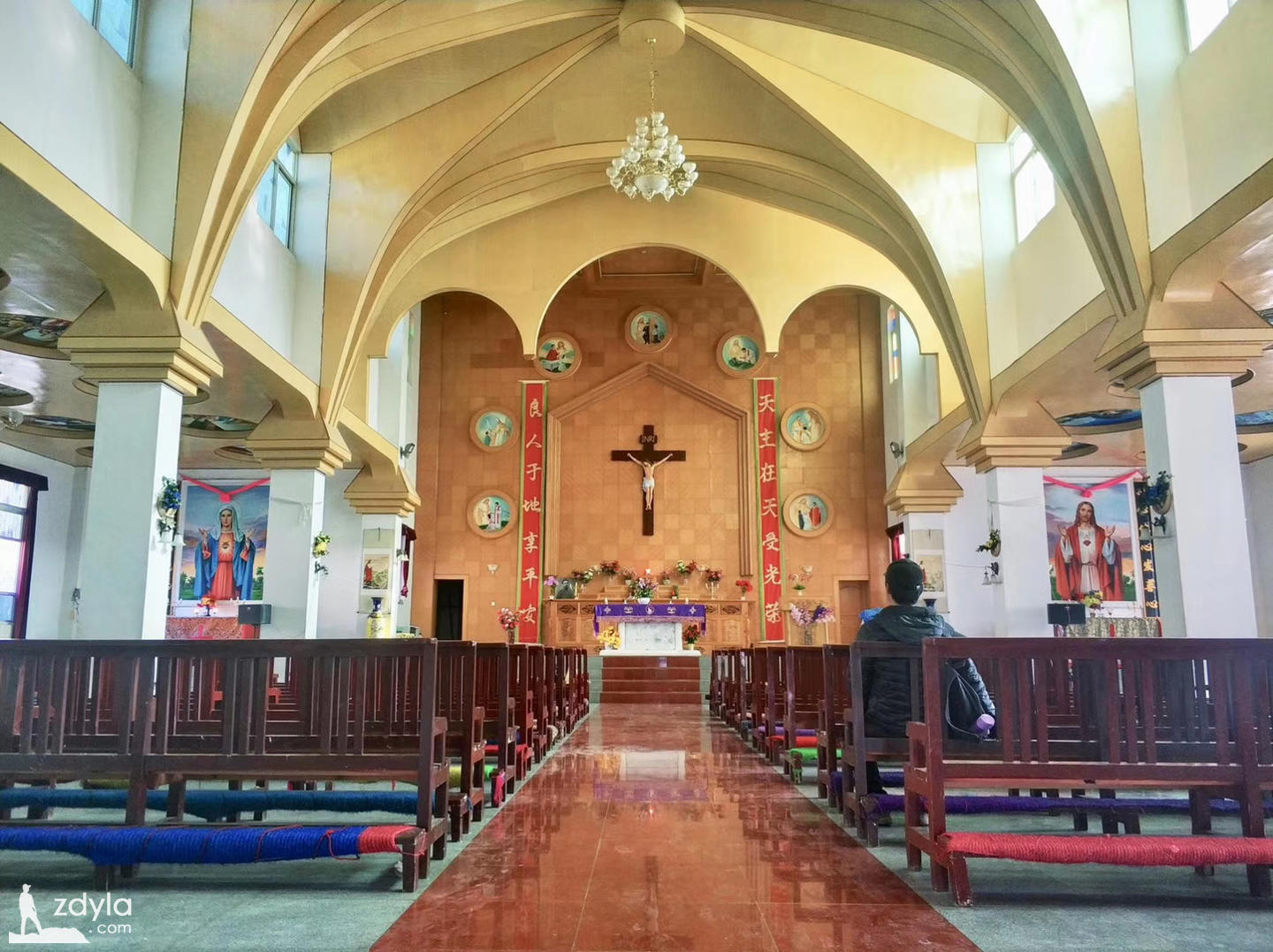 As a result of a series of good deeds carried out by the church, more and more villagers believe in Catholicism, and the church has flourished in salt wells. Later, believers who entered Catholicism were named by priests, whose names were similar to those of Europeans. The funeral ceremony was also carried out according to the Catholic ceremony. This arrangement can be said to be very different from the Tibetan tradition of integrating politics and religion

As you can imagine, with the development of the church, how strongly the local traditional forces opposed the foreign missionaries to the local missionaries! There were fifteen priests in the church, seven of whom were killed. It was not until the 1940s that the last conflict between Yanjing Catholic Church and Gangda Temple took place! Since then, the missionary history of foreign missionaries in Yanjing has been ended, and Gangda Temple has reoccupied the church's land. It was not until the reform and opening up that the church was restored

The church disappeared, but the wine remained. It entered the salt well with the priest and became a famous local specialty! At that time, the missionaries taught the nuns in the region to plant grapes and brew wine. They selflessly taught the villagers wine making techniques. People continued to plant grapes, brew and drink wine, which also made Tibet the only wine town!

I know these things. Although it's not good, I want to have a taste of red wine! I strolled around Yanjing and found it very convenient to drink red wine in Yanjing. There are not only teahouses that are common in Tibetan areas, but also small taverns that drink red wine. Many small stores also sell red wine, including packaged ones and bulk ones, so it is completely "hard to drink" 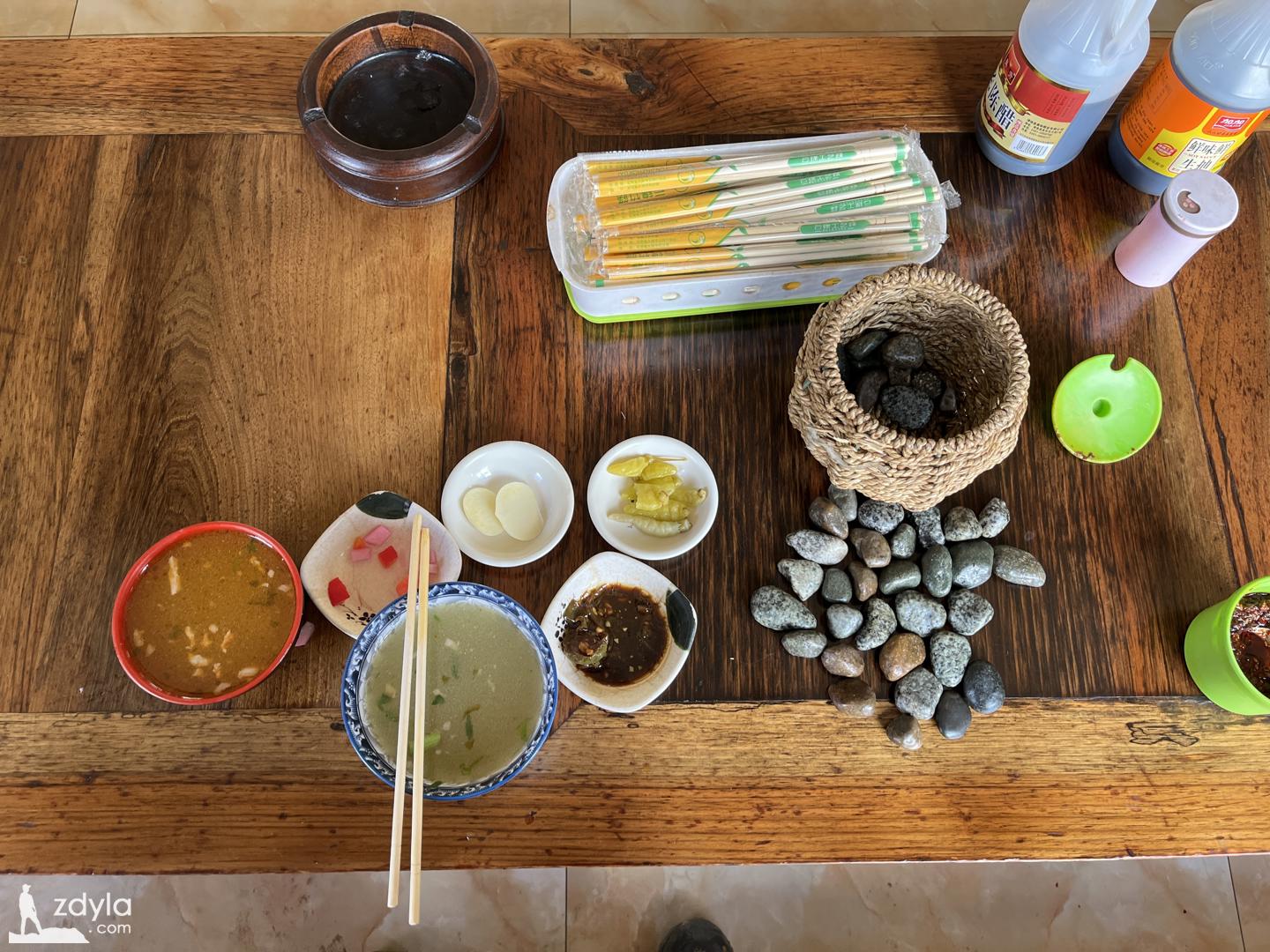 After visiting the salt well, I decided to have a local special "extra noodles" before leaving!

At first, this kind of long-lived noodles was given to the elderly by the local Naxi people. Later, it was not only given to tourists from other places, but also gradually evolved into a kind of leisure and entertainment!

The extra noodles are highland barley noodles, and the soup is yak broth. Most people can eat more than ten or twenty bowls, but don't think they have eaten a lot. One bowl of extra noodles is just two or three pieces of noodles! Along with the whole process of eating noodles, Zhuoma will sing while dancing. She will also add noodles and interact with you from time to time, so that people can eat noodles as if they were singing K. Hi

I ate more than twenty bowls, but I couldn't eat any more. I was already lying on the sofa, but Zhuoma wanted to add noodles to me, which was going to kill me!

Does she know that I escaped the ticket of Salt Well? Is it here to seize the opportunity to punish me?

In that case! Then I'll give up and be a stuffed ghost...

Like The Article To View All
Prev: Crossing Bingchacha
Next: Morning in Cilong Valley