Wander outside reality door ZDY ' LOVE
now you really got Travel to Nepal (8) : Really Powerful Temple
Use love to fantasize... 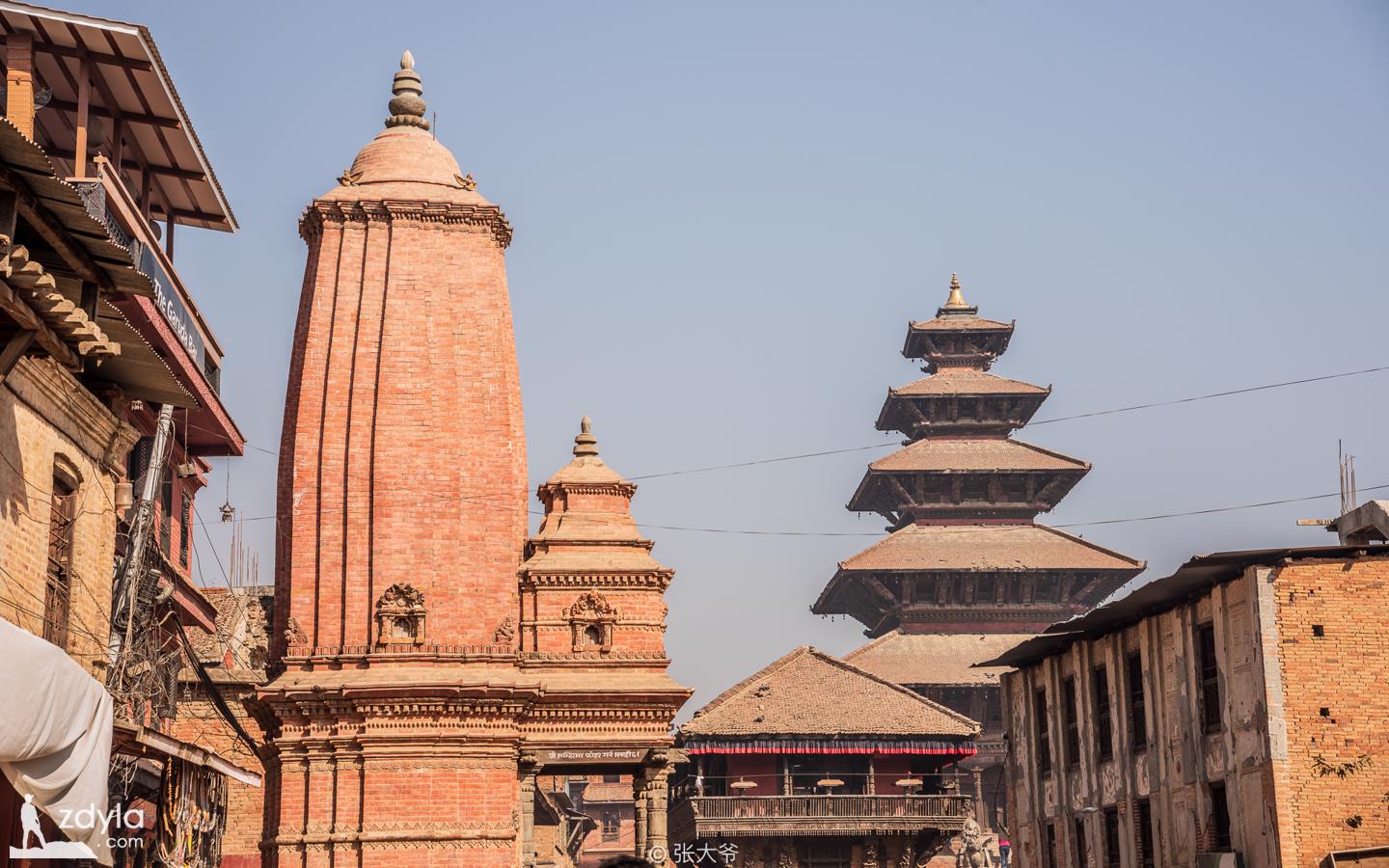 With the guide, we continued to walk inside. Not far away, we saw a building similar to the goddess Temple of batsala, which was built of white stone. At first glance, it seemed to be a miniature version of the temple. However, after careful observation, it was found that the main body of the building above the stairs was like a shell shell shell, which was erected on the ground. It was Sidi lakti Temple of rice. 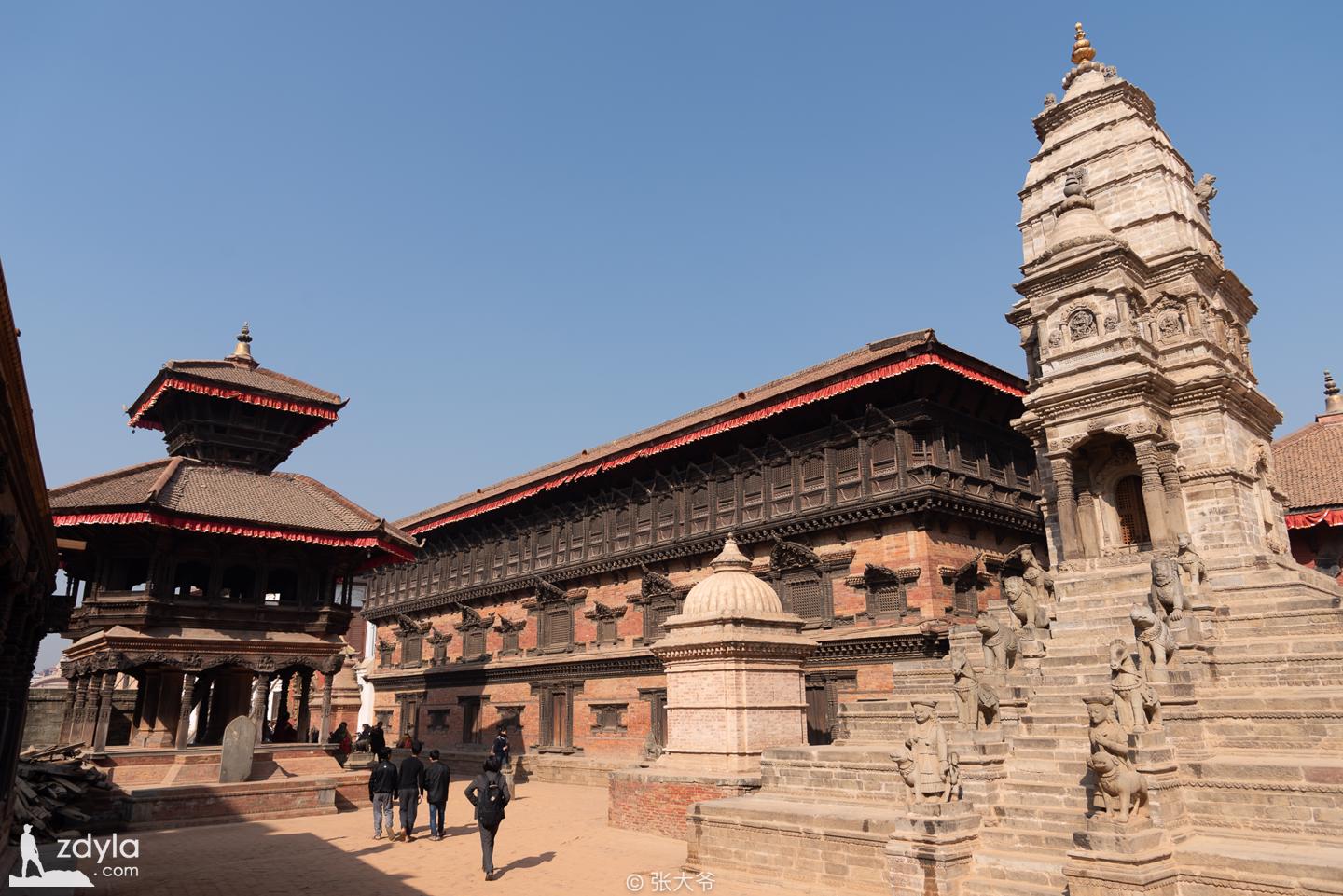 What's interesting about this temple is that the stone carvings on both sides of the stone steps are distributed from bottom to top, including male and female attendants, dogs, horses, rhinoceroses, human lions and camels. The statues are lifelike and very interesting. In Nepal, there are numerous temples with abutments and stone carvings. Among them, the tallest one is located in the taomadi square of badgang, which is the temple of natapola.

You can't miss the temple of natapola in Badagong, because it is not only the highest Hindu temple in Nepal, but also the really "powerful" temple in Nepal's tourist guide. 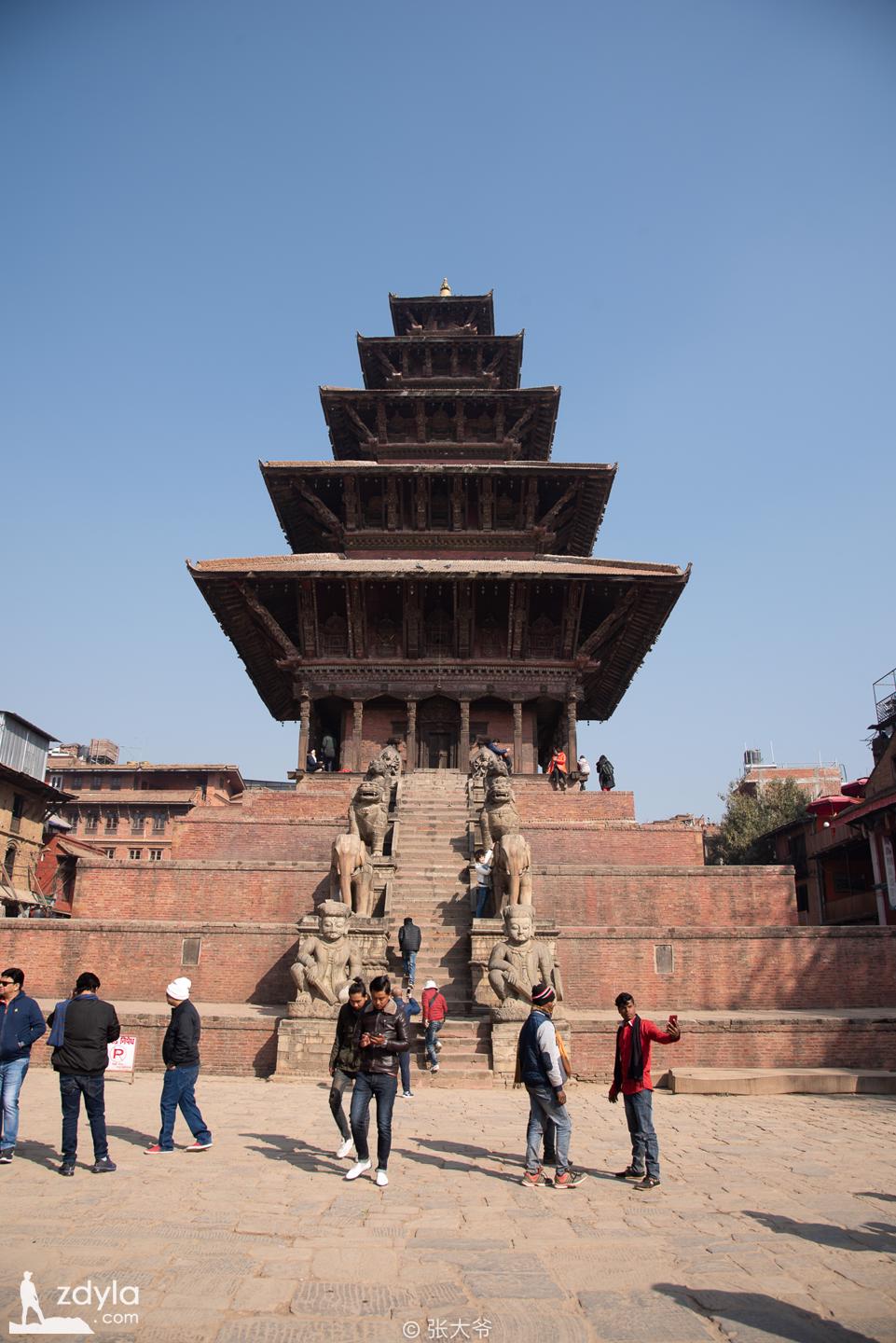 Natapola temple was built in 1702, the main body of the building is 38 meters high. It is a typical representative of Nepal's newali style temple buildings, and is also the highest temple in Kathmandu Valley. It has five storey eaves, and there are only two such buildings in the whole Kathmandu Valley, and the other one is the temple of kunpshuwar in Patan.

In addition to its towering roof, the temple of natapola has five square bases that decline upward. On one side of the base, there are hundreds of steps leading to the temple. On both sides of the ladder, jayamel and phattu, elephants, lions, eagles and goddesses baghini and singhini are guarded from bottom to top. It is said that the power of each layer of statue is ten times greater than that of the next layer, and the power of Vajra at the bottom is ten times greater than that of ordinary people.

Siddhi Lakshmi, the Hindu Tantric goddess, is the main god of the temple. She is the wife of Vishnu and the God in charge of wealth. The temple dedicated to the goddess can only be entered by the sacrifice of our temple. We have to observe the 108 wooden slanted columns supporting the roof, because they are also carved with various incarnations of the goddess, and each piece is a fine work of art. I can't wait to pick up the steps and found that the steps are steeper than expected. It's not easy to climb the top quickly. When I passed the huge statues, I found that they were bigger than I thought. Maybe it was because there were temples in the distance, which made me despise them unintentionally.

Looking up from a high place, people come and go on the square. There are many houses in the ancient city, which extend to the rolling snow mountains in the distance. The towering temples stand among the buildings, with incense curling. So beautiful, let me seem to see the old city of Badagong with a glorious history

If I hadn't seen natapola temple with my own eyes, I would have never believed in the so-called "power of god Buddha". Maybe with the divine power of guardians and goddesses, such a high-rise building could not be damaged in the earthquake.

Before entering the taomadi square, you can see countless temples destroyed by the earthquake. It's not that the brick and wood structures are stronger and more earthquake resistant. The temple of bahirab, which is also in the taomadi square, has been surrounded by supports for repairing the temple. At this moment, I understand the "fierce" part of Nepalese tour guide, and let me feel what "magic" is for the first time! 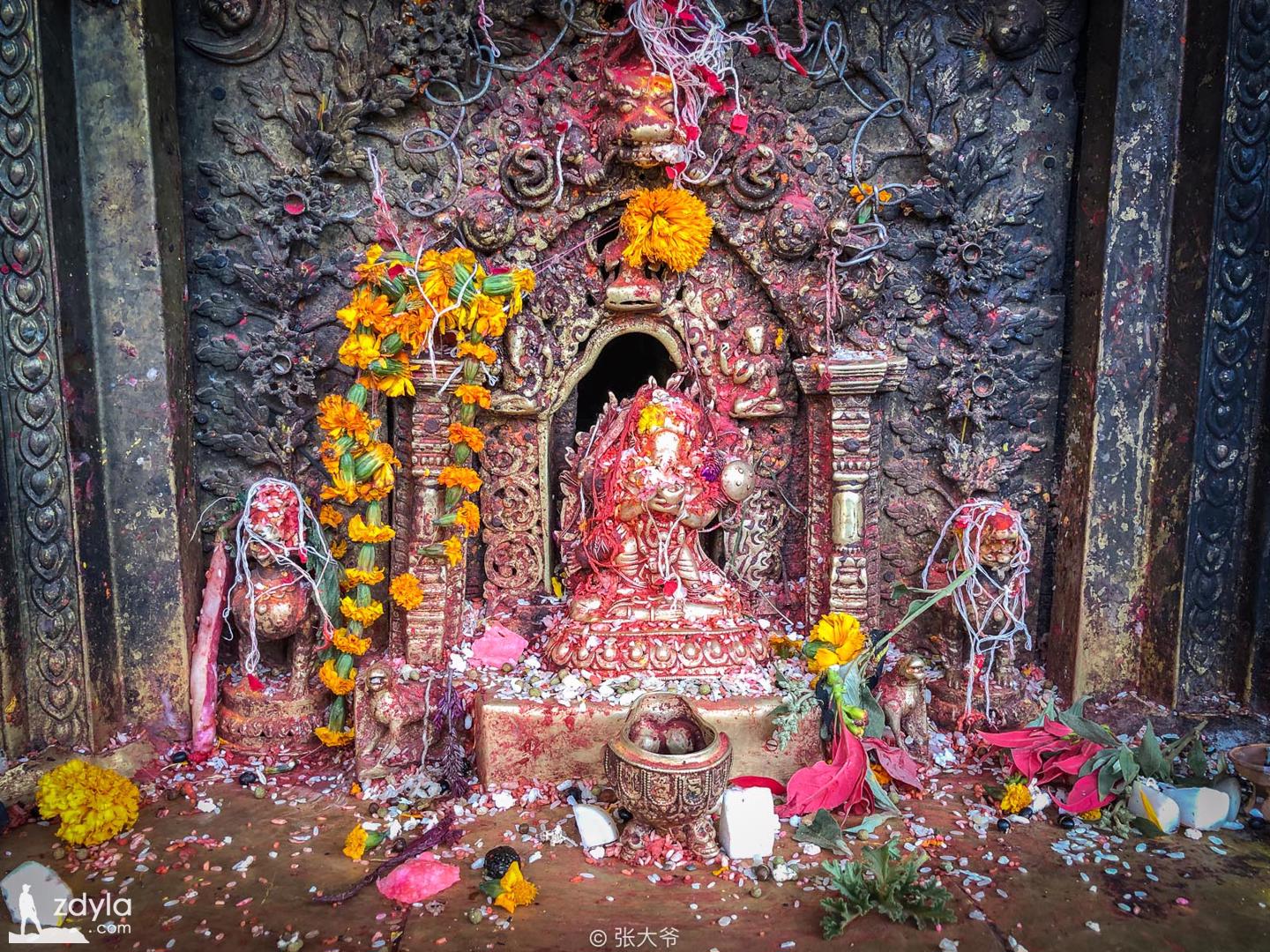 The history of the temple of bahirab is also rather tortuous. It was first built in the early 17th century, when it was a single story temple. In 1717, King bupendra Mala rebuilt it into a two-story temple. It was severely damaged by the earthquake in 1934, and it was only after the reconstruction that it was increased to three floors.

Bahirab, the main god worshipped in the temple of bahirab, is the fury incarnation of Shiva, the God of destruction. He has a ferocious face and fangs. He holds a sword, a shield, an axe, a skull and a corpse, so he is called the God of terror. It is said that Shiva, in order to fight for the position of the supreme one in the universe, incarnated as bahirab, cut down the top of the five heads of the creation God Brahma and held it in his hand. Therefore, she was called the "Sanskrit".

Although bahirab has terrible power and his temple is magnificent, it is strange that his statue is only 15 cm high and has no body. There is a small hole in the middle gate of the temple (engraved with a row of boar's beaks). People can only send sacrifices to the temple through this small hole. There is a small beta temple to the south of the main temple, which is the real entrance to the temple of bahirab. The temple is dark and terrifying, and I can't get into it.

The guide said that the temple of bahirab has a longer history than nyatabola temple. The reason why the two temples became neighbors was to make Shiva look less terrible. The power of the auspicious goddess can just contain the power of bahirab, so King Mara built the temple of natapola beside it.

In this way, the auspicious goddess dominates the square in a majestic manner, while the Narayan Temple of her husband, vibanu, has always been hidden between the buildings opposite her. The Narayan temple, with only two-story eaves, is not easy to find. It can only be seen through the door opening of the folk house. However, it is one of the oldest temples in Nepal.

The Narayan temple, built in 1080, is decorated with mount gruda, as well as Vishnu's magic tools, conch and roulette. In this way, under the attack of the husband and wife one after another, Shiva, the most terrifying, had to admit it