Wander outside reality door ZDY ' LOVE
now you really got Travel to Nepal (5) : Routine
Use love to fantasize...

Speaking of Xiao Hu, she is really a vigorous girl!

Before the hike, I would have asked her to see the bodaha pagoda, but she set out for bocala the next day after she decided on her hiking plan. I had planned to ask Xiao Hu to go to see bodaha Pagoda with me. Now I'm alone

I went to the station to see Xiao Hu off, but Kyle suddenly sent a message! He asked me to go to Badagong. He said that after visiting Badagong, he would go to Nagarkot again

When I heard nagakut, my eyes lit up. As far as I know, it's a place called "Himalaya viewing platform", where you can have a panoramic view of the Himalayas. In Tibet, China, there is also a "Himalayan viewing platform". I have seen very grand and spectacular scenery there. I don't know what surprising discoveries najakut will make compared with it?

I immediately agreed to come down, because I like snow mountain too much

Kyle lived in Tamil, not far from my youth brigade, so I packed up my things and went to him. He really "can", in order not to aggrieve himself, live alone in a 200 yuan person's name coin standard room, which let me live more than 20 yuan youth brigade, I feel inferior to

According to him, this is a hotel introduced by a friend, and the boss is still a Chinese. When I came in, I found that the decoration style was really "Chinese". Although it could not meet the domestic standard of 200 RMB RMB, it was absolutely luxurious in Nepal. It is estimated that only Chinese people will be accepted here, because only RMB will be charged when paying the room fee! I sat on the soft sofa in my luxurious room and waited for him to pack up. I couldn't help but exclaim, "you're too extravagant!"

Out of the hotel, Kyle and I took a taxi to Badagong. The fare of 1000 rupees did not seem much cheaper than that in China. The taxis in Nepal are all mini cars imported from Japan and South Korea. Even in the capital of Nepal, most of the roads are very narrow. Therefore, they have the advantage of convenient transportation in areas where the road traffic is relatively backward. However, it also causes these cars to travel freely on any road that can accommodate them.

For example, the center of Kathmandu - Tamil District, which is the largest shopping area in Nepal, and also the most concentrated place for tourists! There is a huge flow of people, but the roads are narrow and crowded. Not only is there no ban on the free passage of motor vehicles, but also there is no traffic police to direct and mediate when there is a traffic jam. I don't know where the drivers learned the driving skills, so that they have the ability to handle in such a narrow environment.

Our driver took a few turns and walked onto the main road. It was the first time that I saw such a wide road in Kathmandu! This is a two-way four lane main road. I don't know if this road is built by domestic construction team. The asphalt of the pavement and the barrier in the road are quite similar to the domestic appearance

Although the road is wide, the maintenance of the road is not good enough! Traffic signs have been worn out of place, and the road dividers are twisted. I feel that the road that can accommodate four parallel cars is driven out of six lanes by cars! It seems that if there are bold drivers, it is not impossible to open up another lane

Even so, there were still traffic jams during rush hours, and when we were almost out of Kathmandu, the road conditions gradually improved. Finally, we took a taxi for more than 40 minutes and stopped at the red brick gate. The driver told us that it was badgang! 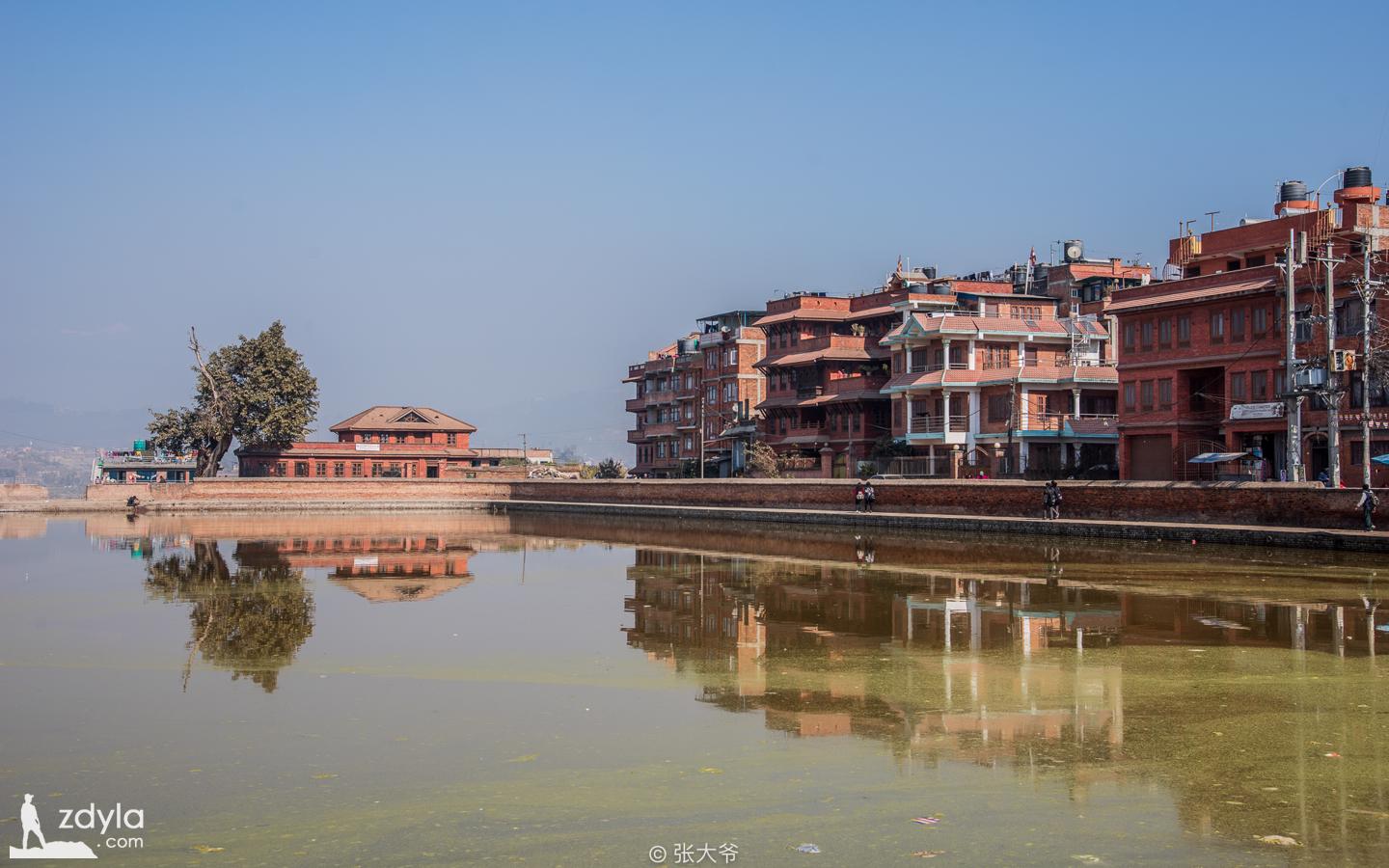 After I got out of the car, I looked around. Not far from the gate is a wide pool. I don't know if it is the source of drinking water for the local people. Many houses are built around the pool, all of which are made of red bricks. The quality of the bricks is very new. It feels like a new one

I asked the driver, "here Is it Badagong? "

The driver pointed to the gate and said, "yes, it's inside..."

Kyle and I looked at each other, eyes full of confusion. Kyle carefully handed the money to the driver and asked, "really?"

The driver opened the door impatiently and said, "go go inside…”。 Finish saying, then one buttocks sits in the car, turn around to walk.

Kyle and I walked inside suspiciously. Across the two row as like as two peas, there was a small square, surrounded by a style of architecture that was exactly the same as Kathmandu. Kyle and I looked at each other and laughed. I think it should be here!

Not far from the square, there is a gate painted white. On one side of the gate, there is a small room with open doors and windows. I think this is the ticket office!

Kyle and I were about to go over to buy tickets when a Nepalese came out and said, "Hello, hello  china… china… Are you here to visit the ancient city of Badagong

I am surprised to grow up my mouth, how can Nepalese here speak Chinese! I replied, "yes, you speak Chinese so well..."

I looked at him as I spoke. He was a man in his early 30s. He was dressed differently from other Nepalese people, and his clothes were obviously much cleaner. Hearing this, he burst out laughing and said, "is it? We have Chinese schools here, and I've been to Guangzhou, China... "

I see. I didn't expect him to have such an experience. It has to be said that although the local accent heard in a foreign country comes from the mouth of a Nepalese, it does shorten the distance between us in an instant. Kyle and I shook hands with him as soon as we saw our compatriots.

I simply thought that he was just a warm-hearted local. After he finished a series of introductions to scenic spots, I suddenly realized that he was a tour guide who came to pick up visitors! 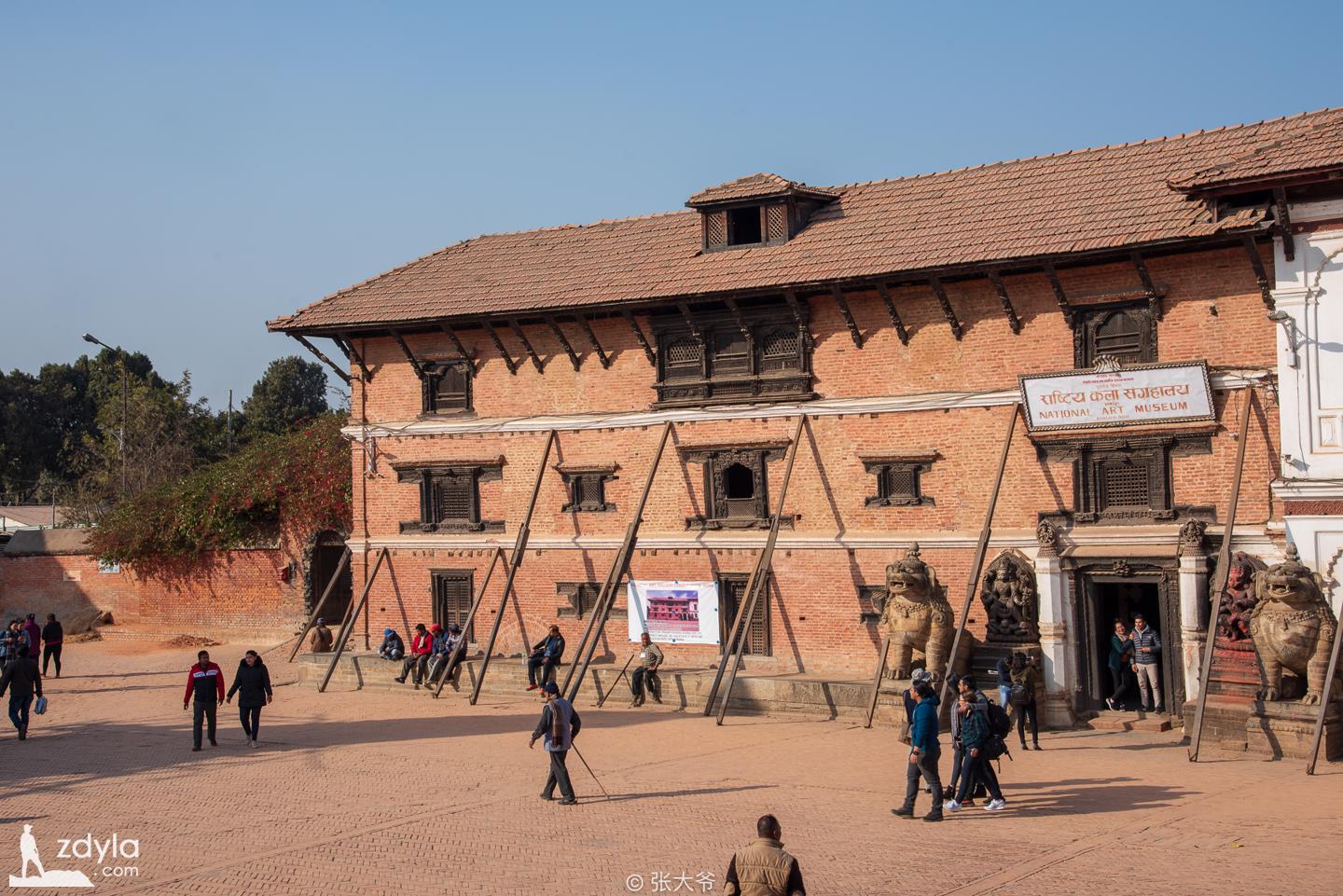 Never thought that he not only learned Chinese language, but also learned Chinese "routine"! Kyle seems to have found the clue. He interrupts his conversation with vigilance, waves his hand and says, "thank you for your explanation, but we just want to go around by ourselves..."

The Nepalese seemed to have noticed, but he didn't seem surprised and said, "well, OK. However, the ancient city of Badagong has a very long history. If I didn't show you around, you might just have a look at the flowers on horseback, and you won't feel the charm of the ancient city... "

We don't want to listen to him any more, just walk towards the ancient city. However, he said no, but his body stuck to us like a plaster. We walked more than 100 meters in the square, and every time we came to a temple, he took the trouble to introduce it, whether we received service or not

In this way, we went through three temples, and he had not given up the idea of guiding us. After listening to the free explanation for such a long time, I feel a little embarrassed Although we don't like his way of selling, what he explained is really interesting. Including the history of the ancient city, the use of the temple, Hindu knowledge and so on, there are some dry goods!

Kyle and I winked at each other and said, "why don't you give him a try?"

Kyle nodded knowingly and said, "yes, or we can't understand these historic sites..."

Now that we have decided to hire a tour guide, the key issue is the price. I asked the guide how much it was? The guide immediately laughed and said, "it's cheap Two thousand rupees, cheap! "

Kyle and I thought about it. Two thousand rupees, that is, one thousand rupees per person, is OK. That's settled! Before we told the Nepalese about the decision, he felt that we had made up our mind. He immediately entered the working state, and then pointed to the nearby buildings and we talked about it