Wander outside reality door ZDY ' LOVE
now you really got Travel to Nepal (22) : The birthplace of Buddha
Use love to fantasize... 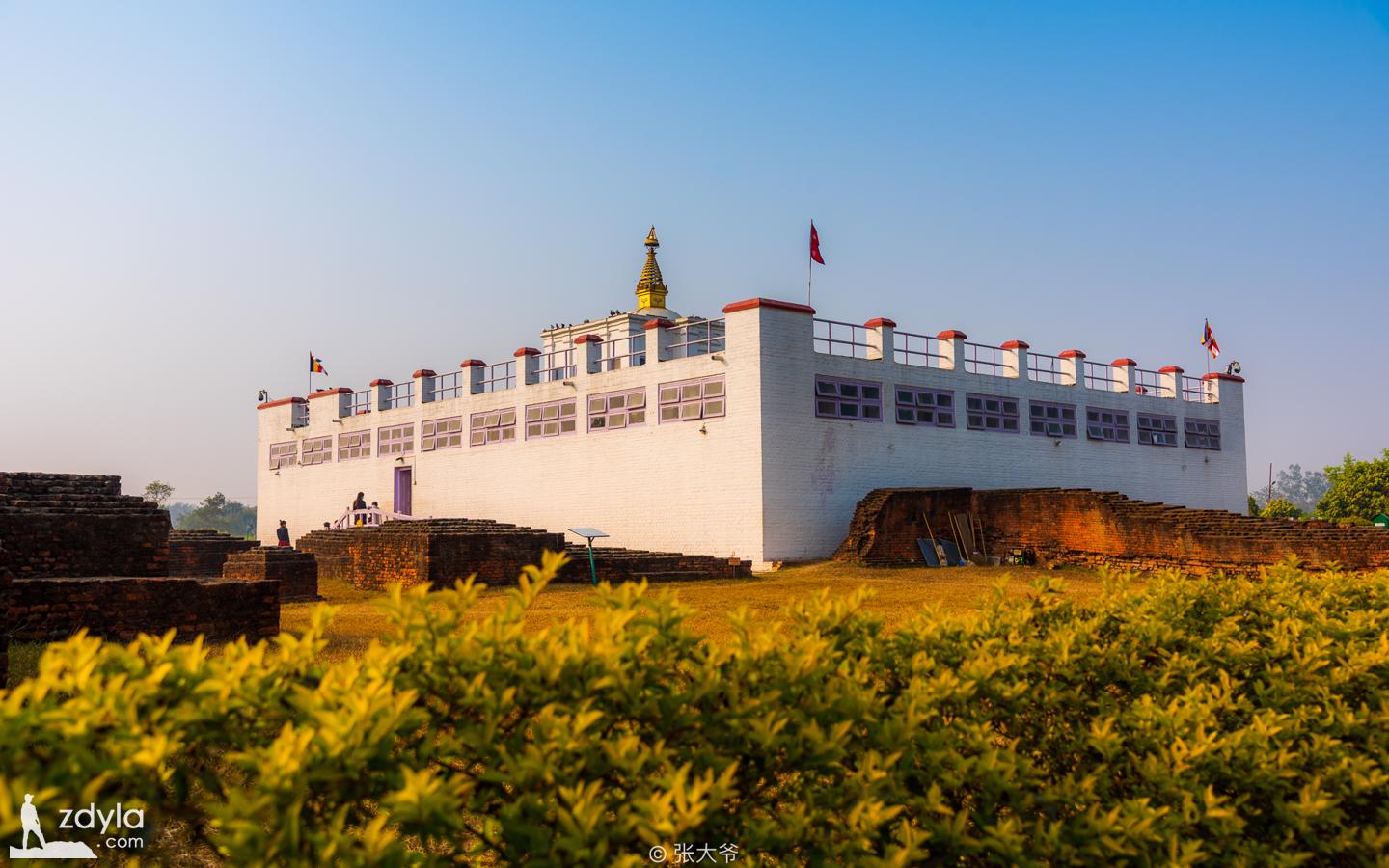 After lunch, Lao Zhan looked at me lying idle in bed and suggested that I go to the holy garden. It is not only one of the four holy places of Buddhism, but also the birthplace of Buddha Sakyamuni!

It is said that more than 2000 years ago in ancient India, the wife of the king of Jingfan in the neighboring kapilawi Kingdom dreamed that a white elephant with six teeth entered her body, and then became pregnant. There was a custom in India at that time that women would go back to their mother's home before giving birth. So Mrs. moye set out to go home. On the way back to Ning, it was the full moon night of the first month of the Nini calendar. Madame moye was resting under the Samoan trees in the garden of Lumbini. At this time, she helped the two trees and gave birth to the prince, Gautama Siddhartha.

As the most important holy land of Sakyamuni, Sakyamuni is the most important place in the world. I saw an endless stream of tourists and pilgrims coming and going on the streets, people everywhere kneeling in front of temples and Buddha statues. On the way to the Holy Garden, I saw countless pilgrims surrounded by a huge golden statue. This is what Sakyamuni looked like when he was a child. He stepped on the lotus, pointing to the sky with his right hand and the ground with his left hand, saying, "heaven and earth are my own.". Those who don't understand Buddhism will surely think that this is the arrogant words of Buddha. But after careful consideration, we can understand the meaning that Sakyamuni wanted to express, which can be interpreted as: human beings are indomitable in the universe, and each person is his own master and determines his own destiny, and he does not have to obey anyone or any God beyond man. Therefore, the word "I" in "egotism" refers not only to Sakyamuni itself, but to each and every one of us.

The gate of the Holy Garden is a white arch. Whether it is monks, pilgrims or tourists, everyone who enters the park must have routine security check. The goddess temple and the Palace Museum of Mala Dynasty have not been checked before. And this holy garden is perhaps the most strict place I have ever seen in Nepal

Barefoot into the Holy Garden, see far inside the environment is much better than outside the garden. In the huge garden, besides the red brick road, it is to build neat green plant belts. These green belts not only beautify the environment, but also enclose many ancient relics inside, so as to play the role of fence. 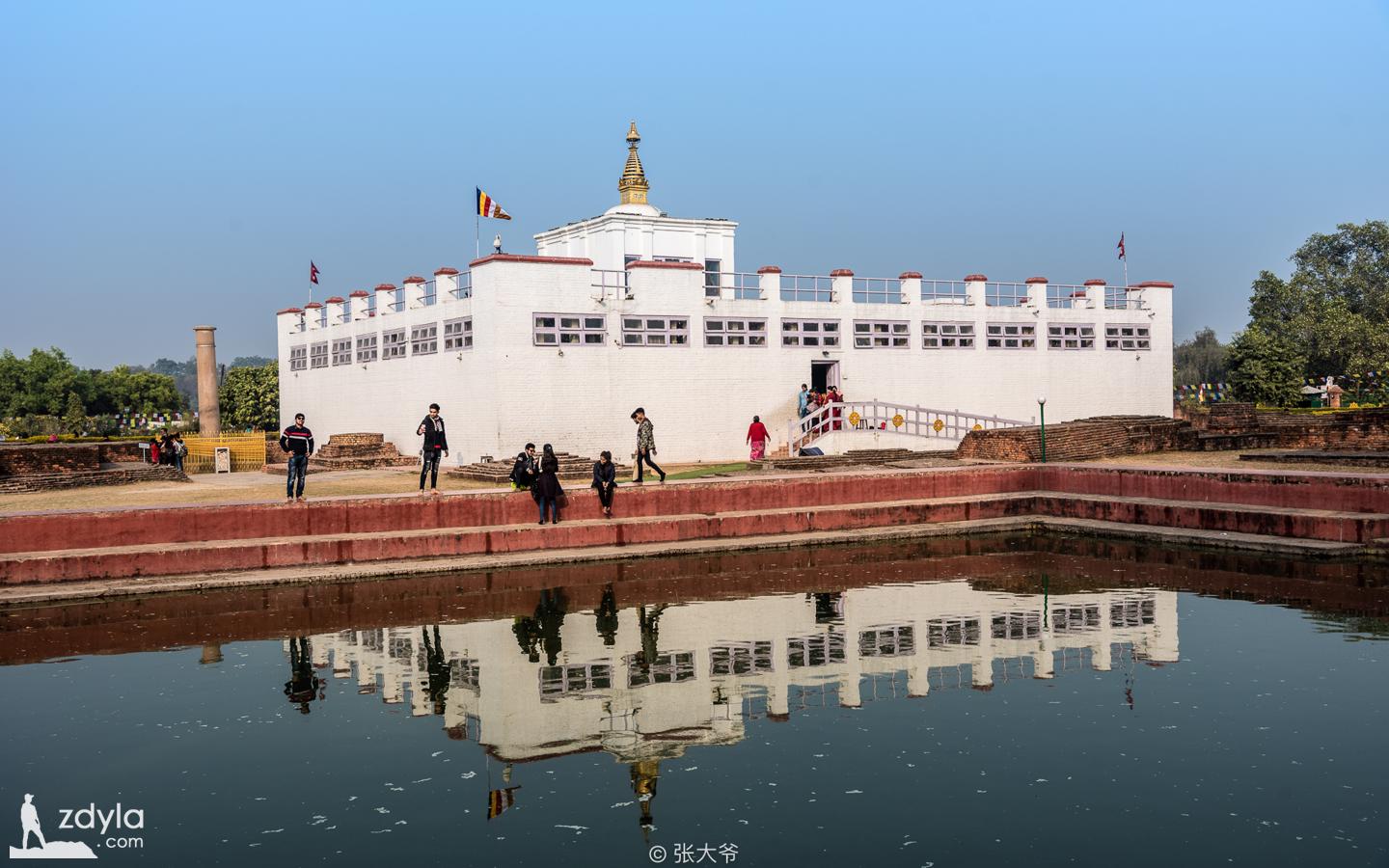 Today, there is a white square two-story building in the birthplace of Sakyamuni. This is the mahamaya temple. Although the main body of the building is not very tall, it is solemn and solemn. Beside the temple, there is a pool with clear water, which is said to be the bathing place of Madame moye. There is a whirling double tree beside the pool. The tree body is about 13 or 4 meters thick. It reflects the water and its posture is Huafu. There are many tourists sitting around the pool to rest, while the monks are sitting around under the whirling trees and practicing meditation.

In addition, there is a pillar of Asoka beside the temple of Madame moye. In the third century B.C., more than 200 years after the nirvana of Buddha, the famous third-generation monarch of the Peacock Dynasty of ancient India built this monument like column in order to commemorate the expedition and promote the Buddhism. The lower part of the pillar is engraved with the inscription of Asoka in prakri language of the northern Indian dialect, saying, "Heaven loves to see the king (that is, Asoka) ascended to the throne for 20 years, and came here to pay homage in person.". Therefore, it is the birthplace of Sakyamuni Buddha. Here we make horse statues and stone pillars to commemorate the birth of Shizun here.

There are a lot of things worth seeing in the holy garden. Unfortunately, I am a little short of knowledge. I spent only one hour walking around the holy garden. When I walked out of the Holy Garden, I still knew what it was and why

Around the Holy Garden, there are Buddhist temples in various countries. Since the establishment of Lumbini Development Zone in 1978, Buddhist countries all over the world have built temples with their own Buddhist characteristics around the birthplace of Buddha, so they have become a grand gathering of various Buddhist schools in the world. 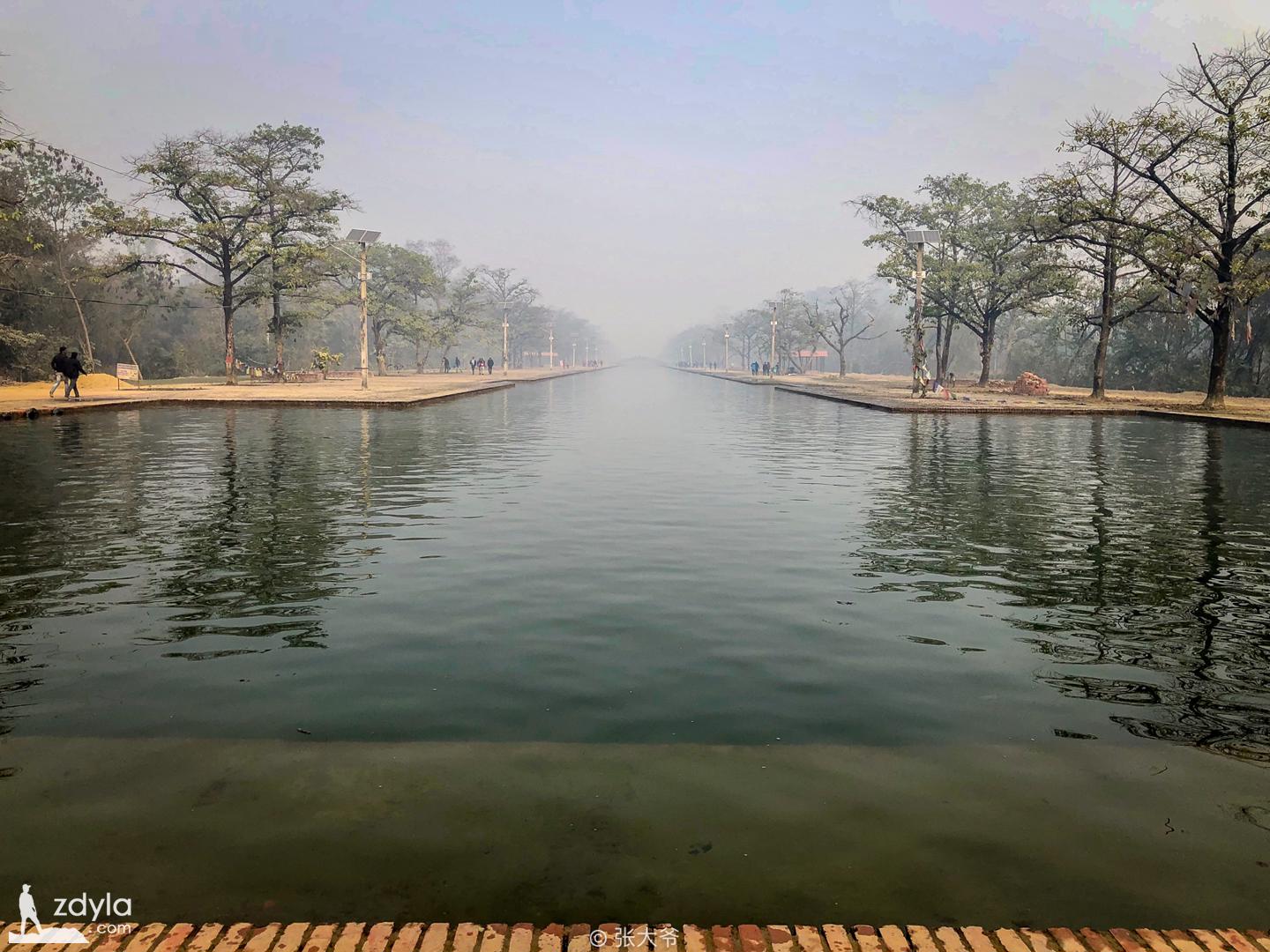 On the central axis of Lumbini, there is an artificial river running through the Buddhist Park, which divides the Buddhist Park into two temple areas. Zhonghua temple is located in the Western monastery area of Lumbini, which is dominated by Mahayana Buddhist temples. Mahayana Buddhism takes "universal salvation" as its aim of practice, and its highest goal is to become a Buddha. Believers regard Sakyamuni as a powerful, powerful and omniscient Buddha.

Zhonghua temple is a typical Chinese palace style temple with red walls and yellow tiles. The Korean Temple opposite is also very Chinese, perhaps because it has been influenced by Chinese civilization, but its main wall uses green and blue elements, so it shows another feeling. Compared with Korean Temple, Vietnamese temple is another Chinese style, and the gate has the temple name written by man! Vietnam temple is surrounded by flowers, plants and trees, especially the water outside the temple. Rockeries stand in the temple, which looks like a beautiful garden! 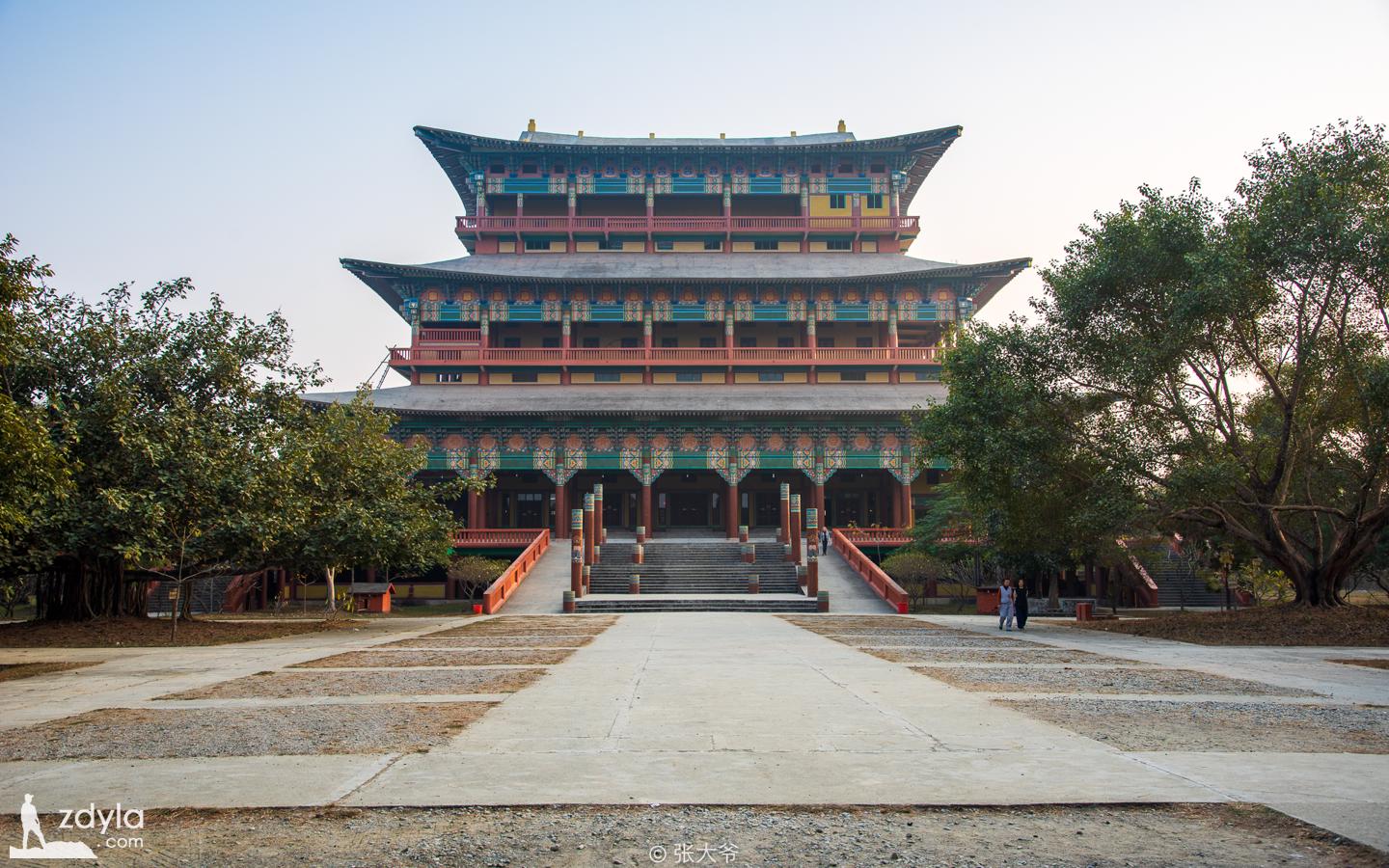 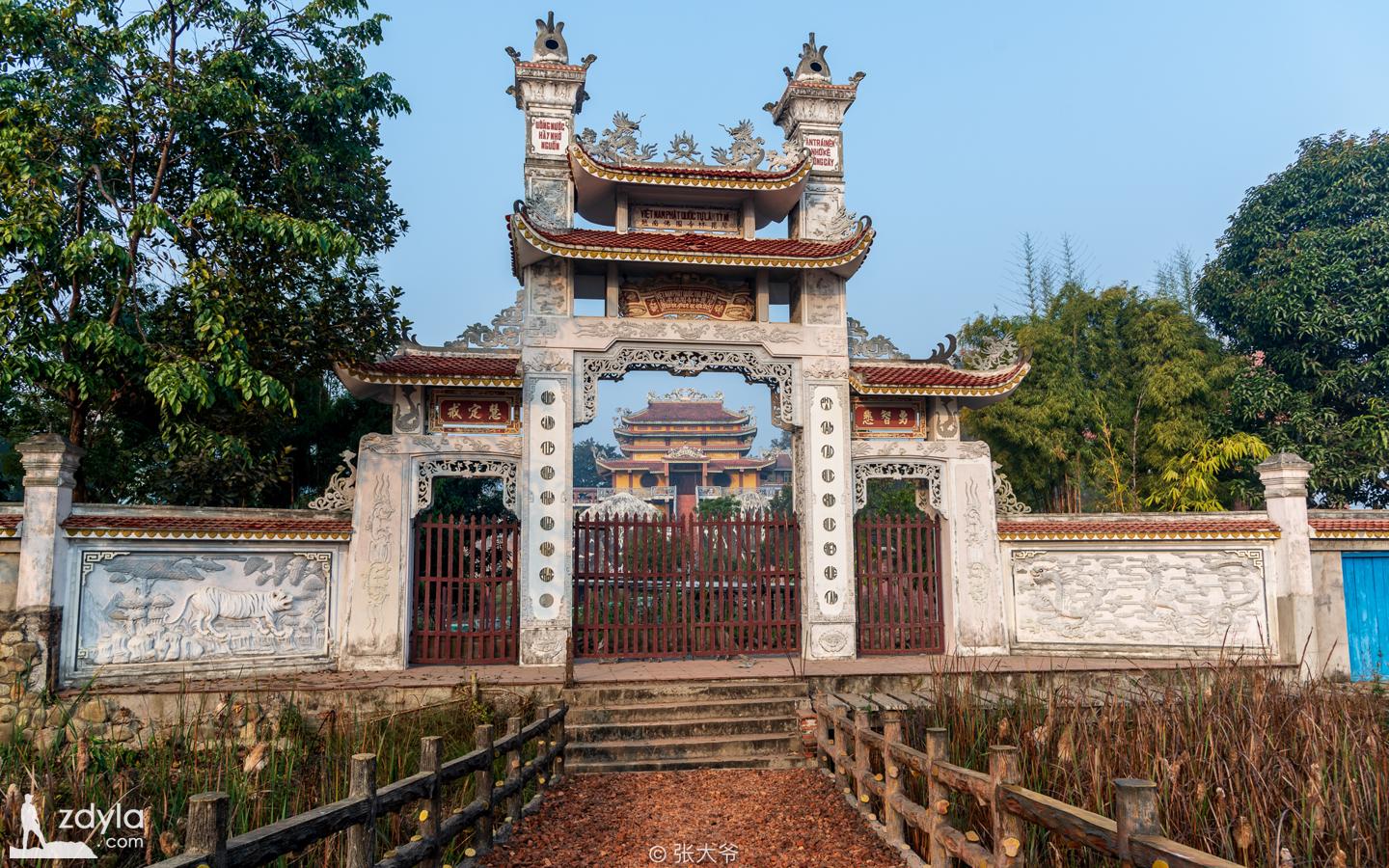 In the Mahayana Buddhist temple area, except Zhonghua temple, Korean Temple, Vietnam temple and French temple, they are all Tibetan Buddhism. For example, to the north of Zhonghua temple is the Canadian temple, which is made up of elements of Tibetan Buddhist temples. Compared with the huge zhigonggaju lotus Pagoda in German temples, it can better explain its Tibetan sect, while the Austrian temple in European society is of classical Greek style. This is not to understand the religious culture of various countries in the case, just to watch the building is endless fun

The eastern monastery area of Lumbini is dominated by Mahayana Buddhism. Mahayana Buddhism focuses on self transition and seeking self liberation as its practice purpose. Mahayana Buddhism demeans the original primitive Buddhism and sect Buddhism as "Hinayana". However, this name is not recognized by the "Hinayana" Buddhist sect. For example, Buddhism in Myanmar, Thailand, Islamic card and other countries has always called their sect "Theravada Buddhism". The believers regard Sakyamuni as a master or a teacher, a person who has achieved complete enlightenment. 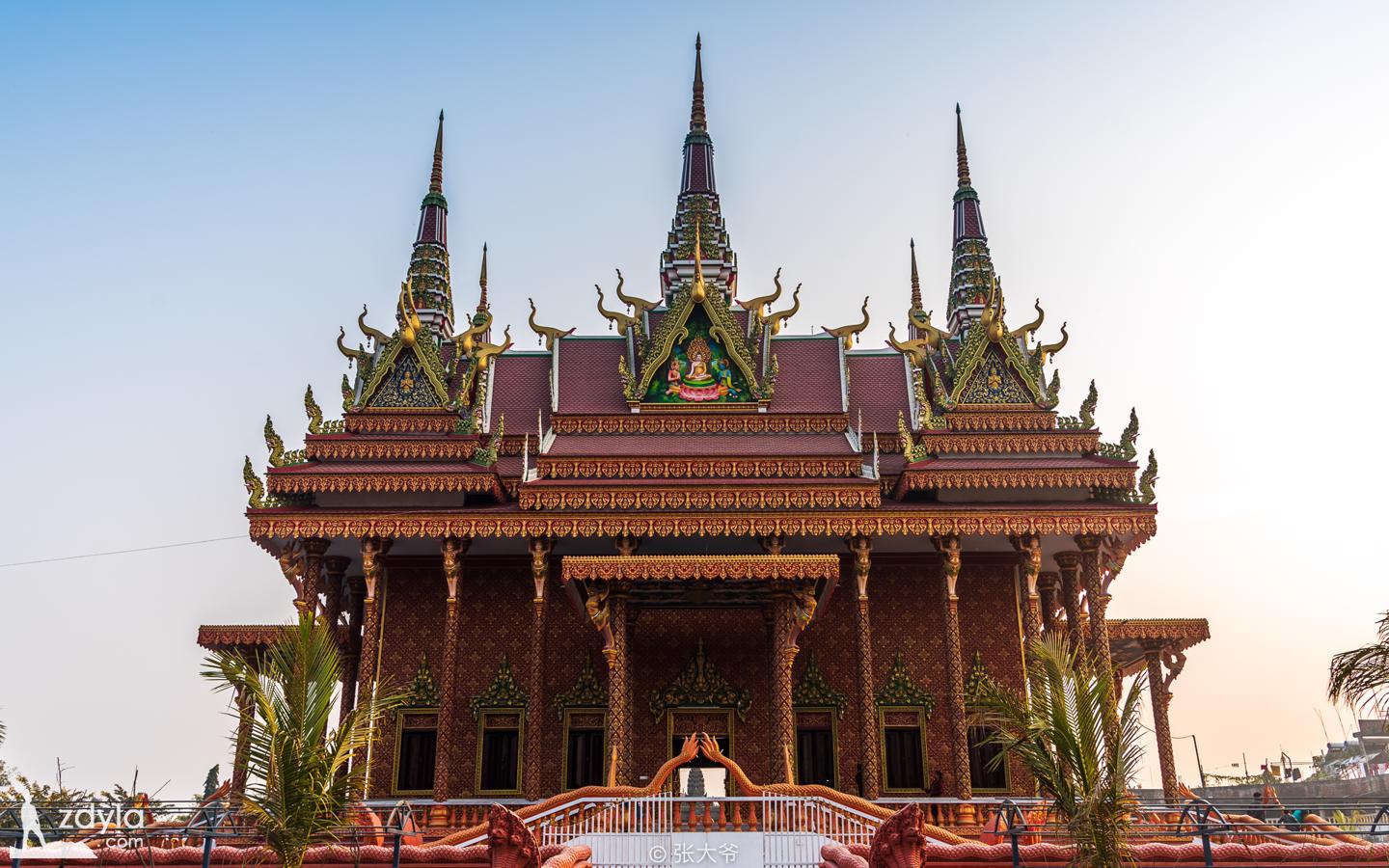 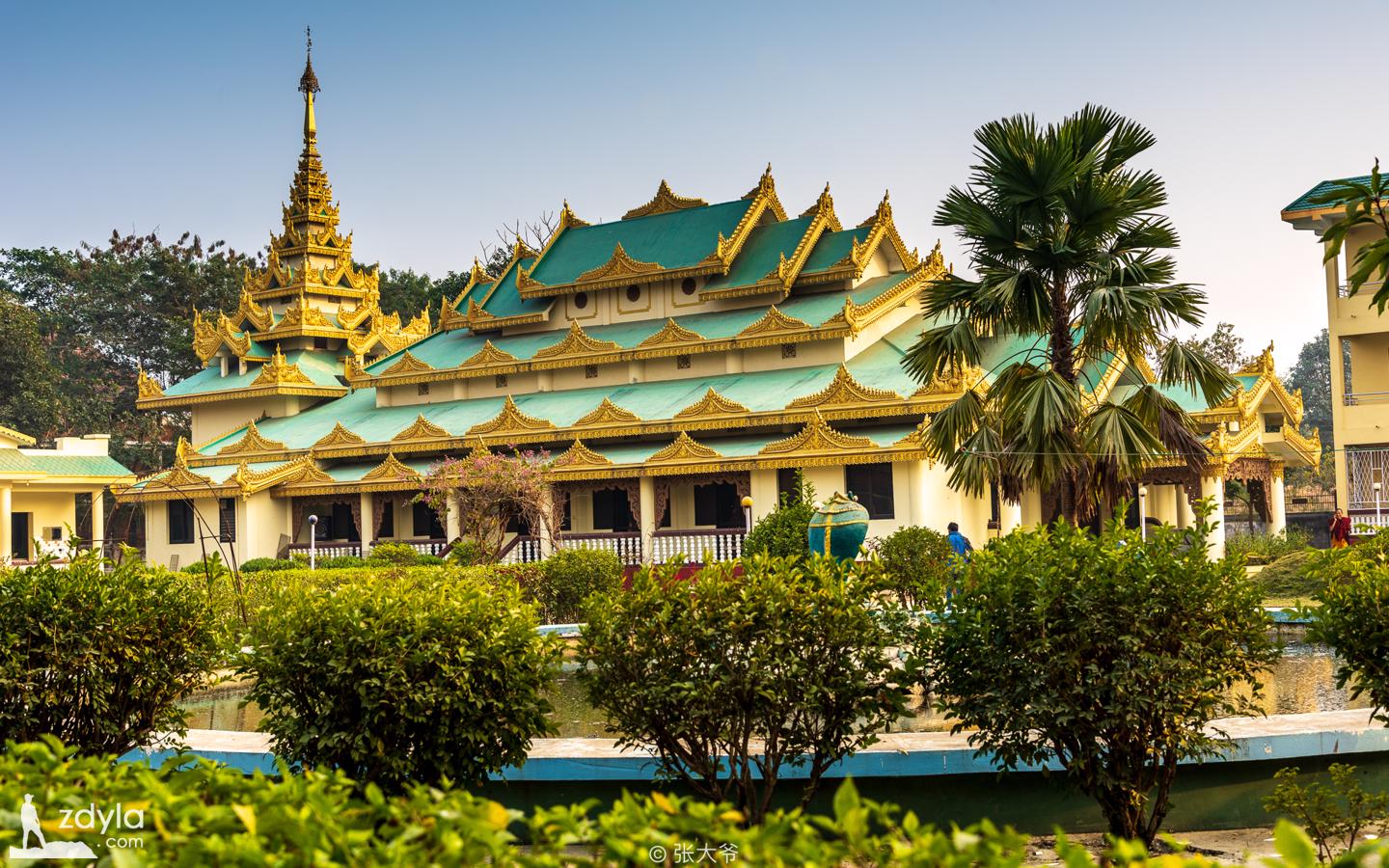 Almost all the temples in dongsiyuan district were built by Southeast Asian countries. There are Thai temples built of white marble, Cambodian temples with distinctive ethnic colors, and Burmese temples inlaid with Phnom Penh on each roof 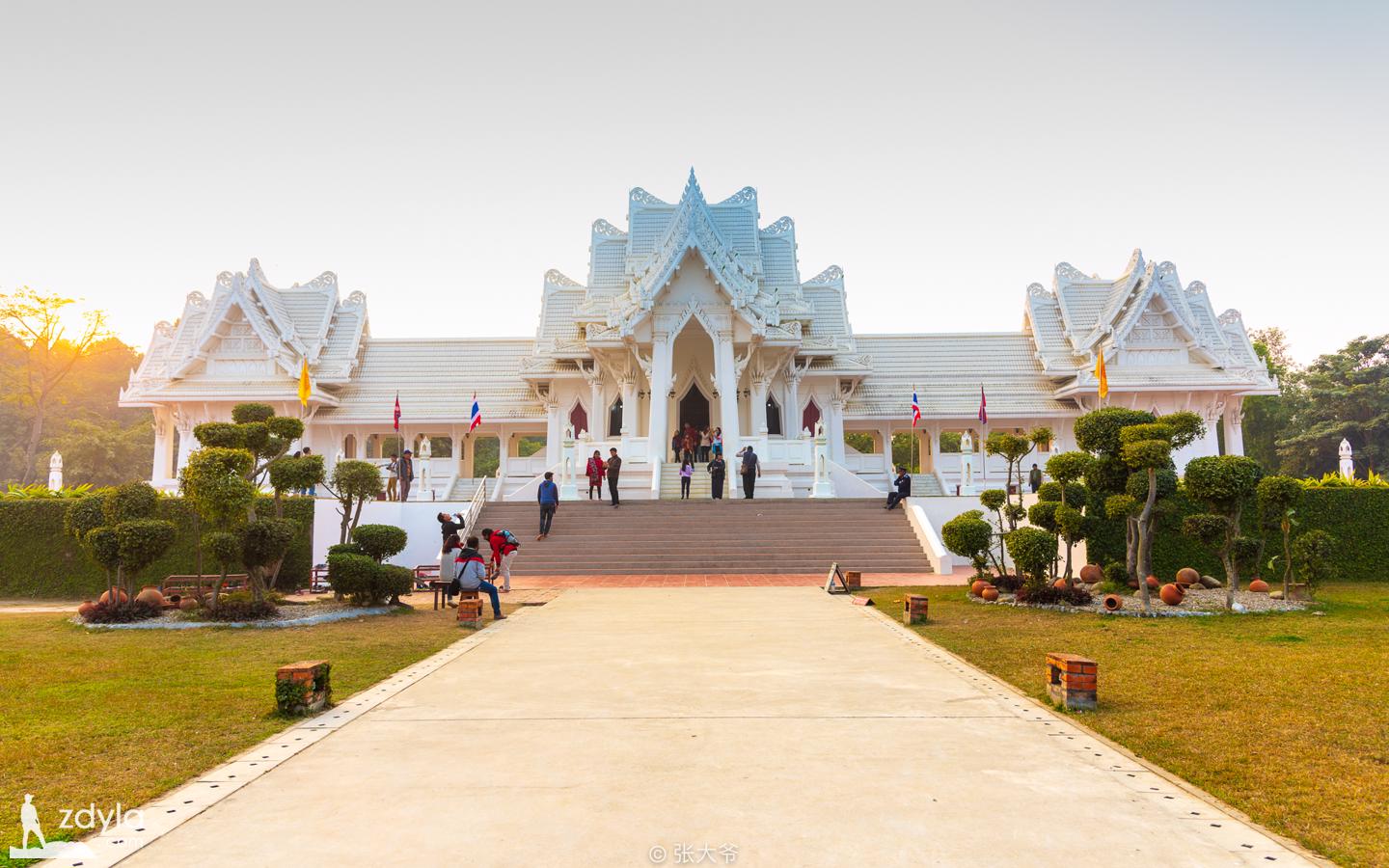 Compared with Mahayana Buddhist temple, the architecture of Mahayana Buddhist temple is obviously more beautiful. Among them, Thailand temple is my favorite. It has distinctive architectural features. The main body of ivory white building, the buildings and cornices are carved with exquisite and exquisite patterns. Looking at the Thai Temple bathed in the sunset, I feel that the whole world seems to be gentle, everywhere is a quiet and good scene