Wander outside reality door ZDY ' LOVE
now you really got Travel to Nepal (21) : China Temple
Use love to fantasize... 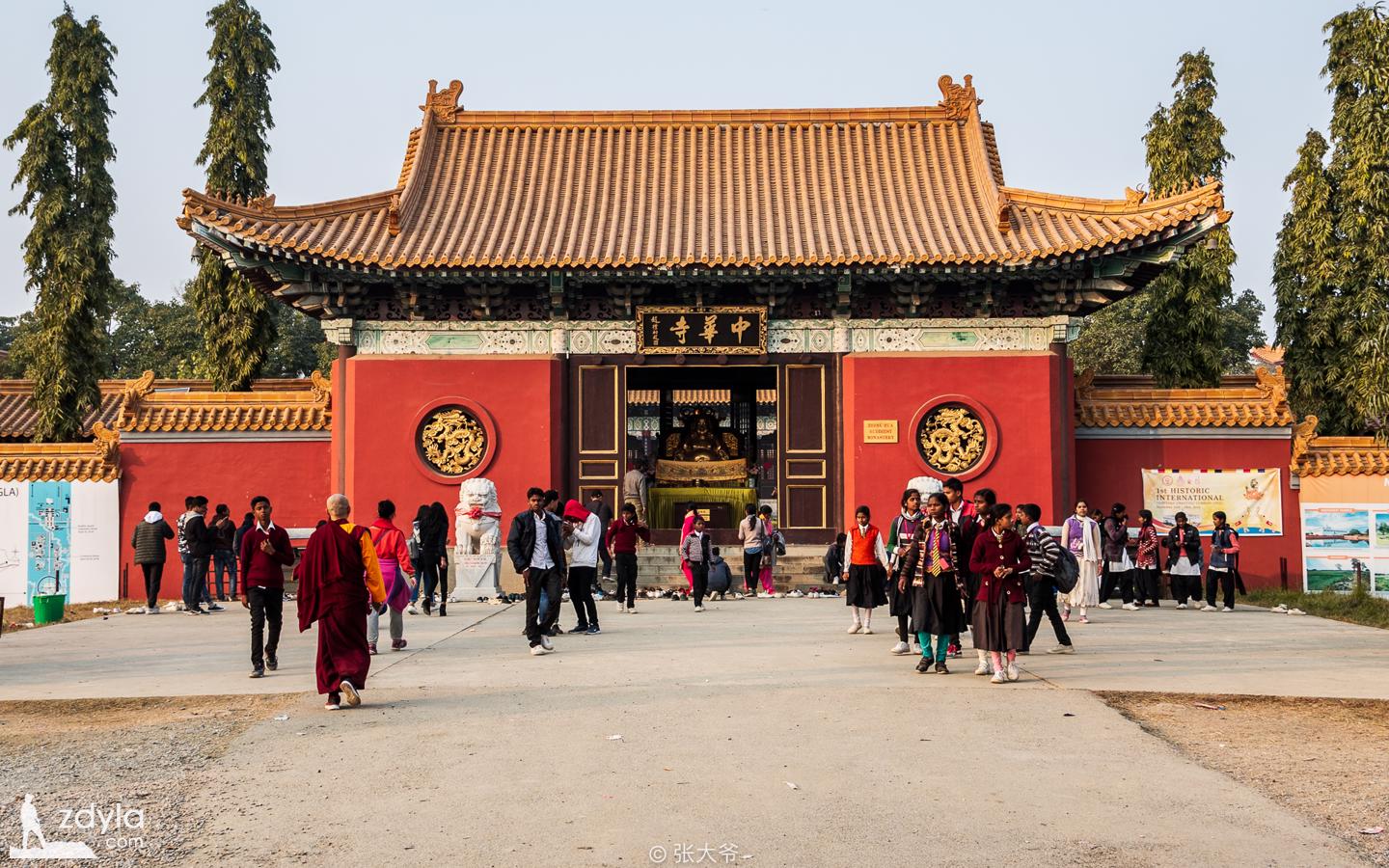 I heard that Lumbini is still from Xiao Hu's mouth! She said that when she left bocala, she would go to a place called Lumbini, where the Buddha was born, and she would like to see with her own eyes what magic was there!

I want to go, too. So, one morning before dawn, we got on the bus to Lumbini. The journey from Bokhara to Lumbini is the same as that from Kathmandu to bocala, and it also takes more than eight hours of turbulence 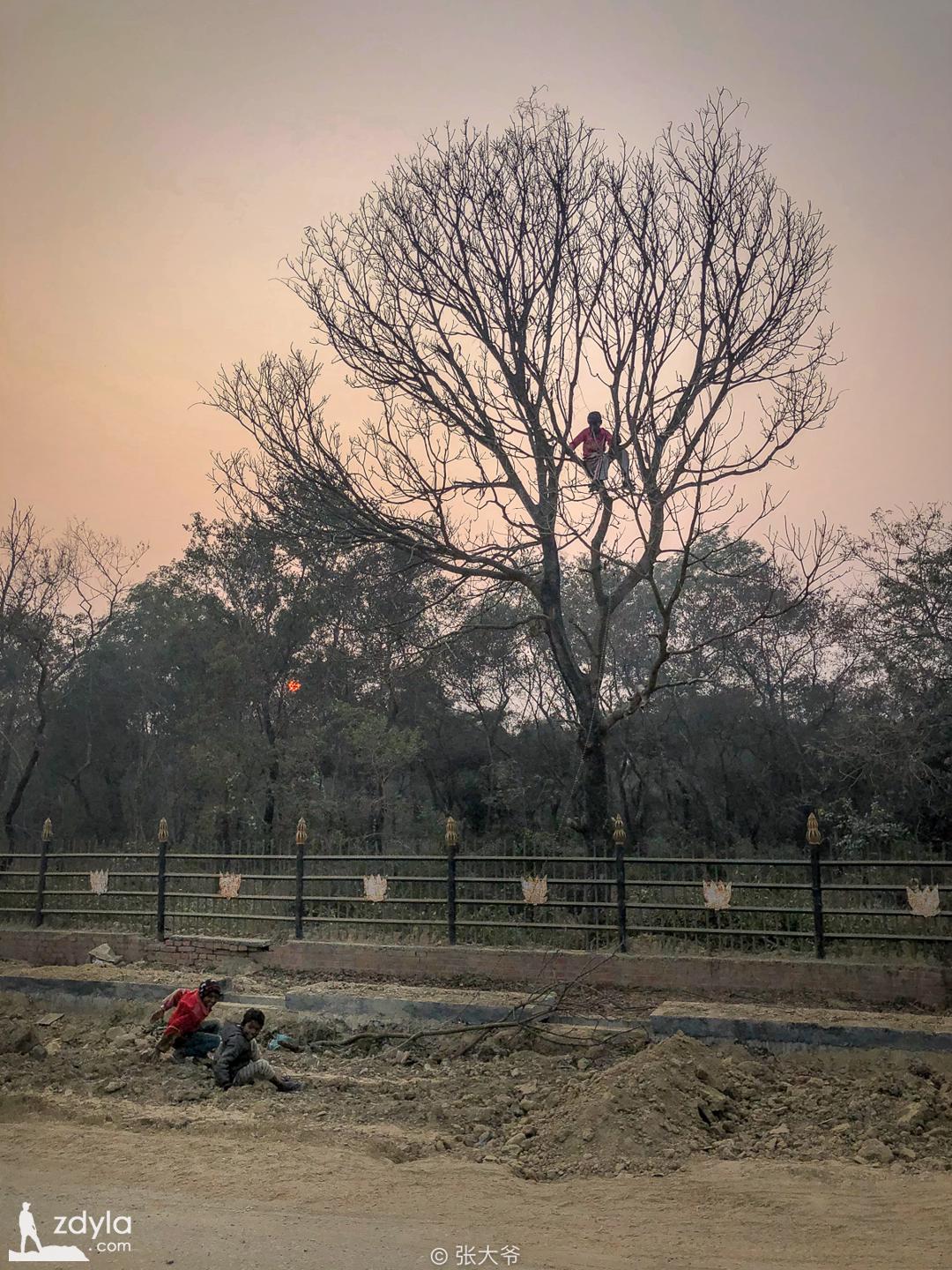 At dusk, we finally arrived at the station in Lumbini. After getting off the bus, Xiao Hu said to me, "we can live in Zhonghua temple on the Internet. I want to try..."

At this time, I learned that there are various Buddhist temples funded by various countries in Lumbini, and the ones that can provide accommodation are usually Chinese temples and Korean temples.

Xiao Hu's proposal made me feel more or less conflicted, because I don't believe in Buddhism, let alone understand Buddhism. I just put myself in the position of a tourist. I don't want to add trouble to the monks in the temple because of my ignorance

I suggested staying in a hotel, but Xiao Hu still insisted. She said, "let's go to Zhonghua temple and ask. If you don't let us stay, it's not too late to find a hotel. If you can stay in, why not have a more experience in the temple?"

I was embarrassed to argue with Xiao Hu, so I had to follow her behind her ass. Because the distance was too far, we decided to call a personal tricycle after walking for more than ten minutes. Thanks to this decision, we were lucky to arrive at our destination just before the closing of the Zhonghua temple! 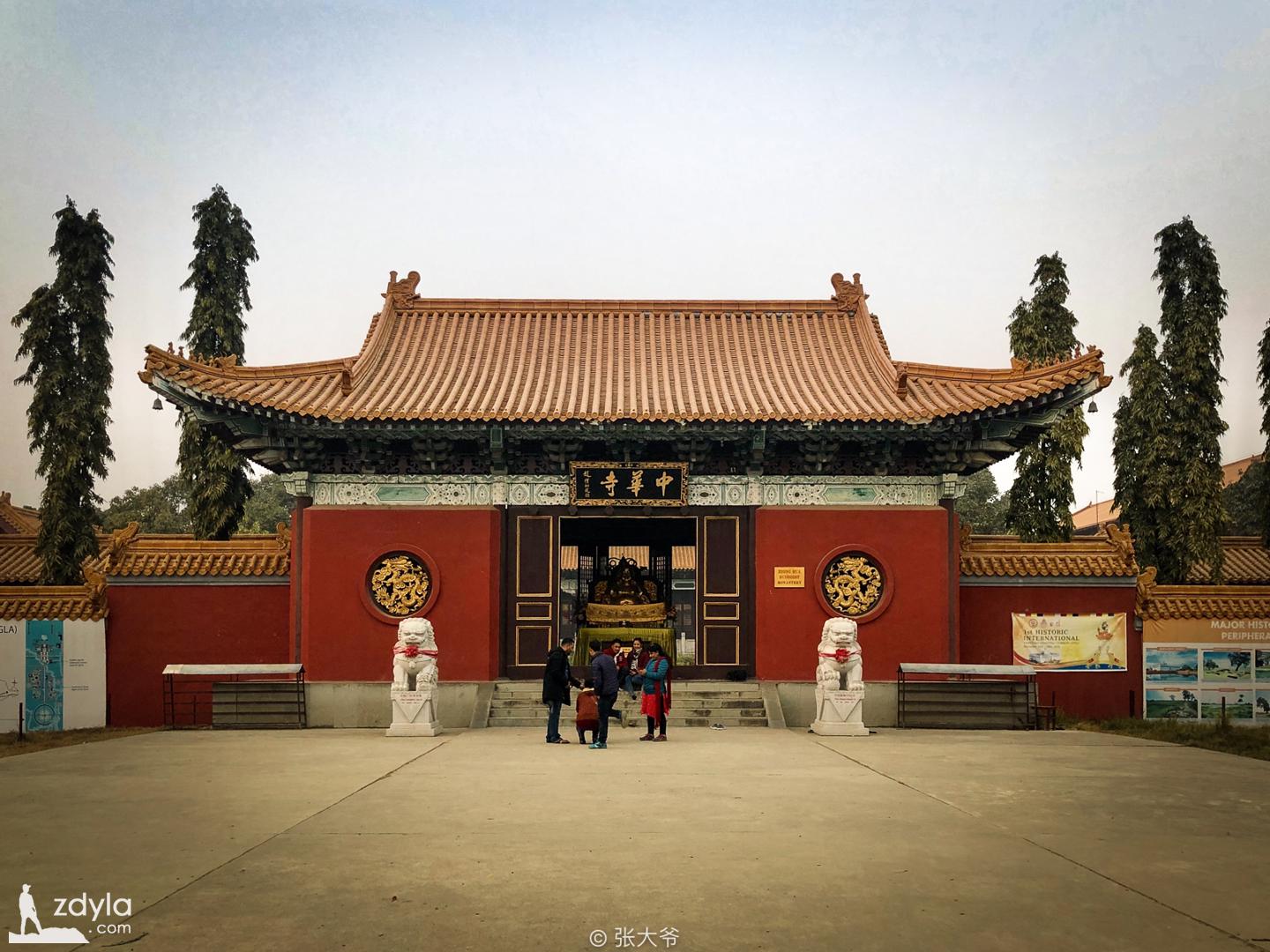 Never thought that the master of Zhonghua Temple agreed to our request for admission so happily! He only hesitated for a second, and assigned us a room. Maybe it was because it was late, and the master couldn't bear to see us in the darkness, running around looking for accommodation

The reason why I have this experience is because my roommate, Mr. Zhan, told me something. Although he and I had already entered the Chinese temple at the same time! Zhonghua Temple needs to make an appointment in advance, so he has been living in Korean Temple before. For my arrival, he envied me and sighed the good luck of Xiao Hu and me 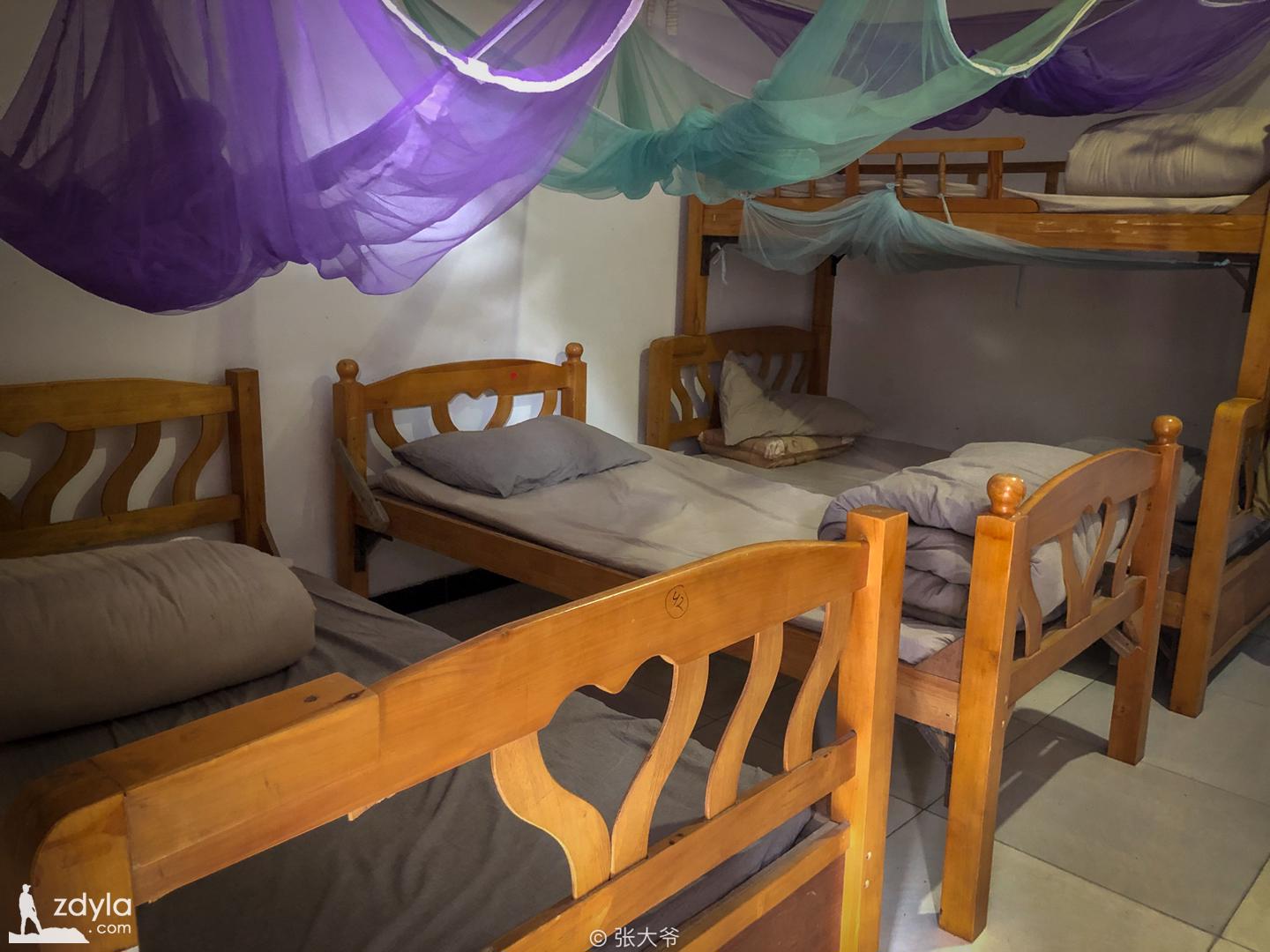 The guest rooms of Zhonghua temple are all three people with independent bathroom. Although the facilities are somewhat old, compared with the Datong shop in Korean Temple, it is a paradise! In addition, each bed has a mosquito net, and this small detail can make the guests living in the Korean Temple envious. On this point, old Zhan is deeply experienced

Since you live in a temple, you must abide by the rules of the temple. When I checked in, the master had already told me that Lao Zhan taught me. For example, the temple closes at 7:00 p.m., and we must come back before closing; the teachers' morning class time is 4:30 in the morning, and all guests living in the temple must participate in the study; the canteen of the Temple provides free vegetarian food, but it must be eaten within the specified time, and when eating, we can't Make a noise so as not to disturb others

Knowing everything here, I carefully arranged my belongings with me. Although the time to sleep is still early, but the temple life is very boring, I hastily finished the diary, ready to go to sleep

Outside the window suddenly rings the bell, is sleeping me, the brain seems to be instantly exploded in general! How do I feel like I just went to bed and I'm going to get up! I set the alarm clock for morning class at four o'clock, which also rang at that time! I really want to cry without tears, it seems that I really want to get up

I squint sleepy eyes, wipe black to turn off the phone alarm. Turn around and look at old Zhan, he is lying on the bed still did not move! I went to pat Lao Zhan. Unexpectedly, Lao Zhan arrived before he made a sound. He said, "wait for me to wake up for another five minutes..."

Or ginger is more spicy, he said five minutes, really five minutes! While brushing my teeth, I was surprised to see Lao Zhan standing up from the bed. It didn't take me a few minutes to finish the washing task. We quickly went out to the main hall for an early class, of course, "on time" is also expected by Lao Zhan.

The great monk in the temple saw that the people had arrived at Qi, and then signaled the monks to start chanting scriptures. Our guests who live in the temple can't understand what they read if they don't believe in Buddhism for a long time! Fortunately, there are several scriptures in the corner of the hall. Lao Zhan took one for himself and one for me. I opened it and found that it was not only the "incomprehensible" but also the incomprehensible one! Some of the Scriptures are Chinese poetry, which I can barely understand with my shallow language level, but some of them are transliterated Sanskrit, which makes me confused

I was confused to look at everyone and felt that they were all serious. I think it's not just a matter of rules, but a matter that should be taken seriously. So, I read word by word according to the Scriptures in the book

The morning classes include the Lengyan mantra, the great compassion mantra, the ten small mantras, the Heart Sutra and the Huixiang text. The chanting starts and ends with Buddhist Chants. We not only follow the great monks to listen to the Scriptures and recite the sutras, but also cooperate with them to do some morning rituals, such as circling the Buddha, kneeling down and chanting "Nanwu Guanyin Bodhisattva, Nanwu dashizhi Bodhisattva, and Nanwu pure sea Bodhisattvas.". It was not until the monk struck the chime three times and then the bell three times that the morning class was all over. 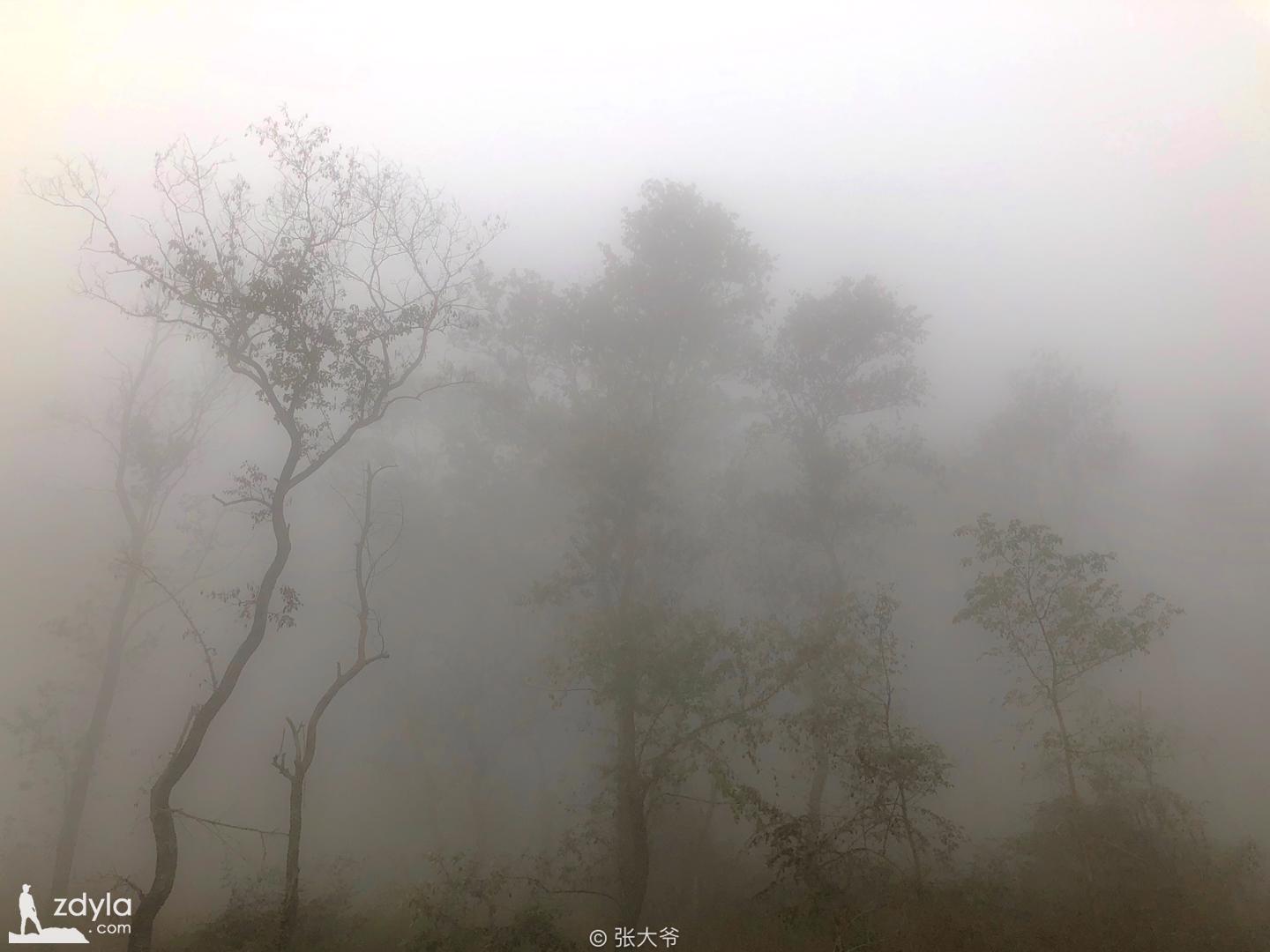 After breakfast, I planned to ask Xiao Hu to go out for a walk outside the temple. But I didn't expect that Lumbini had such a thick fog that the visibility was only a few meters. I felt like I was blind in the fog when I was outdoors. I was really worried that some strange birds and monsters would burst out suddenly. However, I had to go back to the temple to continue to sleep.

Until noon, the fog finally gradually dispersed, but it was still like haze, such air quality, can not help but make people frown