Wander outside reality door ZDY ' LOVE
now you really got Travel to Nepal (19) : Sprint ABC
Use love to fantasize... 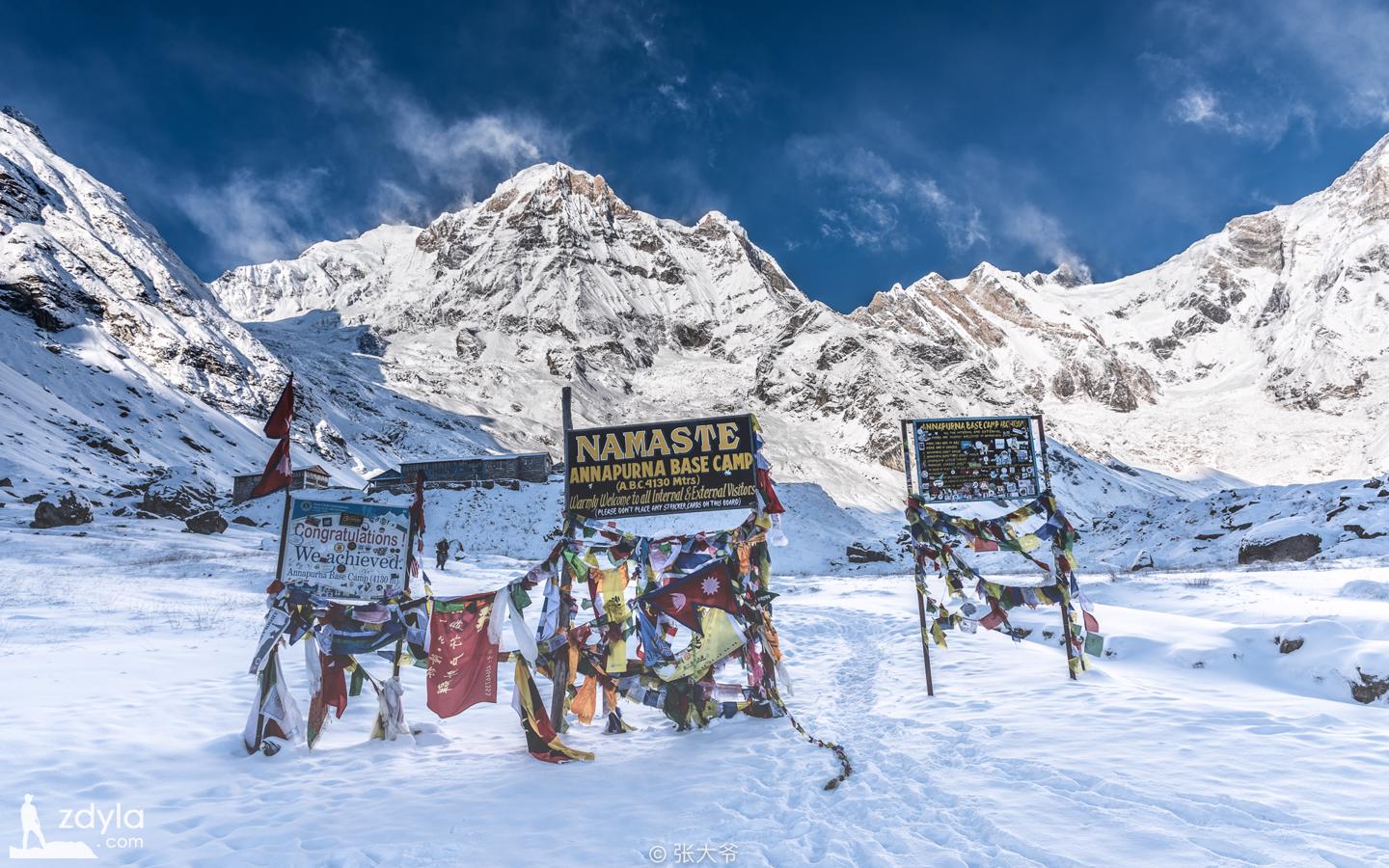 The night in deurali was surprisingly cold, and I felt colder than any night before. In the morning, I opened the door and found a vast expanse of snow outside. Dare you, it's snowing all night!

Xiao Hu and I picked up our bags and set off without washing our faces or brushing our teeth! Because the temperature is too low, all the pipes used for washing and gargling are frozen to death! In order to unfreeze, the innkeeper poured a few pots of hot water, but he had to give up

The distance between deurali and ABC is not very far. Although it is only six kilometers, the climbing height is nearly 1000 meters! Even if there is no snow last night, the last six kilometers of distance is also ice and snow, so the process of sprint ABC must be very difficult

With the increase of altitude, the oxygen content in the air gradually decreased. I started to walk a short distance and had to stop to rest. The lack of oxygen not only increased the burden on my body, but also did not bring me other symptoms of discomfort. I have some experience of living on the plateau, so this is nothing to me, but the cliff on the way is the most thrilling 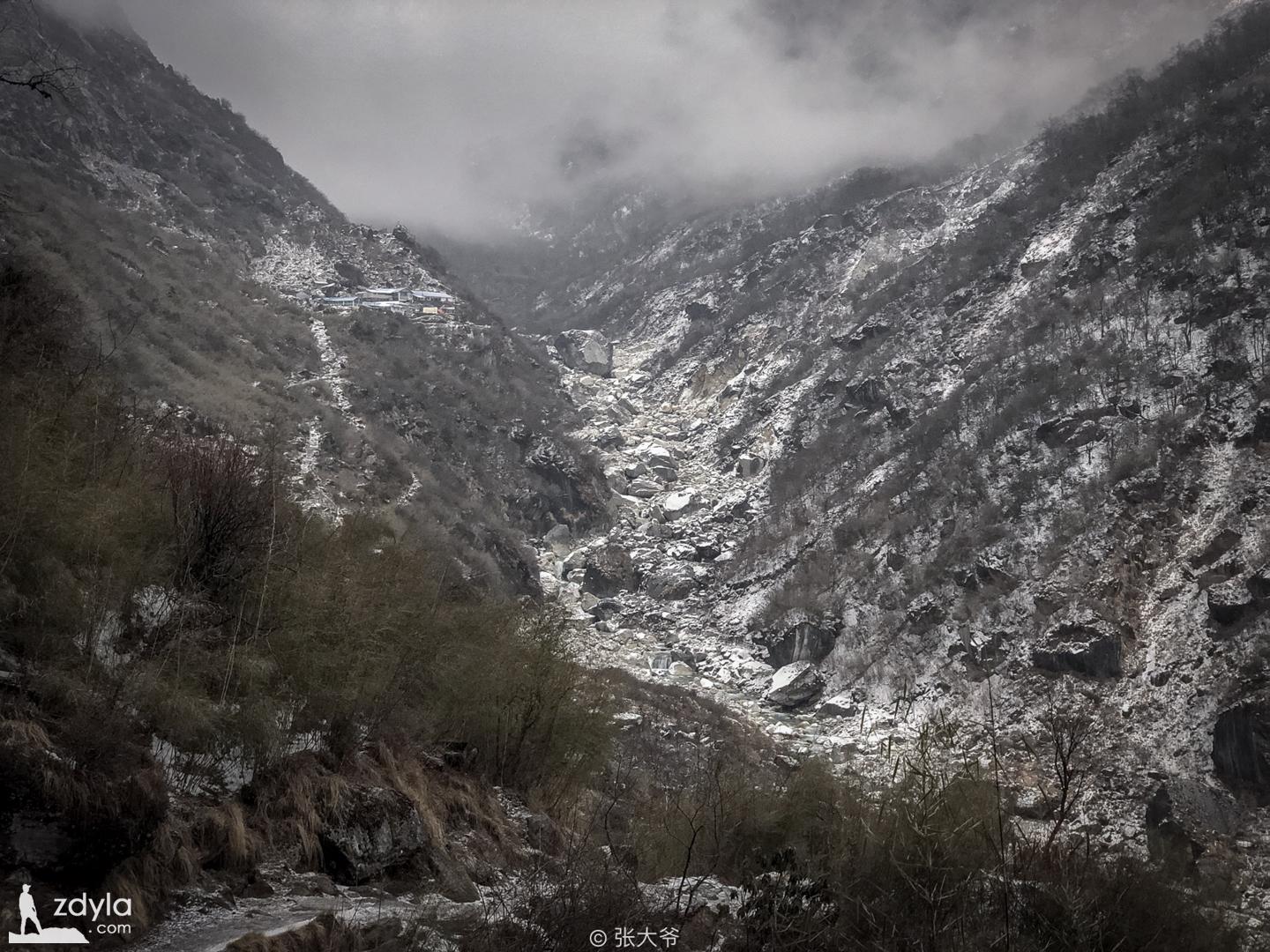 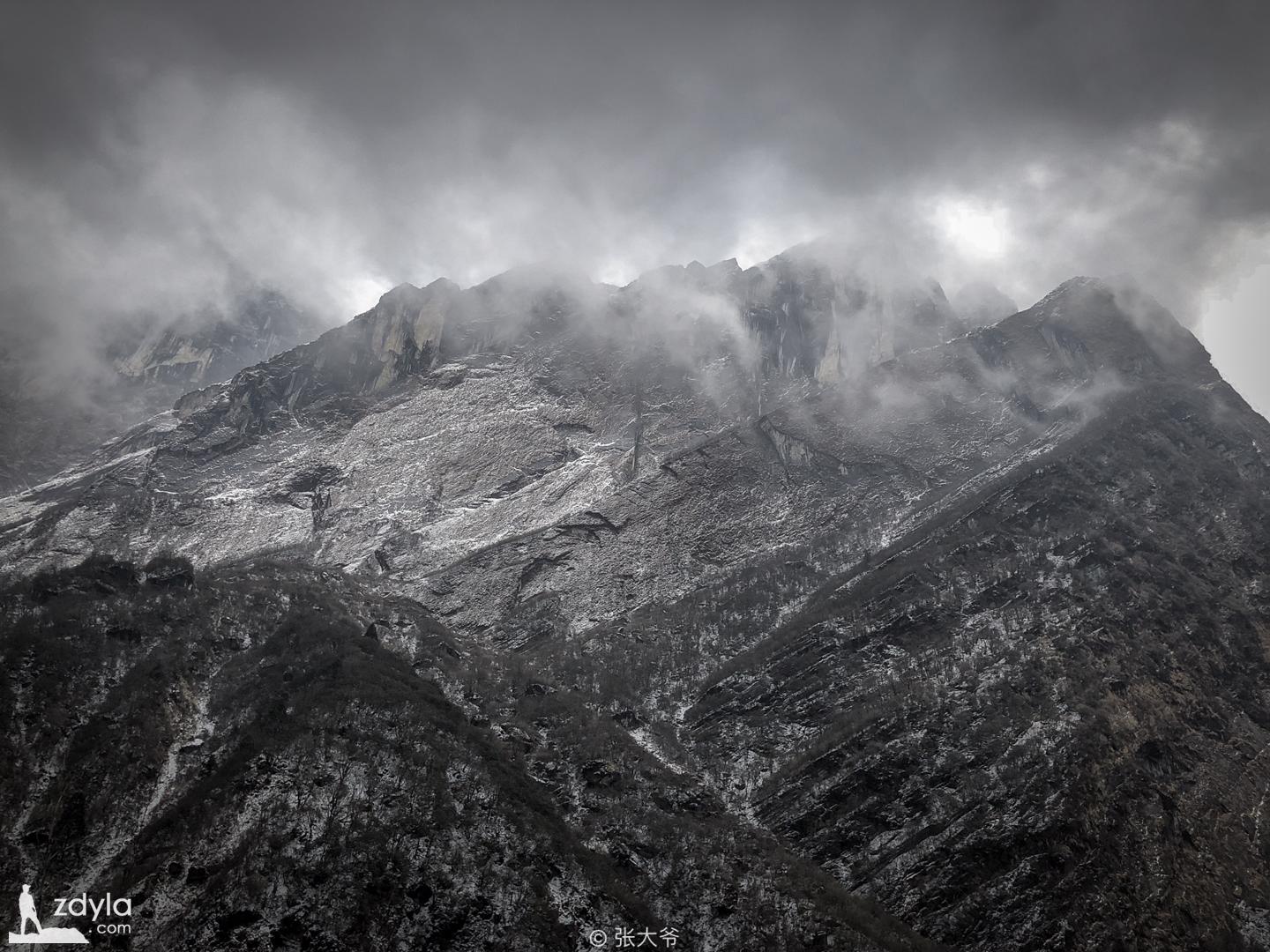 The most impressive section of the aisle is located at the edge of a landslide. Although it is only a few meters long, it is only the width of one foot! On the other side of the corridor is the slope sliding into the valley abyss. If you are not careful, you may fall down

For hikers, if you are careful, there will be no tragedy, but when a heavy load carrying a heavy load passes by, it is a real "critical moment" 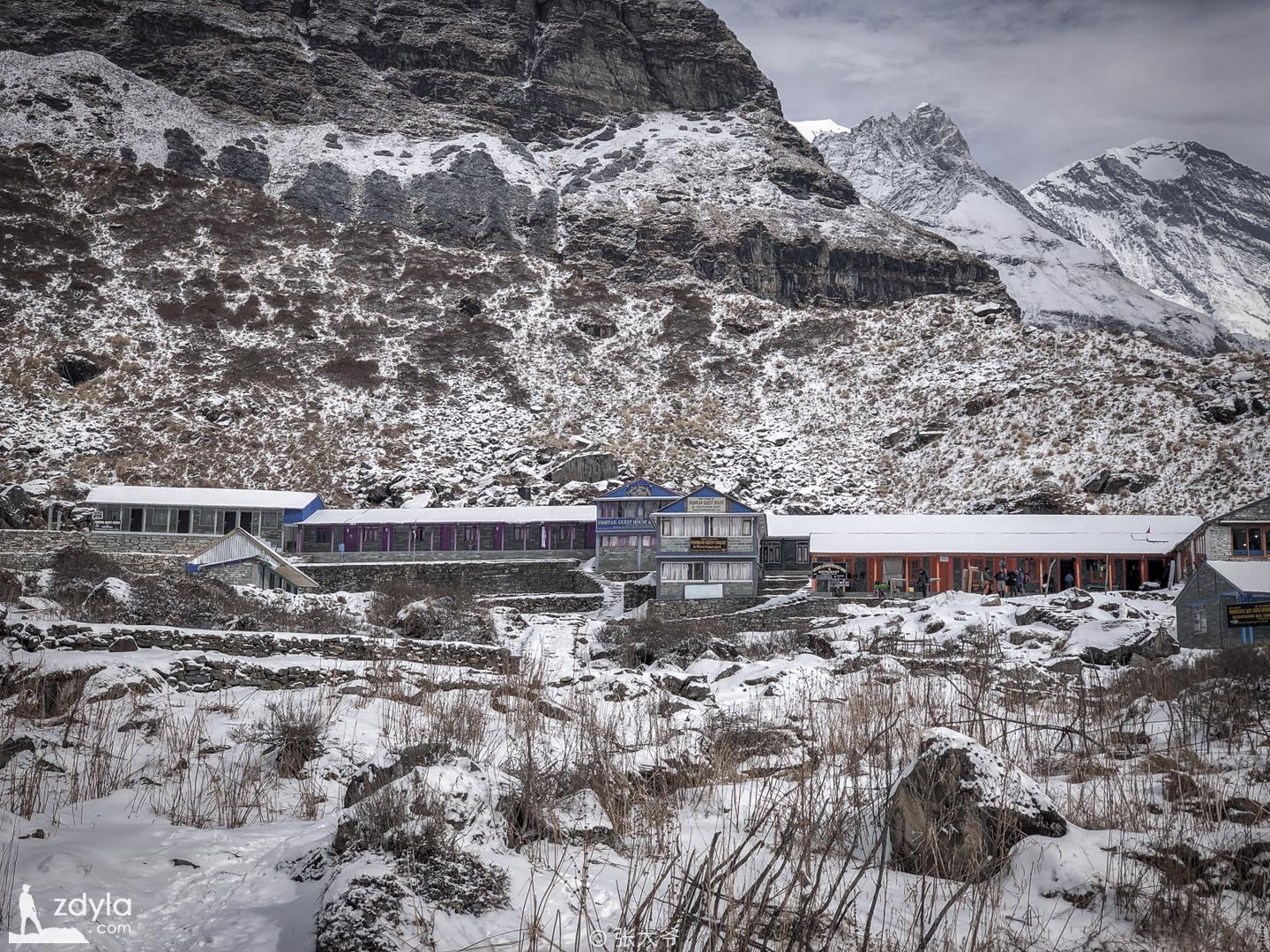 After three and a half hours, we began to slowly approach the MBC. The deep view of the valley gradually widened, and the scenery gradually became spectacular. When we cross the MBC and look back at fishtail peak, its majestic mountain is like a warrior in armor standing in the ice and snow, tall and majestic!

Time is approaching noon, the sun hung high in the sky, it did not bring us warmth, but brought dazzling sunshine! Of course, I would not be stupid enough to stare at the sun, but because I did not carry sunglasses, I was tears streaming from the reflection of snow around me. Fortunately, the sky from time to time will float a white cloud, help me block the sun for a while, let my eyes relax, otherwise, I guess I have to close my eyes and feel to go to ABC

The process of hiking is not difficult, the difficult thing is to persist! And the last part of the journey is particularly important, because the thin oxygen makes people's legs as heavy as lead. After another two hours, Xiao Hu and I arrived at ABC smoothly. 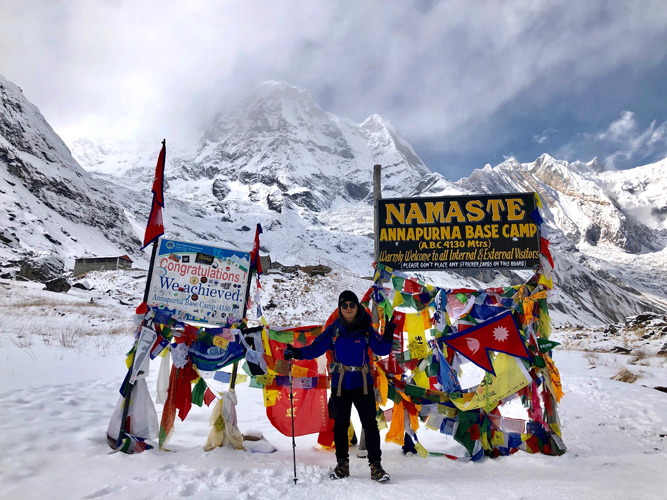 The Mountain God seemed to be waiting for our victory. As soon as we finished taking photos, a strong wind blew in the valley! Next to the fog, Anna had to look down at the foot of the mountain. The fog filled the whole valley with exaggerated speed, and then the snowflakes floated. The vast expanse of white in front of us, and the visibility was less than three meters

I sat by the window with a cup of hot coffee in my hand and watched the ants struggling out of the fog. They were only a few minutes late, but they stepped into another celestial body. I couldn't help feeling the scene and sighing, "maybe, this is the fuckin 'life!" 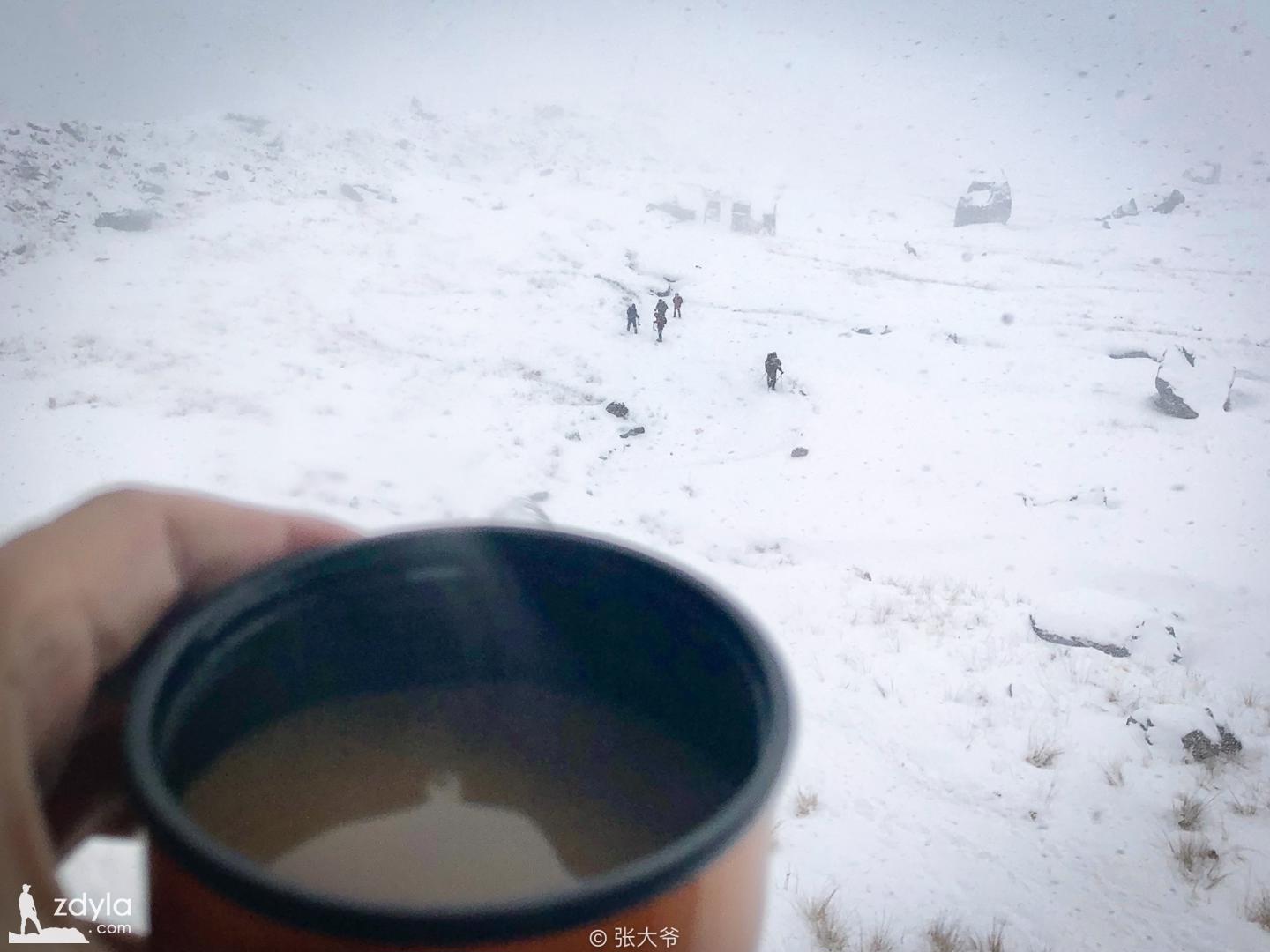 The fog and snow seemed to have been on all afternoon. The cold environment plundered every trace of temperature emitted from the surrounding area. Even if more and more people gathered in the inn, the temperature did not change at all.

Xiao Hu and I still ate hot soup noodles and hot milk. We spent a lot of money on the Wi Fi in the inn, but we couldn't even send out a message. I think no matter how boring I am, I won't squander the temperature we just saved in the cold, so we went to bed early.

Speaking of all, the date of arriving at ABC is my thirtieth birthday in the lunar calendar, and two days later, that is, the day of going out of the valley in the plan, is the 30th birthday of my Gregorian calendar! These two days are so close, or I checked the calendar before I went to bed to find out.

ABC hiking is my 30th birthday gift in my plan. I didn't expect that when I went out of the valley, I could make up a big meal for myself on my birthday. Such a coincidence must be the blessing of fate for me! Finally, I will spend the last night in the valley.

There is one final play in the plan, which is watching sunrise in ABC! Before the hike, I was so excited about ABC's sunrise that the next day I became the first person to climb onto the observation platform to watch the sunrise!

The snow stopped, the fog dispersed, and all the snow capped mountains around the viewing platform appeared. I could not name any other mountain except Anna purna. They surrounded me, not only tall, but also close, as if you could reach for it! When I look up, I can only see a small piece of sky above my head, which is like a frog in a well

Waiting for a long time, until the sky is bright, the sun still did not climb these mountains! When the sun finally lights up these mountains, I have been looking forward to the "sunshine Jinshan" did not imagine that the shock

Although it is quite different from the scenery when standing on the Poon hill, the magnificent scenery of ABC is not only the sunrise, but also the beginning of true beauty when passing through the snow covered Valley on the return journey!

When I pulled down, I found that the snow was really heavy last night. The snow was thick enough to easily submerge my feet and wrists. In some places, I couldn't reach the knee! Such a road has been from ABC to MBC. Although the shoes are still attached with ice claws, they have been slipped several times and the ankle has been twisted. Fortunately, the injury is not serious! 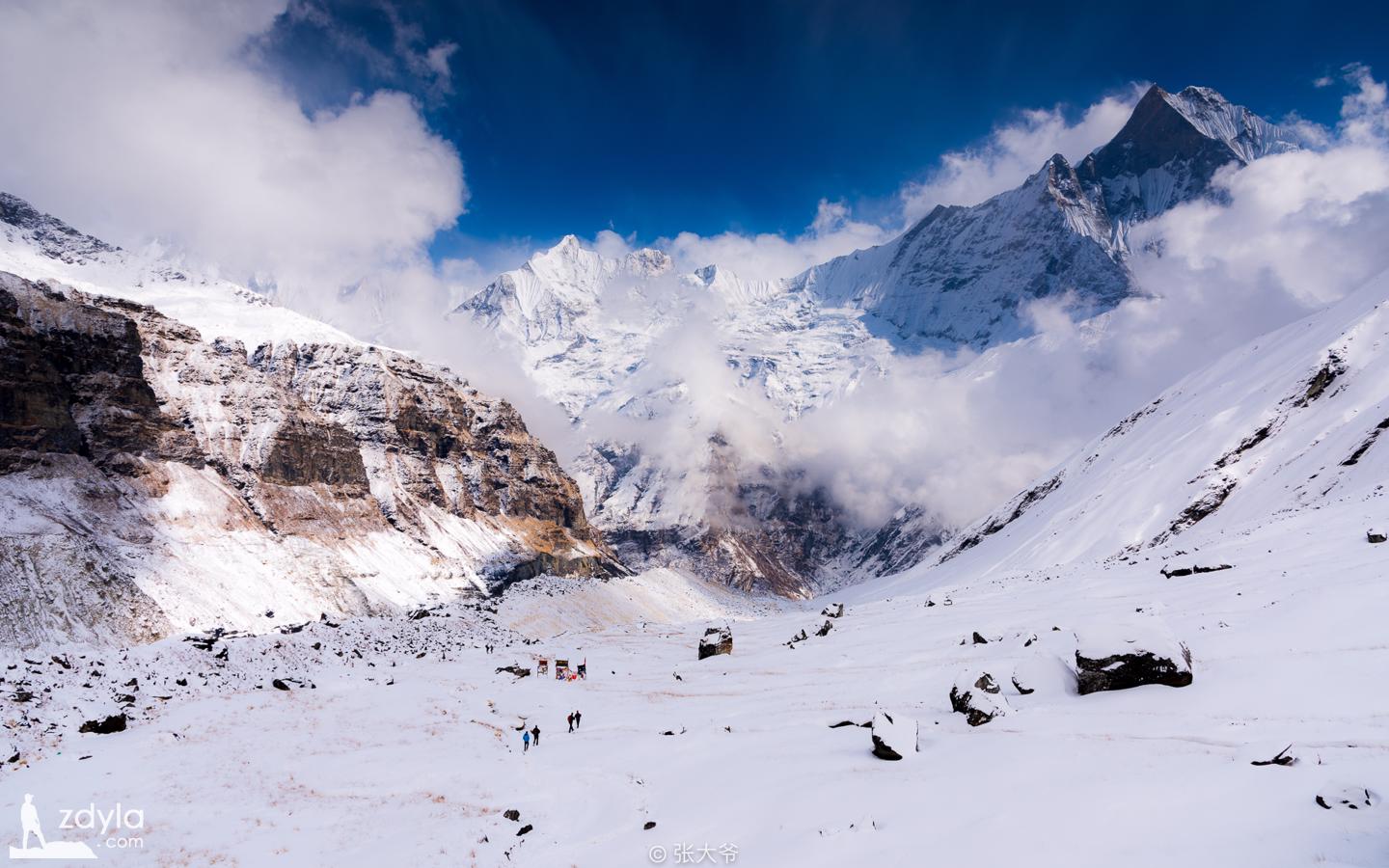 When we were hard to "escape" from the palm of fishtail peak, it was not until bamboo that we got out of the influence range of heavy snow! Without the trouble of snow, in the shady virgin forest, we finally miraculously withdrew to chhomong at night! This makes the rest of the pull down task a lot easier

The next day, Xiao Hu and I were supposed to get back to nayapul before dark, but at the suggestion of several other hikers, we spent three hours walking to Jeep station, and finally carpooled back to bocala. 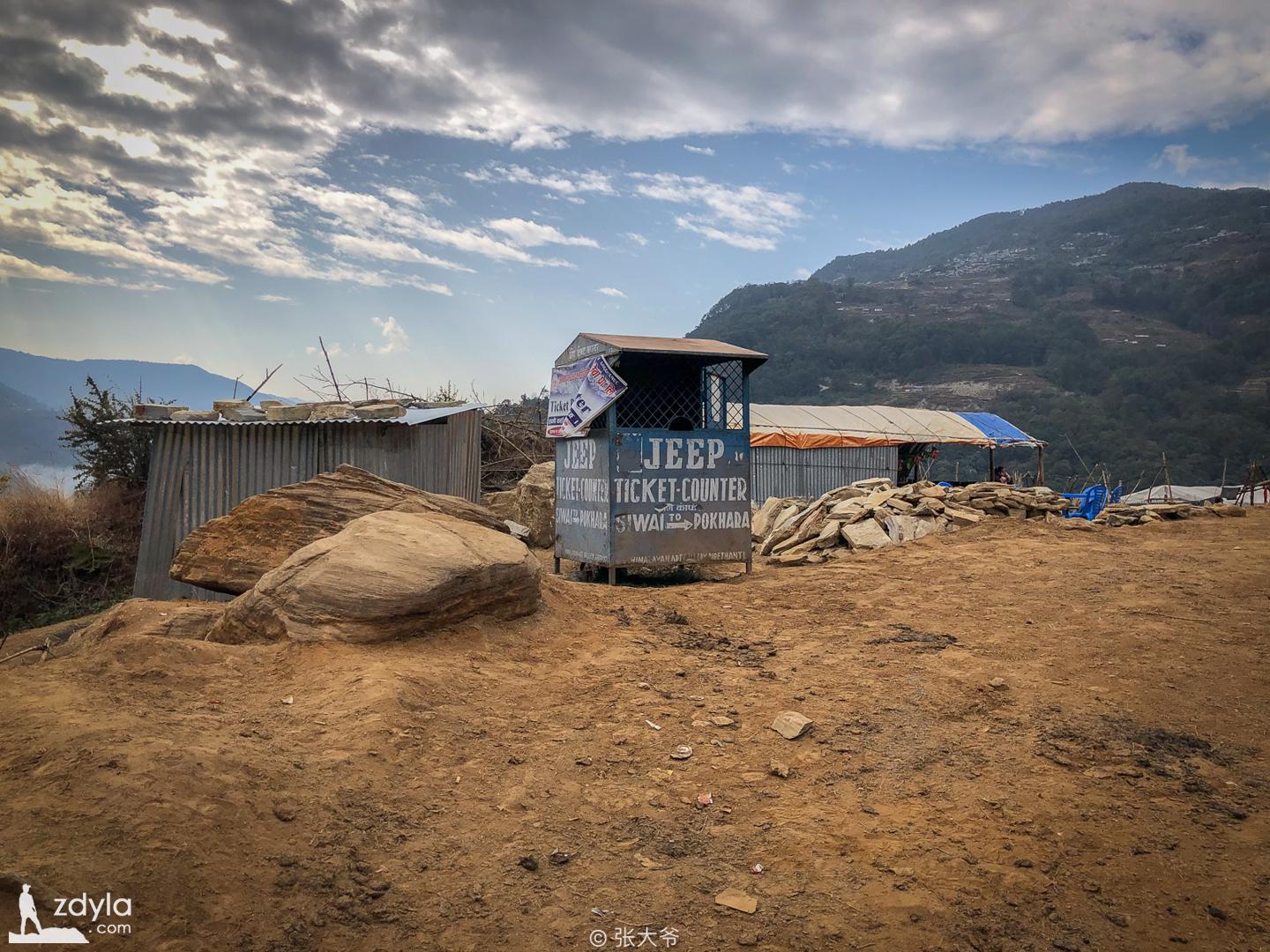 Back to the "human world", the first thought in my mind is to eat a big meal! Xiao Hu and I immediately celebrated our ABC hiking mission with a Sichuan hot pot, and at the same time drew a perfect end to my 30-year-old!