Wander outside reality door ZDY ' LOVE
now you really got Travel to Nepal (16) : Just waiting for a miracle
Use love to fantasize... 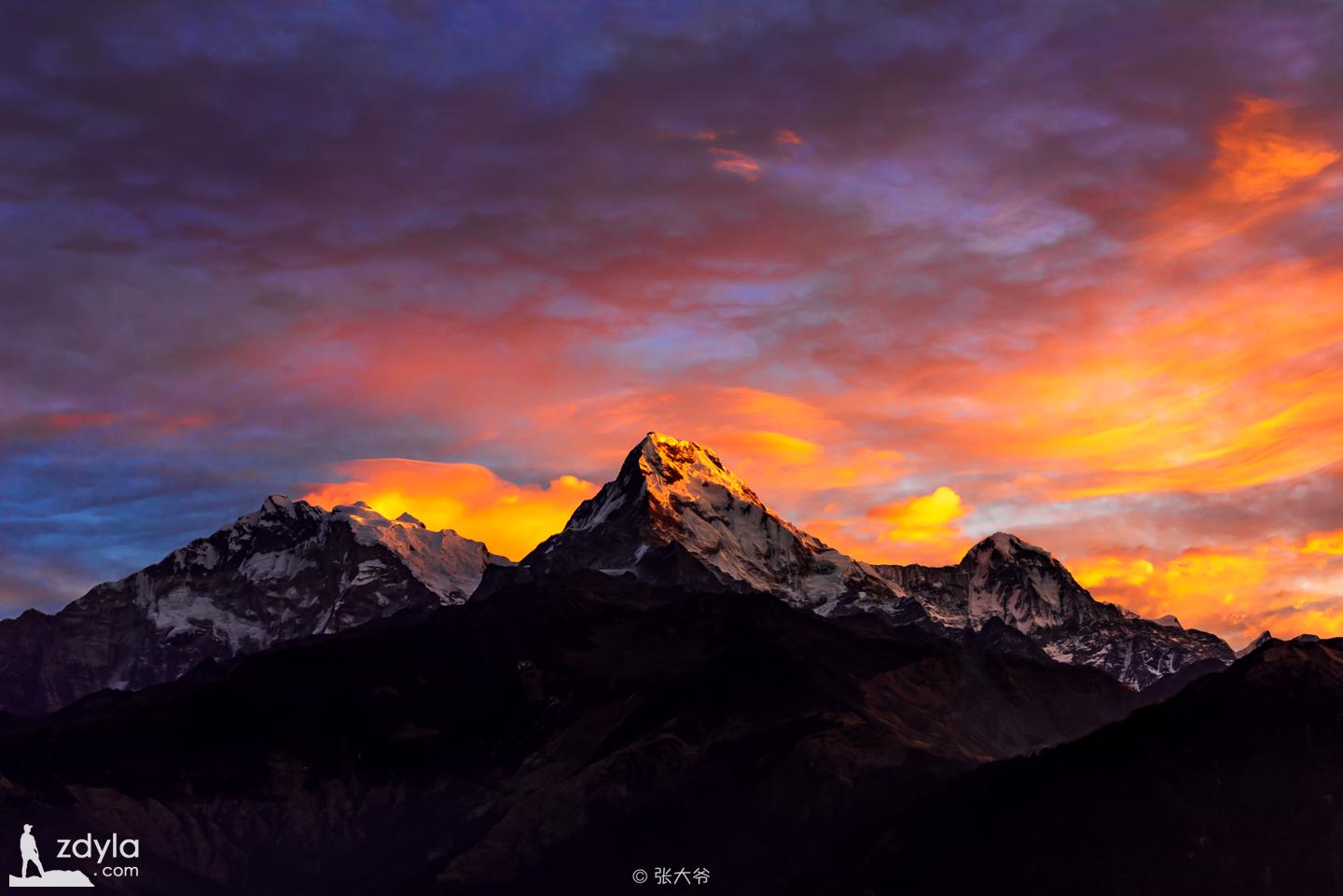 Xiao Hu and I picked up the good things, ate some bread and milk and started the next day's journey!

Today's destination is ghorepani, 2780 meters above sea level. It's nearly nine kilometers on foot. Compared with the first day, the next day's journey is much easier, perhaps because of breakfast!

Although the climbing height from ulleri to ghorepani is no less than that of the first day, there will be a gentle slope of more than ten or twenty meters every time you rise on the road, so you can take the opportunity to relax while walking. If you pass through the village, it will be better. The road section used to relieve the body can be extended to 40-50 meters. If you persist, you can form a rhythm without stopping! 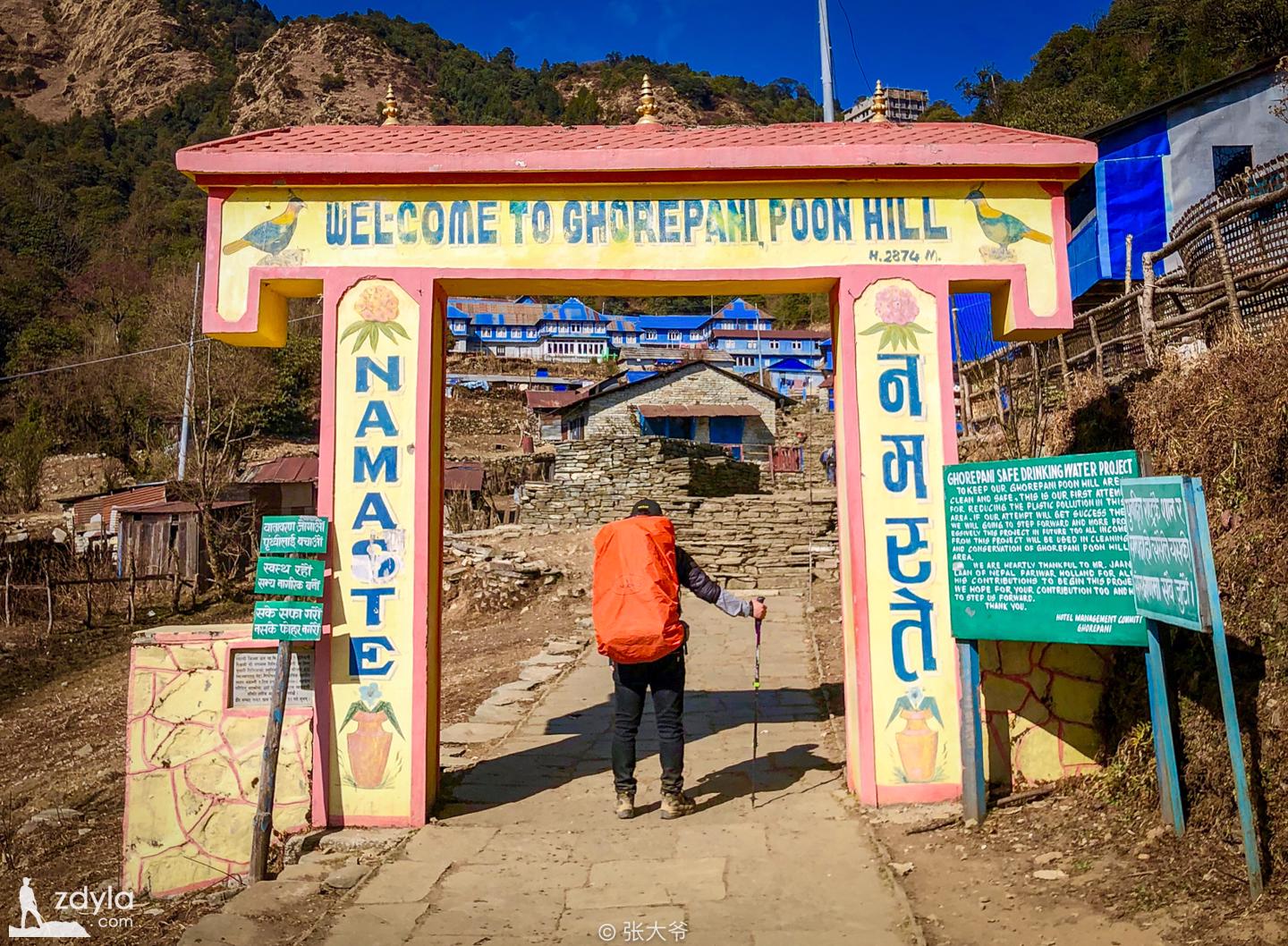 As a result, it took us only three hours to finish the nine kilometer journey, so that we could have lunch in ghorepani's Inn at noon

Ghorepani is a village at the foot of the famous Poon hill mountain, Poon Hill is not a majestic mountain, or a mountain with beautiful scenery. It is famous because its peak is the best place to see the world's tenth highest mountain - Annapurna. The sunrise and sunset of Annapurna from a distance is the first important part of our hiking trip, which is the reason why we stay in ghorepani! Xiao Hu and I stayed in the inn next to the registration office, because it was close to the stairway to the top of the Poon hill, but more people chose to live in ghorepani deurali, a village a little higher than ghorepani, and it looked a little bigger, which we found out later

After lunch, Xiao Hu and I had a rest until 2:30 in the afternoon before we were ready to go to the Poon Hill viewing platform. The local sunset time is 6:00 p.m. the reason why we walk so early is because we don't know the difficulty and length of the journey. The altitude of the top of the Poon hill is 3400 meters, and the climbing height of more than 600 meters is also a little difficult challenge. Go earlier in case of any accident on the way

Xiao Hu and I went out in simple clothes, but the process of climbing to the top of the mountain was unexpectedly smooth! Although the climb is high, the distance is not very long. We made it to the top at 3:30 p.m. 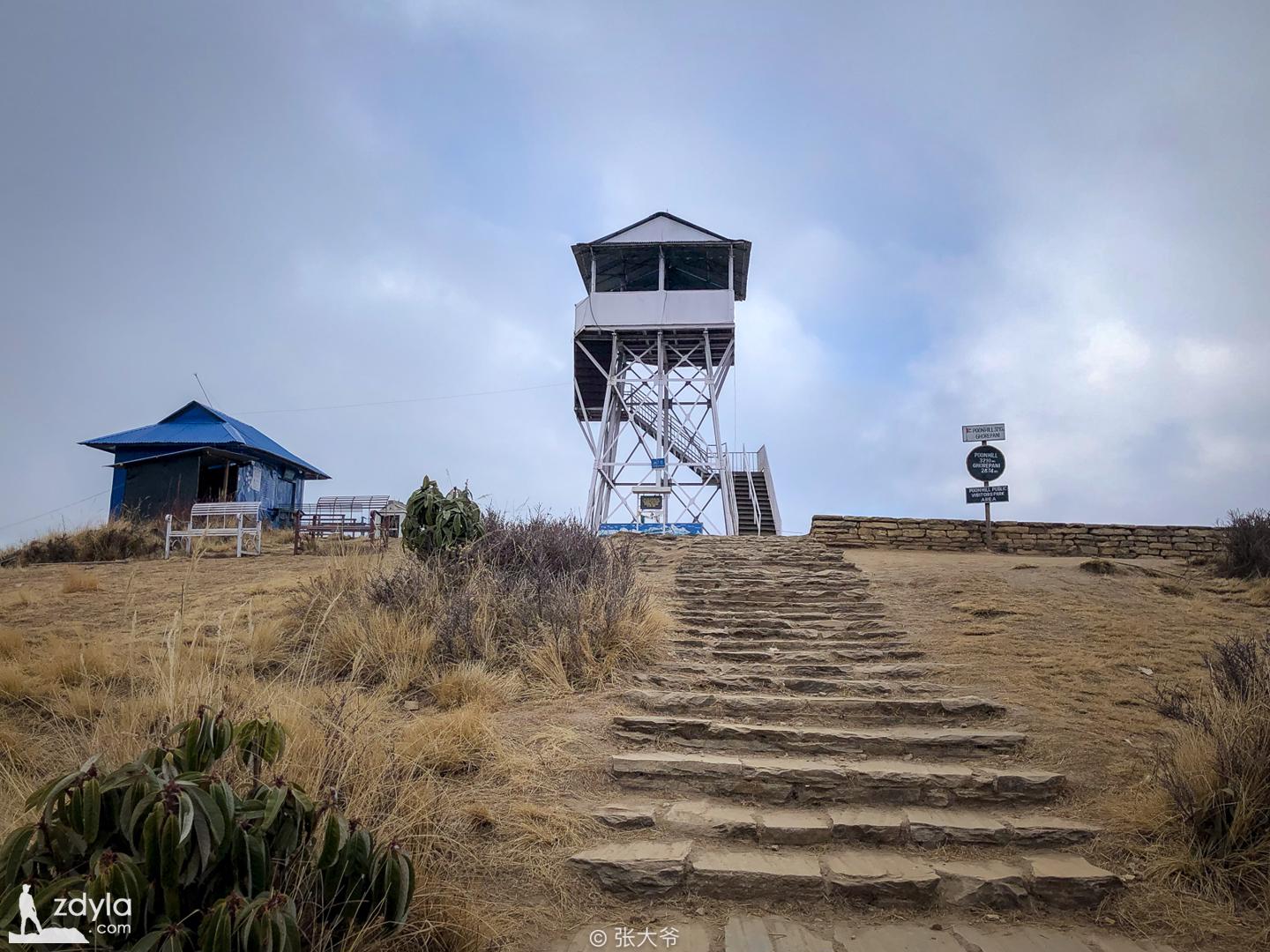 The area of the top of the mountain is not large, so it should not be a problem to accommodate 110 people. In addition, the intelligent Nepalese also built a 20-30 meter high observation platform on the top of the mountain! With this viewing platform, it is not only a simple matter of expansion, but also a better place to watch the snow mountain!

There are only a few tourists on the observation platform, which is very small compared with the number of people walking here. We didn't meet a few people when we went up the mountain. It seems that people are not very interested in the sunset

In the afternoon, there were too many clouds and mists. Some local people kindly advised us to say, "there are too many clouds You can't see the snow mountain... " But I don't believe in this evil! In my experience in Tibet, the higher the altitude, the more unpredictable the climate change. Perhaps, my persistence moved the mountain god, he would like to give me an unexpected spectacle, isn't it beautiful!

When you think of the "sunshine Jinshan" that you can see immediately, you can't help laughing in your heart. But at this time, the dark clouds really covered the sky, not only could not see the shadow of the snow mountain, but also caused the cold wind to start whistling

Because it was too early, Xiao Hu and I could only hang out on the small observation platform against the cold wind. Until half past five in the afternoon, the thick clouds did not disperse at all. Xiao Hu couldn't withstand the cold wind and decided to withdraw, but I decided to continue to hold on for a while. There is still half an hour before sunset, so we can't give up halfway

As the temperature continued to drop, the fog in the air began to condense into ice crystals, and it felt like a scratch on my face. It was getting dark and I couldn't see the road clearly. I felt that the weather could not change any more, so I had to pack up my things and come back disappointed

But at this time, the sky suddenly opened a gap, the main and South peaks of Annapurna appeared in the gap, the orange sunlight on the peak was particularly dazzling! In the black clouds, they are like warriors in black robes, solemn and mysterious 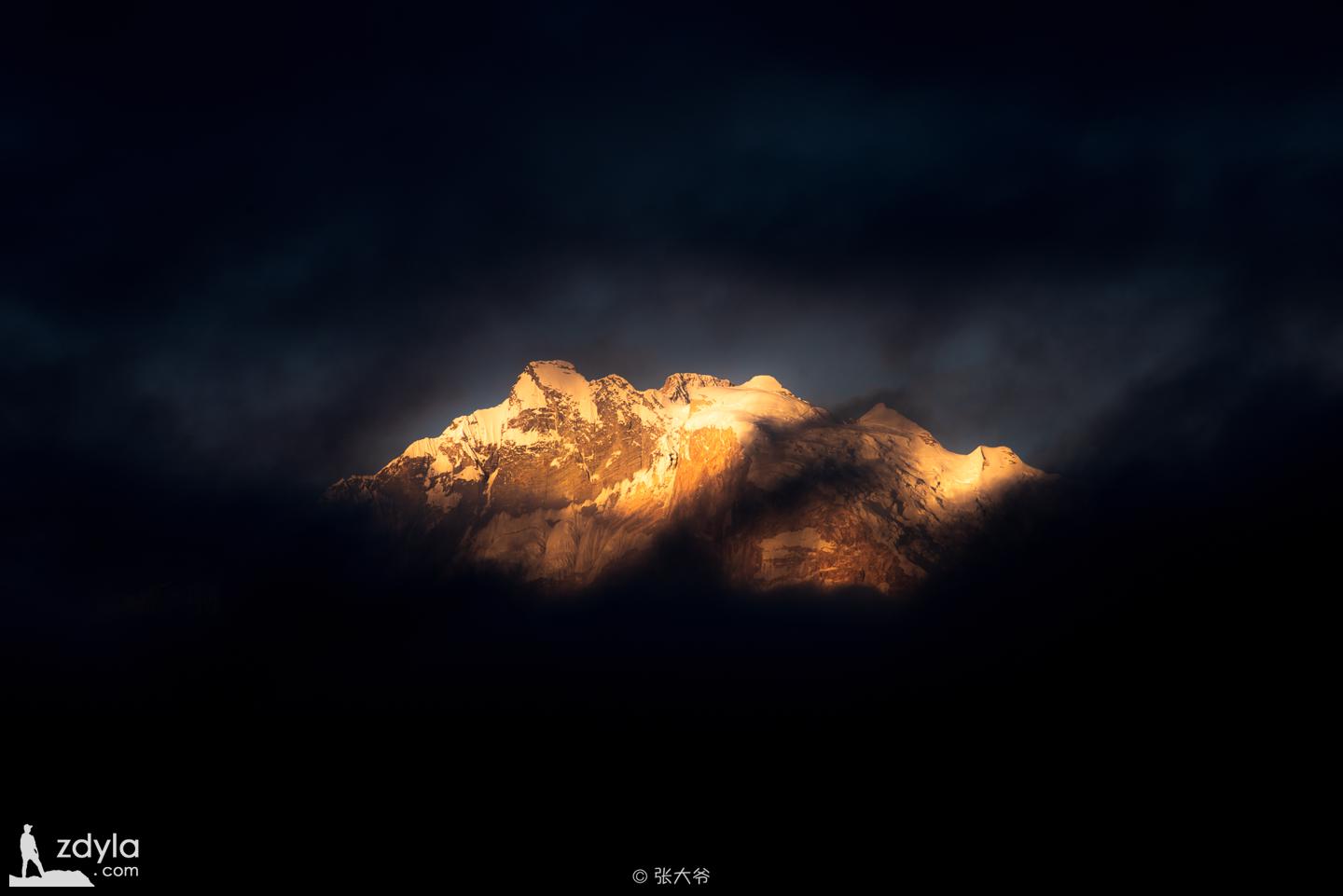 Within a few minutes, the split was healed. Maybe, they just want to say hello to me to make up for the hardship I have suffered for persistence. No matter whether it is like this or not, my heart is very gratified, at least I did not come back disappointed, this has been a "miracle" for me

I went back to the inn, and a comfortable hot soup noodles immediately filled me with cold air. I can't imagine that there is something more comfortable, that is, an incomparable hot bath is still waiting for me to come!

The inn is really awesome! Although the accommodation fee is a little expensive, and there is an extra charge for drinking hot water and bathing, its bath water heater is driven by electricity. One water heater is not enough to heat the water, but it is connected in series. That is to say, the first water heater will warm the cold water, and the second water heater will then heat the warm water! When the dense hot water falls from the sky, even the frozen heart can't help melting away

After the bath, it was still early, I sat in bed and quietly wiped the camera lens. Compared with the setting sun tonight, the sunrise tomorrow morning is more tempting. I hope it will be a big sunny day tomorrow morning

When the alarm clock rang at 4:30 in the morning, Xiao Hu and I started to get up, simply cleaned up, and quickly went to climb the Poon hill.

The early bird catches the worm. Who knows so many early bird! Almost all of the hikers who arrived here last night crowded on the climbing stairs. Because there were too many people, none of the comrades who were tired could stop and rest. All of them stood up bravely. As a result, we only took 40 minutes to get to the top of the mountain

The cold wind on the top of the mountain is still whistling, and the people are shivering. Smart locals sell hot drinks on the top of the mountain, for 200 rupees for a cup of hot water, 500 rupees for a simple instant coffee, and, of course, more luxurious drinks for more money. In this environment, if hot water can make your body more comfortable, it is not money, nor water, but a panacea! If you can hold coffee with a little money, then coffee is no longer coffee, but a kind of enjoyment

I looked up at the sky at a 45 degree angle and felt that the originally airtight black began to mix with blue. Day is gradually breaking, the land hazy as if covered with a layer of gray gauze. The snow mountains in the distance are more and more clear in front of our eyes. More than 10 snow peaks with an altitude of more than 6900 meters, such as dorajiri peak group, Annapurna peak group and fishtail peak, are lined up in front of people. It seems that the scene is quite shocking. Snowy mountains one by one seem to be struggling to wake up from a dream, yawn, exhale a piece of goose feather like clouds

After a while, the eastern sky became more and more bright, and the golden morning light began to climb up the head of each snow peak gradually. It seems that the snowy mountains are not ready to get up, so they are hurt by the unexpected light! The snow capped mountains were instantly dyed crimson. They needed to vent their anger on everything around them. Even the clouds passing by were also affected. The whole sky seemed to be ignited

In the face of such a magnificent scene, people on the viewing platform yelled and exclaimed! I was shocked by a bit of a daze, accelerated beating heart and enlarged pupil told me, such a spectacular sunrise I was the first time to see

However, no matter how the snow mountain breathes, the sky is still as bright as ever. The sun god mercilessly took away their last sleepiness and rose slowly from the eastern sky. 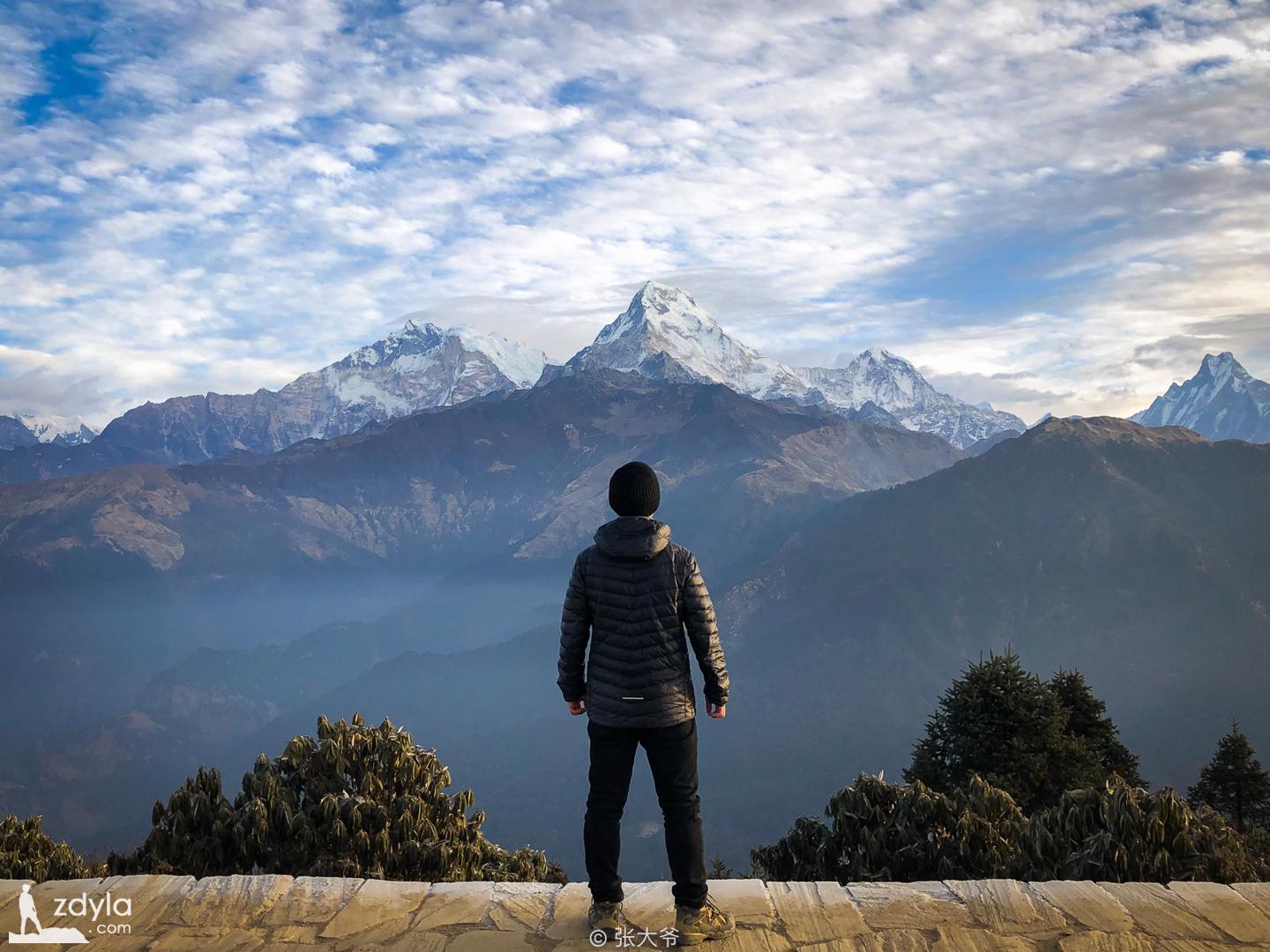 The heads of snow capped mountains began to be covered with golden light, as if the sun god was warning these lazy people that they would be spanked if they didn't get up! Snow mountain people had to be obedient to eliminate the breath, the gold on the top of the head gradually faded...