Wander outside reality door ZDY ' LOVE
now you really got Travel to Nepal (10) : The same place have different world
Use love to fantasize... 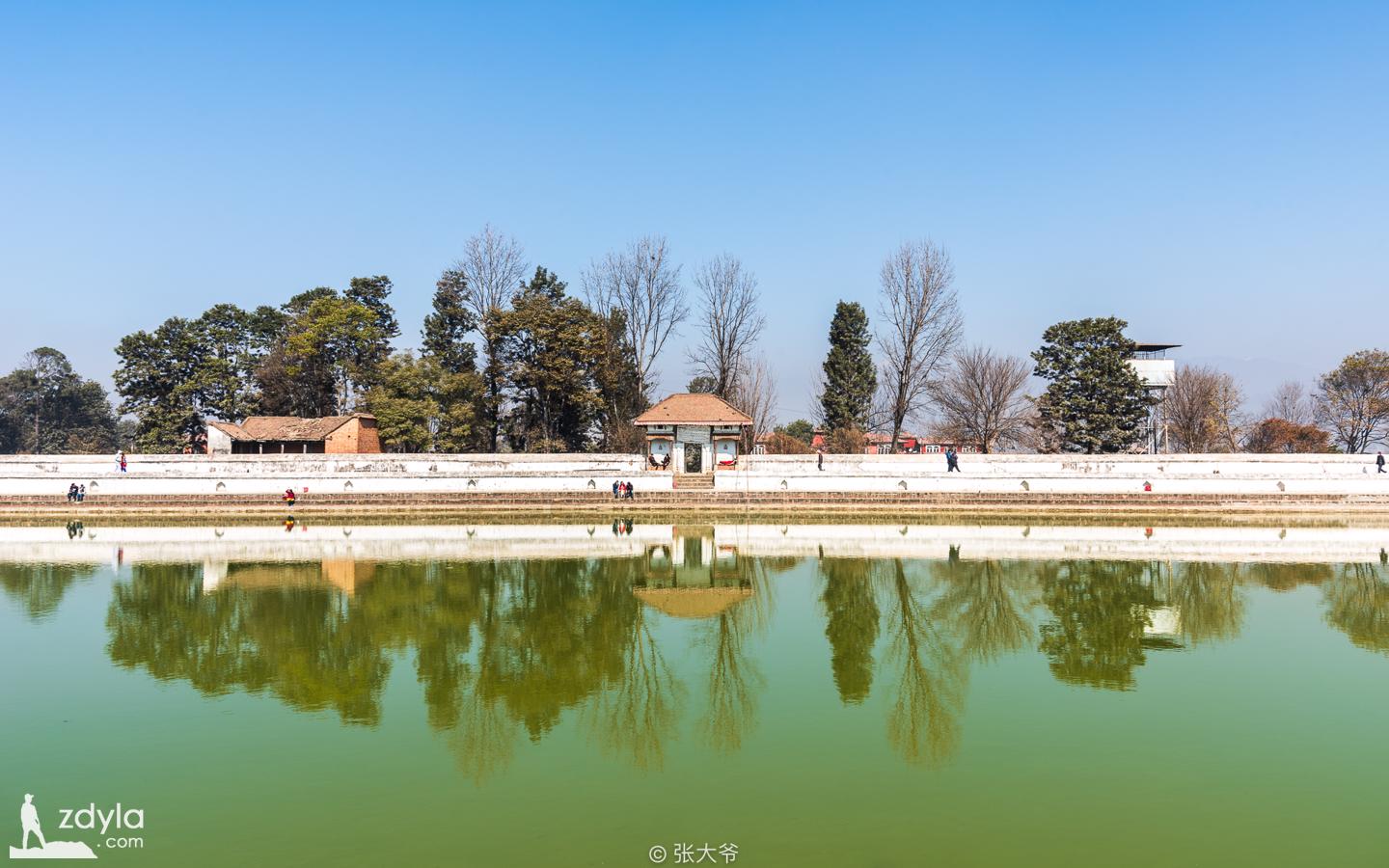 Out of badgang, we're going to take a minibus to nagakut.

We followed Google map for a long time before we found the station. There were several minibuses in the station. There was a Nepalese boy standing at the door of each minibus. They stepped on the steps of getting on and off the bus, holding the door and leaning out half of their body. While waving their arms to the crowd around, they yelled at the destination of the minibus

It is estimated that all minibuses in the world are the same, because it seems that the minibuses in Nepal are no stranger to me. I remember that there are many minibuses in my hometown station. From the type of minibus to the way the conductor solicits passengers, it is the same as the minibus in my memory.

One of the details that surprised me was that their waving arms held a stack of banknotes in the same way. When someone buys a ticket or changes, they choose the change from the stack of notes. The movement and rhythm are almost the same

Kyle and I went to the car, and they didn't know how to talk. I had to wave with the conductor's younger brother first, and then approached the prepared mobile phone screen, pointed to the picture and text displayed on it, and tried to ask, "nagakkut ~"

Little brother is very clever, just a glance to understand, he nodded, and pointed to the back, indicating us to get on the bus. The bus has been full of passengers, we have to find a place to stand, many people cast a curious look at us, perhaps few Chinese people take such a bus! After waiting for a long time, until the carriage was packed like sardine cans, the car started to slowly start up. 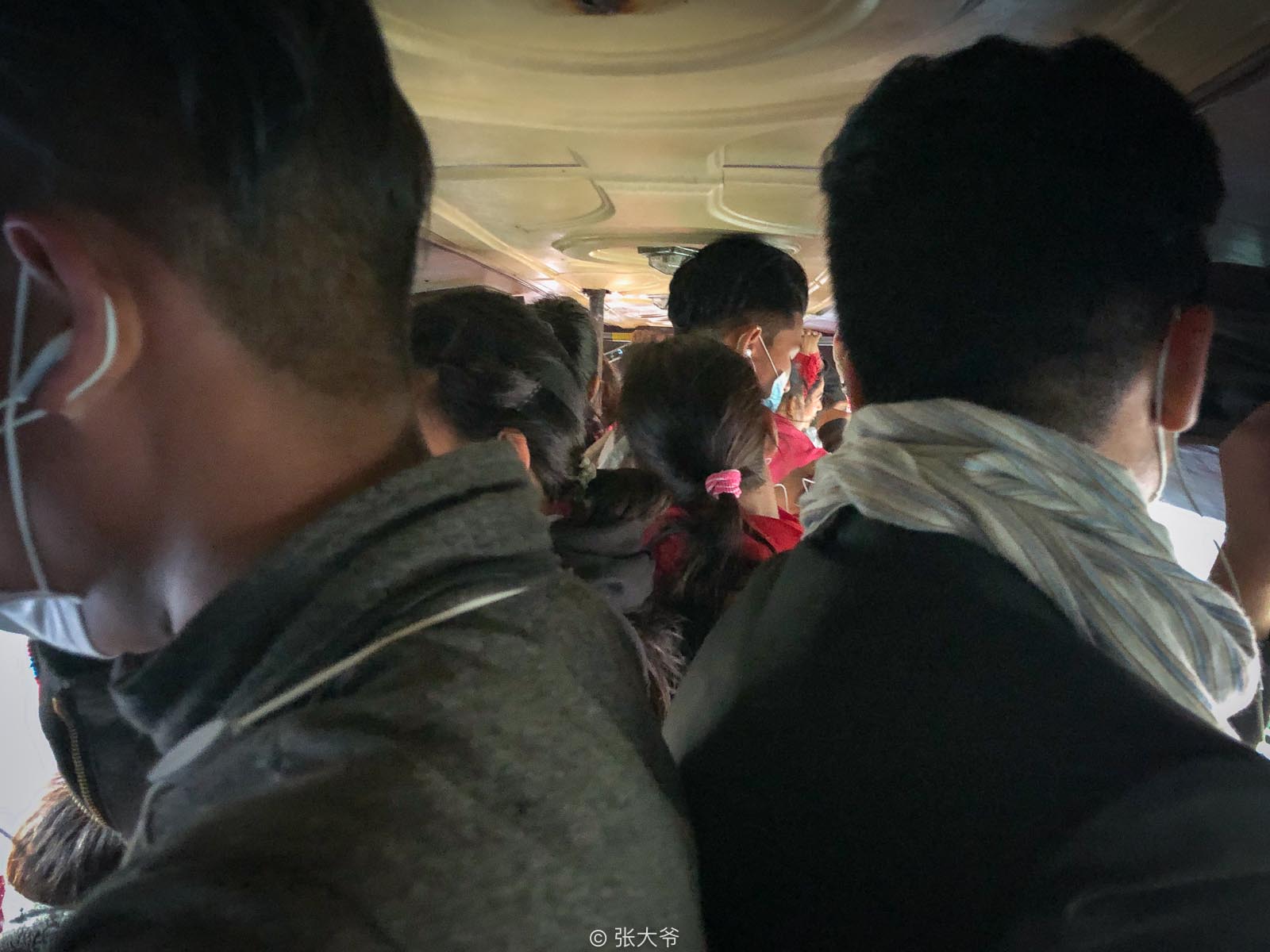 The minibus drove out of Badagong City, and soon went up the winding mountain road. It seemed that the dirt road we had known once again appeared in front of us. The minibus sways left and right on the bumpy road, which is more exciting than the off-road vehicle! Every time the minibus turns, I'm in a cold sweat with the tilting car body. The worst of all, our stomach was stirred up in the process of mountain climbing, and we tried to vomit for several times. We were not sad

Fortunately, we arrived in nagakut before sunset. As soon as the car stopped, Kyle couldn't wait to find the toilet. I stood on the terrace near the station, relieving my discomfort while watching the huge salted egg yolk eaten by the opposite mountain

It was getting dark, and Kyle finally got to the bathroom and ran to me. I was about to discuss with him to find a place to live, but he first said that he met two Chinese people and two girls!

Kyle said: "they come with a group. Why not follow them to see their hotel? It also saves us from looking for it ourselves... " I seriously agreed with him, praised his wit, and trotted off to find the two girls.

We were drilling around the station and finally saw the two girls. After all, they were all Chinese. After meeting, they exchanged greetings and felt very cordial.

The girl is really a good girl, wearing high-heeled shoes and lace skirt, beautiful with Guanyin Bodhisattva! Kyle and I have been walking all the way in the past few days. If we are not dusty, we must be covered with dust and dust. When we walk together with the two Bodhisattvas, we don't have any timid heart

There are many hotels in nagakut, but it's only a dozen minutes walk to the girls' hotel. Kyle didn't waste a second around the two Bodhisattvas. He seemed to be an old friend of the past. Acid in the side of me, in addition to admiration, there is nothing to express!

Finally, when we arrived at the hotel where the girls stayed, we felt very luxurious at a glance. When we step into it, it's better to fall into heaven! Whether it is indoor or outdoor decoration are very delicate, huge crystal chandelier hanging high on the ceiling, the whole hall is illuminated; one side of the white wall, as if delicate make-up suffused with brilliance; the ground is covered with red carpet, clean can not see a trace of dust; a huge open-air balcony from the first floor has been extended to the opposite Himalayas

I do not know why, my mind exudes some trance, such a scene is so familiar, but also feel far away. I almost thought that the red brick house was the normal life in the world, which made me feel deeply. Is the shabby village and this hotel in the same mountain?

The girls successfully completed the check-in procedures and asked for the room price. A standard room only costs US $65! I don't think I heard it wrong. The price is so shocking that my scalp is numb

I turned to look at Kyle, who frowned as if he was struggling.

Time suddenly became so slow that it seemed to congealed all around. Face made me hold the line between embarrassment and not embarrassment. Fortunately, I had learned to be "not surprised" when I was in the river and sea for a long time. With a few leisurely laughter, I opened my mouth and said, "ha ha ha It's too expensive I'd better change my home... "

I told Kyle to run away, but Kyle decided to stay!

I said, "Kyle, you live, it doesn't matter! Don't worry about me. I'll find an inn to solve it for one night. It's no big deal! Remember to get up early to watch the sunrise... "

With that, I turned and walked outside the hotel. Before I went far away, I heard someone calling me behind me. I looked back and Kyle trotted all the way to me. We looked at each other. No one talked nonsense. We picked up the mobile phone and quickly searched for the hotel on the map.

It's getting dark quickly. There is no street lamp in the village. It's dark all around. The wild animals and birds that hibernate in the daytime are active at the moment. The sound of "Whoa" is one after another, which is very frightening.

Fortunately, we finally found a place to live before we could reach out. Although we could not take a bath, it was better than sleeping in the wilderness!

Roosters and dogs are still napping, but we have to work harder than them. To see the sunrise, we got up at five in the morning.

When I left the hotel, it was as dark as when I went in last night. We went to the observation platform in the dark, but after a long time of work, we only found a terrace! Fortunately, the terrace is located in a wide field of vision, so we are waiting here

The sky gradually from dark gradually bright, the sky's black gradually turned into a clear light blue. Behind the mountains in the distance, there is gradually a yellow light, more and more, also more and more bright, but everything in the field of vision is in the morning fog, gray, can not see clearly

Until the sun has jumped out of the mountains, the scene in front of me remains the same. The more I look at it, the more I feel something wrong. Where is the Himalayas that we are longing for?

Kyle and I were both confused. When we were at a loss, we heard a lot of people gathered on the roof of the hotel not far away. Their chattering and exclamation attracted my attention. I'm running towards the hotel while the sun is rising

I broke into the hotel and met a Nepalese Security Guard. Before he could speak, I gasped and asked, "can I go to the platform?"

The lovely security guard understood what I meant, pointed to the stairs and said, "this way! quick！”

I frantically rushed to the roof platform, through a large group of people, the Himalayas in the distance suddenly jumped into view. The continuous snow mountain looks like a white hada hanging in the air. Maybe because the distance is too far away, I can't feel the shock of several snow mountains at an altitude of 8000 meters 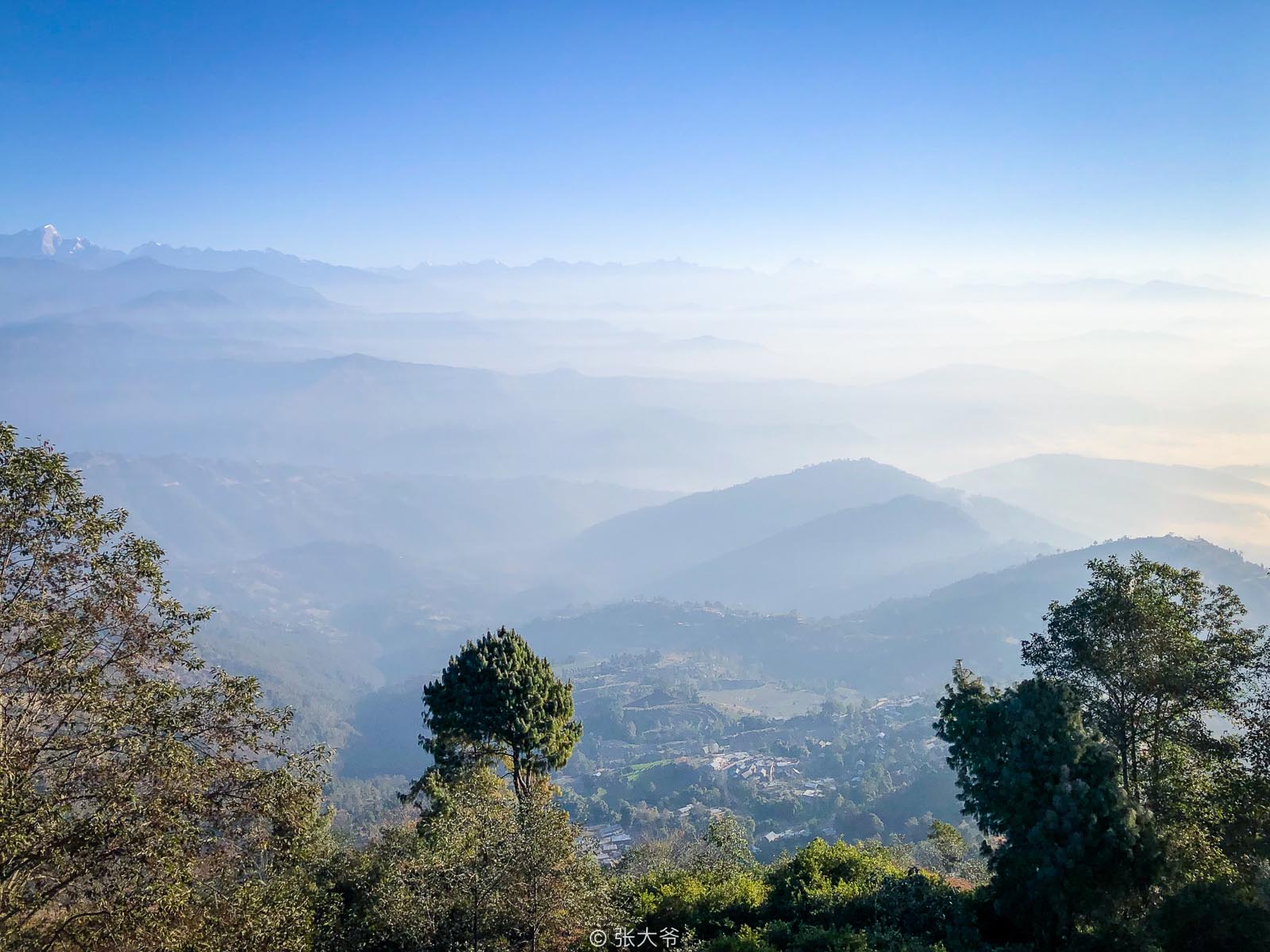 The sun has hung high in the sky, but the morning fog in the valley has not dissipated. The world is always like chaos. I have to accept the failure of sunrise!

Turning to leave, Kyle suddenly called. I don't know where he got the news that he could go to the hotel where the two girls stayed yesterday for breakfast, only 500 rupees per person!

After listening to him, I admired him. I knew it would be better to have breakfast and watch the sunrise in the hotel where the girls stayed

The breakfast in the hotel was surprisingly good. Kyle and I had a good time. Kyle was as happy as ever to chat with the two girls, but when he tried to rub the girls' car back to Kathmandu, he was refused

We are not depressed, which may have been predestined. We are destined to take the minibus. There is no doubt about this!

Kyle left and drove the plane back to Kathmandu in the afternoon. There was only one idle man left. I visited the ancient city of Badagong again. When I was going back to Kathmandu by car, I found the West German pond which I had not been to yesterday. It turned out that it was near the bus stop!

The calm water reflects the white walls around. Many local people sit on the steps beside the pool to rest, play and laugh. I approached the pond, sat down like a local, enjoyed a little leisure time before I left, but another world unfolded before my eyes 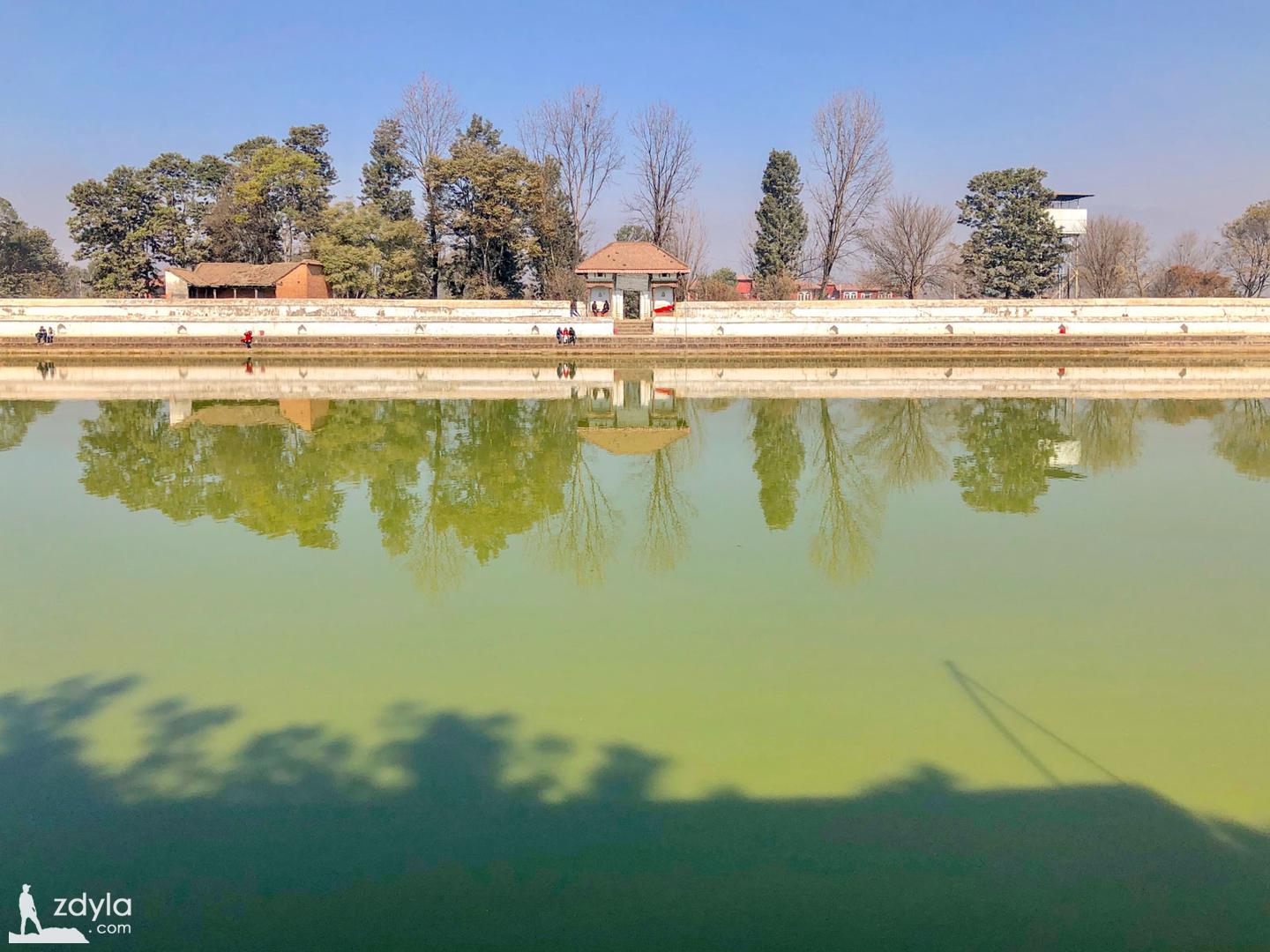 Reflecting the white wall of the pool water has been clear or dirty, a piece of "green scum" covered in the water, algae eutrophication took away the oxygen in the water, the remaining fish can only struggle to break these "green scum", as far as possible to expose their heads to swallow the air

Looking at the surface of the water in frustration, I can see that the fish are a little sad. Maybe this is their fate. They must have done something bad in their last life to be arranged in such a world by the god Buddha。

Like The Article To View All
Prev: Travel to Nepal (9) : Another routine
Next: Understanding of Html.Partial and Html.Renderpartial usage