Wander outside reality door ZDY ' LOVE
now you really got Faith?
Use love to fantasize... 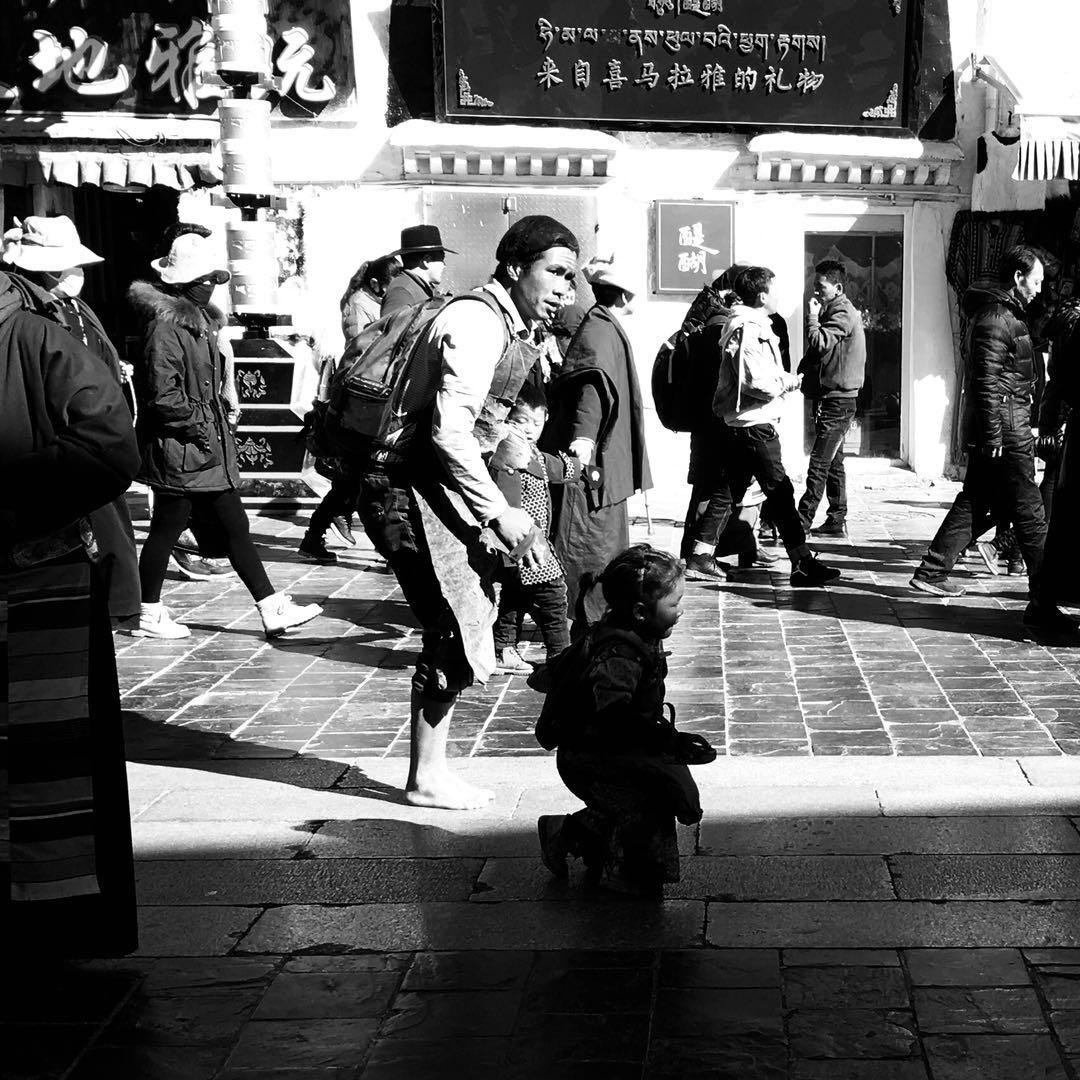 When I first arrived in Lhasa, I found that this is a very common city. Just like any city that has just stepped into the mainland, once out of the railway station, the taxi driver will take the initiative to ask you if you want to carpool. The Tibetan drivers will not make a watch. They will not leave until they have reached four people.

Outside the window, the building is Lin Li, Tibetan style, I feel both new and familiar The more you go to the center of the city, the more Tibetans you will see. From time to time on the street, you will see someone holding a prayer tube, walking and shaking. I think this should be a part of their daily life!

The next day, I broke into the Potala Palace like a tourist attraction. I was interspersed among a large group of Tibetans. As the team moved slowly, they sometimes knelt down or donated money to the Buddha. However, I passed by one Buddha after another in confusion. I was not only amazed at the tons of gold pagodas where the Dalai Lama was buried, but also felt nothing else

At about 10 p.m., I strolled into the vicinity of Jokhang Temple. Although it was late at night, I found that there were more and more people around me. There were creeping people in the crowd. I guess they were the believers who kowtowed their heads around the Jokhang Temple. Put your hands together, bow down and salute, then crawl down. The whole body is spread on the ground. When you get up, your feet step on the position where you just have your hands. You move forward one height at a time, and repeat the boring action again and again.

I remember the last time I saw this feeling was in the stone chamber of Sacred Heart Cathedral in Guangzhou. At that time, I stood in the church ignorant, looking at each kneeling in front of the statue of the congregation, ears suddenly thought of singing poetry. I don't know why, the song is like a soul, producing the reverberation like a fire, it instantly touched the bomb in the bottom of my heart. When the bomb exploded, the gorgeous feeling spread through the whole body from the heart. At that moment, I felt that the statue in front of me seemed to glow

In the following days, I went to Shannan, Linzhi and Ali in Tibet. I often saw Tibetans on the side of the road. Some of them kowtowed around Shenshan mountain, others kowtowed towards Lhasa. The winter in Tibet is really cold, especially on the back of the mountain. The wind is strong and the temperature is very low, but the people who kowtow their heads are not afraid From the fresh curiosity at the beginning to the habitual and kowtow headed Tibetans, their piety made me point! I thought, is this the power of faith?

But in the temple, in front of the Buddha statue, the pagoda, and the picture, in order to signal the tourists to donate money, various paper money such as RMB, US dollar, euro, etc. were inserted Lamas are counting the alms in their hands and reading sutras As soon as the style of painting changes, it's like entering a disgusting temple in the mainland. There are all kinds of reasons for you to pay I can't help being amorous for these Tibetans. What is their faith in the hearts of others?

I think the lamas must have understood that there is no heaven or hell, no reincarnation

Suddenly, I realized that any religion in the world is just a set of rules in form, and what does not mix with form is just a philosophy. The practice of any religion is to cultivate itself, and the words "universal living beings" are just words. Otherwise, as a Lama, he should not sit in the temple all day to make his body puffy, but walk in the world

Jesus, Sakyamuni and Mohammed are all ordinary people. How do they practice and become gods? Or there is no God in the world. The reason why it is called God is just that people deliberately portray it to show respect. They should all be knowledgeable people, and use their knowledge and wisdom to help other people in the world. People rely on them and trust them. They have become the spiritual pillar in people's hearts. They have designed rules to regulate people's behavior, so that they can be good to others and do less evil!

When the world is ruled by a real God, there will be a heaven, and the rules will be the home in people's hearts. When the world becomes purgatory, it means that the ruler is Satan and devil! The rules became puppet's thread and the tool of making money, just like the notorious Christian "atonement voucher"

It is said that Tibet is a paradise with picturesque scenery. But when you are really in it, you will feel the hardship of people living in Tibet. In plateau areas, the oxygen is thin, some areas can't grow vegetables, some areas can't grow trees, some areas are covered with snow all the year round, and some areas are seriously Sandy. It has produced amazing pictures of snow mountains, lakes, deserts and forests in the same frame, as well as a variety of bad climates. I think that Tibetans bow their heads and turn mountains and lakes in awe of nature. In the natural and man-made disasters, the leader of Buddha helped Tibetans get through the difficulties, and was knelt down by Tibetans to express their deep respect for them.

Perhaps, here, they believe in mountains, rivers and lakes, Buddha and the world. When they trust to the extreme, that is faith.

Like The Article To View All
Prev: Windows批处理(cmd/bat)常用命令小结
Next: Deploy MySQL 5.7.21 compressed package in Windows Environment