Wander outside reality door ZDY ' LOVE
now you really got Night of chasing tears
Use love to fantasize... 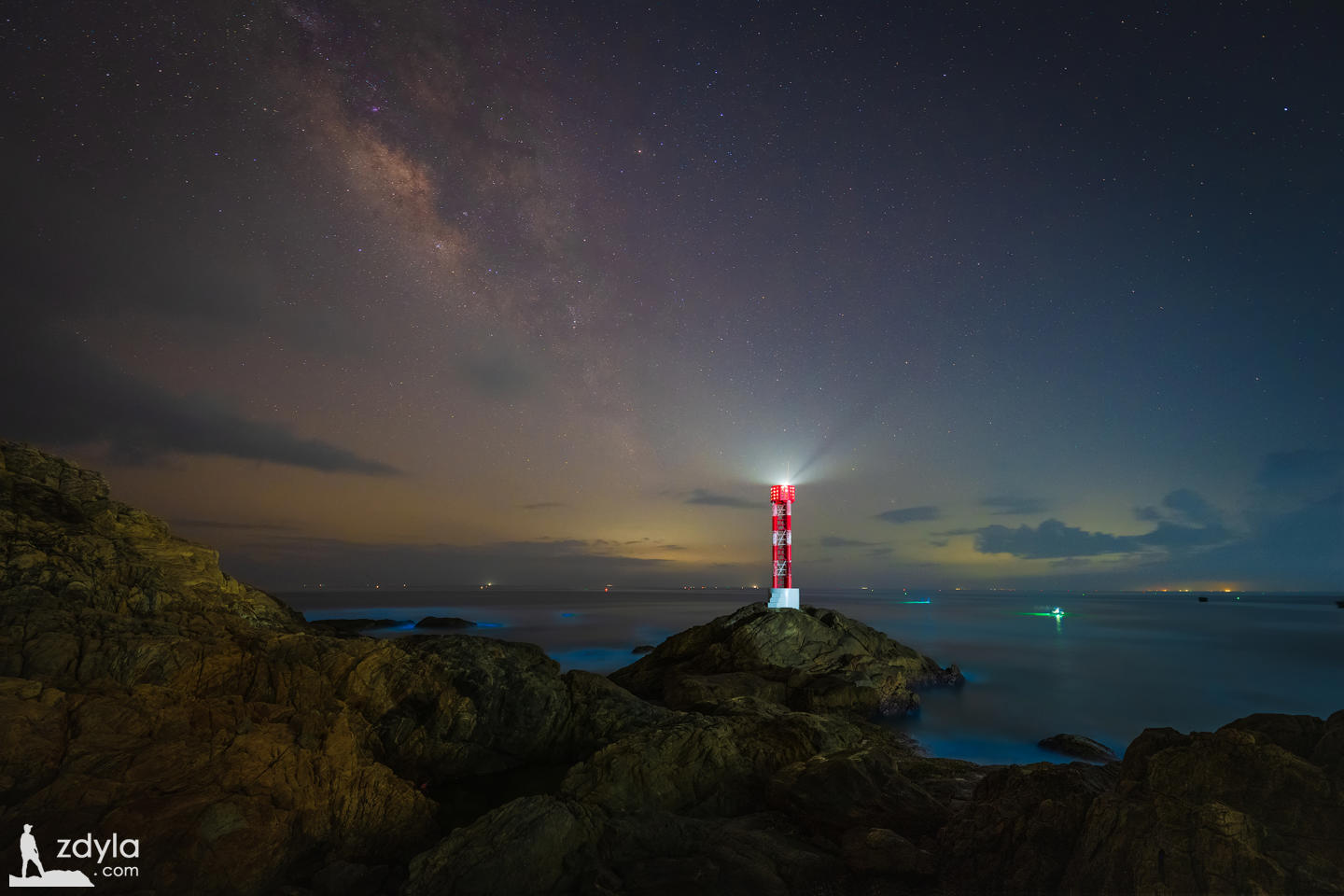 It was the season of "blue tears" again, so I drove to Hailing Island

I'm not ready to go, but

Two and a half hours' drive, I drove into nadihai, Hailing Island. Dinahai is located in the east of the central part of Hailing Island, between agile and Dongdao beach. The left is connected to changbiaozui of Dongdao, and the right is close to agile beach. Surrounded by mountains and reefs on both sides, there is a small sand Bay in the middle. At one end of the Sand Bay is a small wharf, which is my final destination.

To reach nadihai small wharf, I need to pass through a village first. The road in the village is narrow and there are many detours. Although I can navigate, I still accidentally entered the wrong intersection If you encounter a passing car, it will really test your driving skills!

Nadihai can be said to be the best place to shoot blue tears in Hailing Island, although I'm also the first time to come, because most of the Internet say so! After taking photos and living for a few days, I really think nadihai is the best fluorescent sea plane

Standing on the long jetty of the wharf, you can see the endless sea. The waves blown by the northeast wind roll and roar, constantly beating the bank and reef. On the reef not far away, there stands a small lighthouse painted with red and white zebra patterns. This landscape makes you feel like shooting a large film at once! Then use star walk to find the location of the Milky way. Coincidentally, it happened to sweep over the top of the lighthouse. This joy is beyond words

I climbed over the cliff, found a large reef, sat down and looked at the West with the sea breeze. At this time, the sun was slowly setting and turned into a salted egg yolk. The sun shines on me, warm and cool. I lie down and look at the clear sky above me. I feel comfortable and really want to sleep 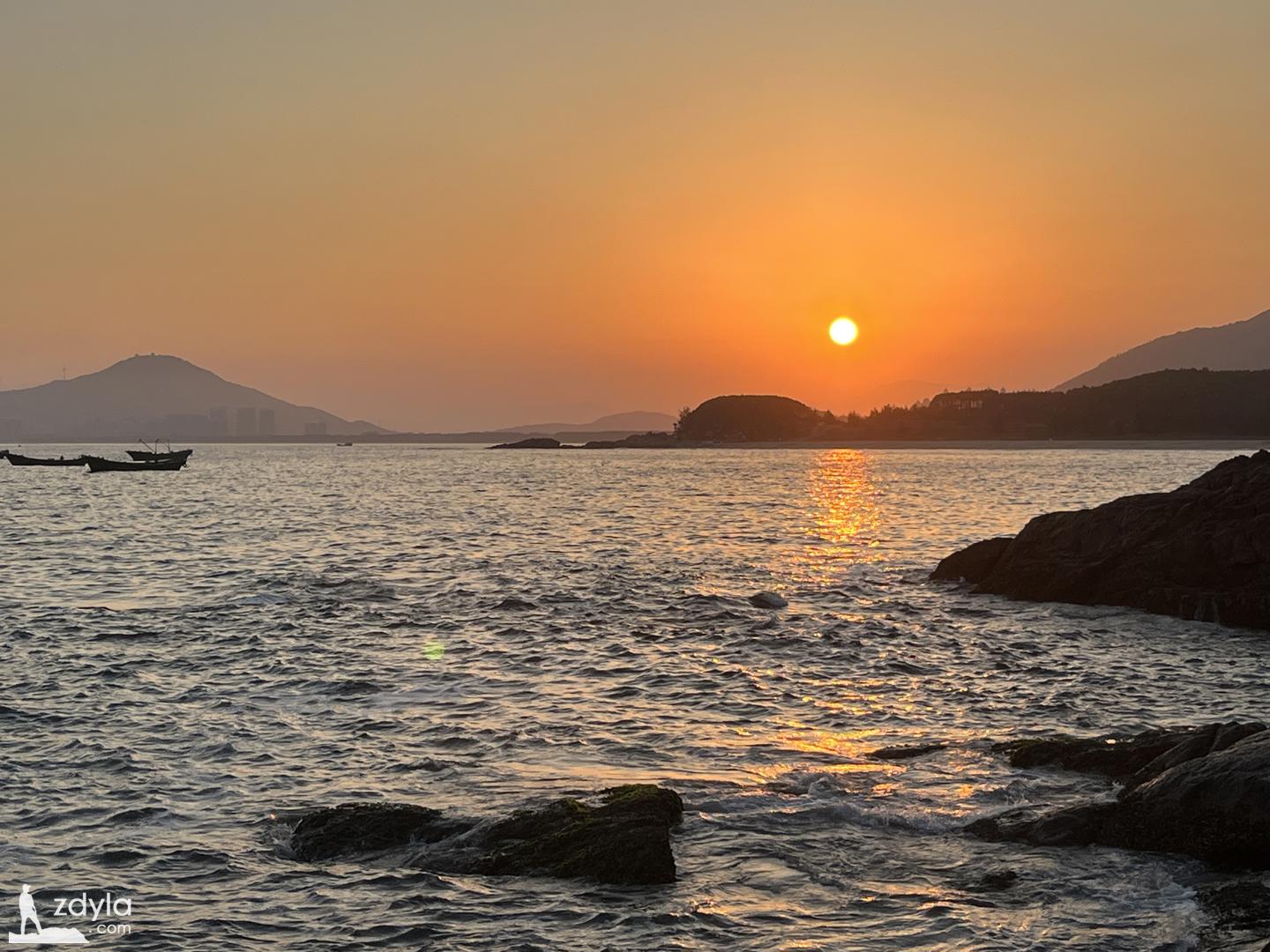 Soon it was dark, so dark that I couldn't see my fingers, but the fluorescence on the beach was dimmer than nothing. I was a little disappointed!

The big moon hung on the top of my head early, which can't fall completely until 2:30 in the morning. As the saying goes, the moon is bright and the stars are rare. When I can't see the Milky way, I have to try to take a few photos on the reef to see if I can get out of the "fluorescent sea" at the whole point

But the weather changed!

The deeper the night, the lower the surrounding temperature; The lower the temperature, the more and more water mist around me. I don't know why, so that I can't see the stars in the sky

The more I shoot, the colder my heart gets. Until I have no patience to take a selfie of myself, the sky has been completely covered by dark clouds

I had to pack up my equipment and go back to the car. Reluctantly, I turned over the mobile app, looked at the star map, the cloud map and the weather forecast. Fortunately, I hope God can give me a chance to blow the clouds away

It's already two or three o'clock in the morning. I can't sleep and don't want to sleep! When taking photos, I didn't pay attention. When I was free, I found that my arms and ankles had already been bitten by mosquitoes

Itching makes me angry, but I have no choice. Unwilling and angry, I spread my anger in the game for more than an hour!

At more than four o'clock in the morning, the sky is still dark, and there are no five fingers. Someone has begun to go fishing on the dock

When I saw a fisherman who couldn't pick up a basket full of fish from the dock by riding a motorcycle, I didn't expect him to catch more than one basket of fish on the dock! How heavy!

I feel like I've really experienced a colorful night

After a short time, the clear sky opened at this time! Ignoring more, I quickly got back into the car, picked up my equipment and ran to the wharf. Set up the tripod, adjust the camera parameters, and start shooting at intervals

Finally, I took a group photo of reef, lighthouse, Galaxy and fluorescent sea! But what's not beautiful about the sky is that the clear sky didn't last long, and the dark clouds continued to gather, so that the position of the Milky way I photographed was not perfect

Although, I still succeeded in chasing tears!

Like The Article To View All
Prev: Fluorescent night
Next: Sunset in Niutang mountain