Wander outside reality door ZDY ' LOVE
now you really got Diary of self driving around Hainan Island : Day 8 - Injury Of Hainan Island
Use love to fantasize...

Finally, I went back to Haikou.

It seems that back to the familiar place, everything around has become so precious. It took only five minutes to complete the return formalities. Everything went well.

On my last night in Haikou, I went to the old arcade street again. There was a fried spareribs and a refreshing and refreshing place that I had been thinking about for a long time.

It's not very good for me to look back on what I've seen and heard during my seven day trip. Maybe it's because of self driving that people and things are very few, not to mention friends.

A lot of people come to Hainan for a group holiday. The cities of Sanya and the east coast have become the only choice for tourists. The original ecological West and the middle, which are ignored by them, are more interesting to me. The expensive tropical rainforest parks opened in Sanya are just the landscape everywhere in the mountains. People would rather eat expensive seafood in crowded Sanya and be used as dumplings on the beach, rather than walk into the mountains and experience peace.

Perhaps, this is the embodiment of the social values. The government departments have concentrated a lot of resources to create some non nutritious scenic spots, not to encourage businessmen to create a better service environment, but have succeeded in making these wooden heads satisfied with the group photo with stones, flowers, and Buddhas. People don't have to go too far to spend all their money, and everyone is maintaining it tacitly Efficient sightseeing speed, accustomed to a variety of outrageous scenic area operators

Not only that, it's a real estate kidnapping area. Before the development of real estate, local governments were almost destitute of finance. Until the real estate gradually recovered in Hainan, the cash flow in the hands of the government was gradually abundant. Due to the weakness of other industries, the government thinks of selling land when it has no money in the development process, and the less money it has, the more it wants to sell land. In the long run, after the land resources are exhausted, it still chooses to make artificial island, which causes great damage to the natural environment in the process of project construction.

Large area of coral reefs and white butterfly shells were damaged due to the construction of Danzhou project. The construction of Sanya project resulted in large area of coral reef and white butterfly shell damage. Wenchang Kirin vegetable Provincial Nature Reserve has been blindly developed as a seaweed field, and the original Kirin vegetable is on the verge of extinction.

Fortunately, there is no industrial pollution here. The mountains are green and the water is beautiful. Therefore, hundreds of centenarians have been born. When mainland people think of providing for the aged and vacationing, they will definitely mention Hainan. At this time, Hainan's advantages are also the embarrassment of Hainan. People from other places in Hainan are old and weak people who can not bring effective development to Hainan.

In this context, the short-sighted people are infatuated with making fast money. In order to make money, they use up all expendable resources by any means. Only we can achieve this kind of development. 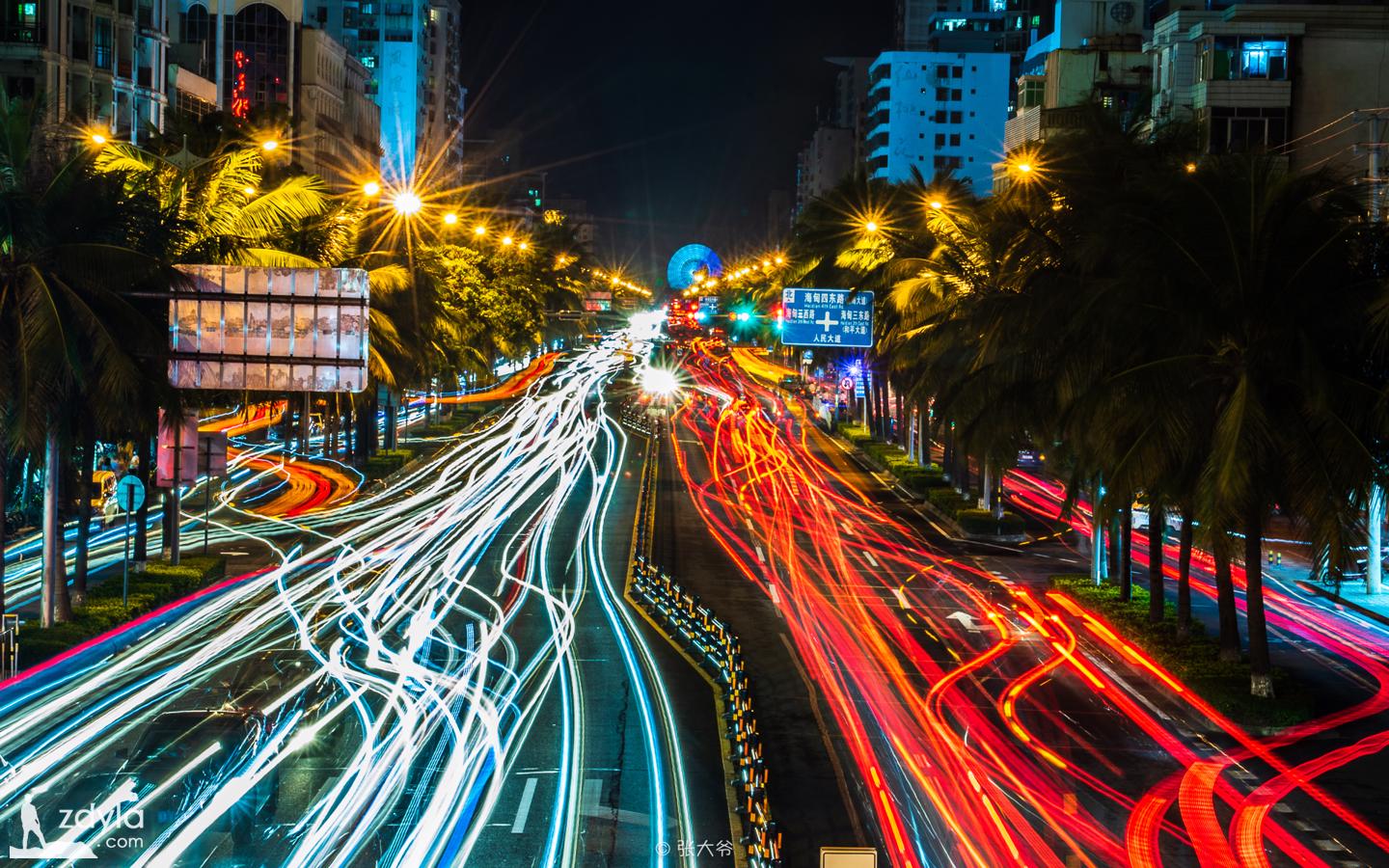 At last, I photographed the night scene of Haikou on the overpass of Renmin Street, and the trip was over.

Like The Article To View All
Prev: Diary of self driving around Hainan Island : Day 7 - The Best View Point In Hainan
Next: My drug loving mom