Wander outside reality door ZDY ' LOVE
now you really got Memories of Tibet (2) : Partners On Yaowang Mountain
Use love to fantasize... 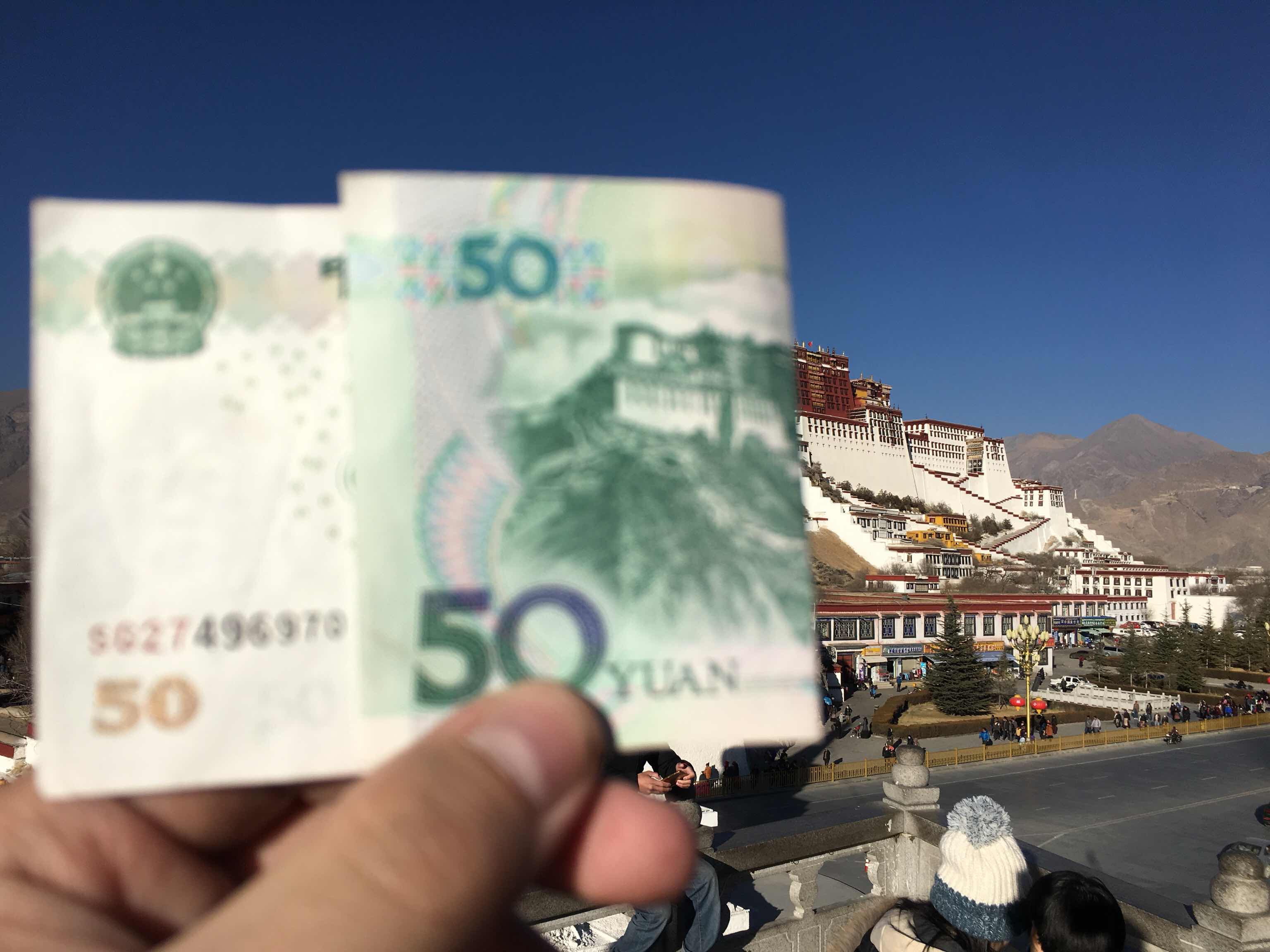 Out of Lhasa station, there is no difference between the things in front of us and the mainland. Some people will be afraid of the same buildings and the same road when they arrive at a strange place, which is as familiar as before.

Get on the bus at a good price, drive when the bus is full, and get off the bus to pay when you arrive at the destination. This kind of trading method has been introduced to Tibet.

I'm going to Beijing West Road. The driver told me on the 30th, I immediately cut the price by 15, and he felt a little helpless. He advised me that this was the positive price With my taxi experience in the mainland, especially at the gate of the railway station, it's a great place to kill passengers. I waved and said, forget it, I'll find someone else!

The driver saw that my attitude was cold, so he didn't go back to pull other guests. I think, this is not scientific! With my taxi experience in the mainland, he should continue to pester me to negotiate the price, but this master's reaction made me a little frustrated

I asked all the way, and the answers were all thirty. This time I took it, got into a car and sat in it waiting obediently.

Waiting for a long time, and began to be a little reluctant, I took out my mobile phone to open the taxi software, and saw it showed that it took more than 60 yuan to get to Beijing West Road I was scared and numb. I couldn't believe my eyes. I didn't fully understand, be honest and obedient until I repeatedly inquired.

Later, I learned that first, the requirements of the security environment and tourism supervision system in Tibet are very strict, and second, most Tibetans are still more simple and lovely than Han people.

Sitting in the taxi, looking at the buildings outside the window, some of the windows and roofs of the houses have some Tibetan style, and slowly found a little Tibetan flavor.

I got out of the car at the gate of bakuo mall, opposite to the inn I booked.

The room is on the fourth floor. I lie on the windowsill of the room and look out. The bazuo shopping mall opposite is bustling. The people flowing in the river are the same as usual, but from time to time, there will be some old people shaking their prayer tubes. It's the rush hour at noon. The two-way four Lane West Beijing road is not only full of cars, but also full of tricycles and pedestrians. The traffic is slow and heavy.

After a long time, I found it colder inside than outside. Tibet has no central heating like the north. The heating mode is mainly air conditioning and electric heating. Most inns have no heating or air conditioning. The only way to warm is electric mattress

The cold inside made me fidgety, so I took my camera and ran away. To the west of Beijing West Road is Potala Palace. I plan to visit again the next day. It's better to climb the Yaowang mountain opposite the cloth palace. Besides taking photos with Potala Palace, you can also take pictures of the scenery on the back of the fifty yuan human name coin.

On Yaowang mountain, I found a partner, a college student who has not graduated yet. When he saw him, he was taking a picture of Potala Palace with a 50 yuan personal name coin.

"Hey, man, can you take a picture for me?" I took the initiative to talk to you. He took my cell phone and took a picture with Potala Palace. He handed back my cell phone. I asked him, do you want it? He said, no!

I don't have a place to go after taking photos. It's also a good choice to bask in the sun on Yaowang mountain. Until the sun was about to set, I remember seeing a Tibetan noodle restaurant when I came here. In order to taste it, I proposed to eat Tibetan noodles together. Then, I took this partner to the alley beside Beijing Road for more than an hour. I was so hungry that I felt weak. When I found the noodle shop, I found that it was closed

I don't know where I came from. Since I said today that I want to experience Tibetan noodles, I must eat them. We starved to find other noodle shops and finally got a bowl of Tibetan fried noodles on the side of a road we didn't know.

On the way back to the inn, I don't know how to get to the Jokhang Temple. It's more than nine o'clock in the evening. Most of the shops have been closed, but the temple is still surrounded by bright lights and the road is still full of people. In addition to individual tourists, most of them are Tibetans who turn to the Jokhang Temple. They crawl step by step, leaving an equal length of head on the bluestone board. I don't know how many circles they need to turn.

The gate of Jokhang Temple is full of kowtow believers. They keep repeating the same kowtow in situ, which is extremely devout. Seeing so many Tibetans express their faith in this way, the invisible pressure makes me both awe and fear. It touches my heart and makes my scalp numb

After a day's stroll, I feel really tired. When I return to the inn, I really want to go to bed quickly. Can lie on the bed, how all cannot sleep, the head more and more dizzy. I know that it's a high reaction. Fortunately, it's not so serious. At the most intense time, I want to go to the bathroom to retch. I burned a pot of hot water, drank half pot, full of feeling better, tossed for half a night, finally fell asleep.