Wander outside reality door ZDY ' LOVE
now you really got Travel to Nepal (24) : Farewell
Use love to fantasize... 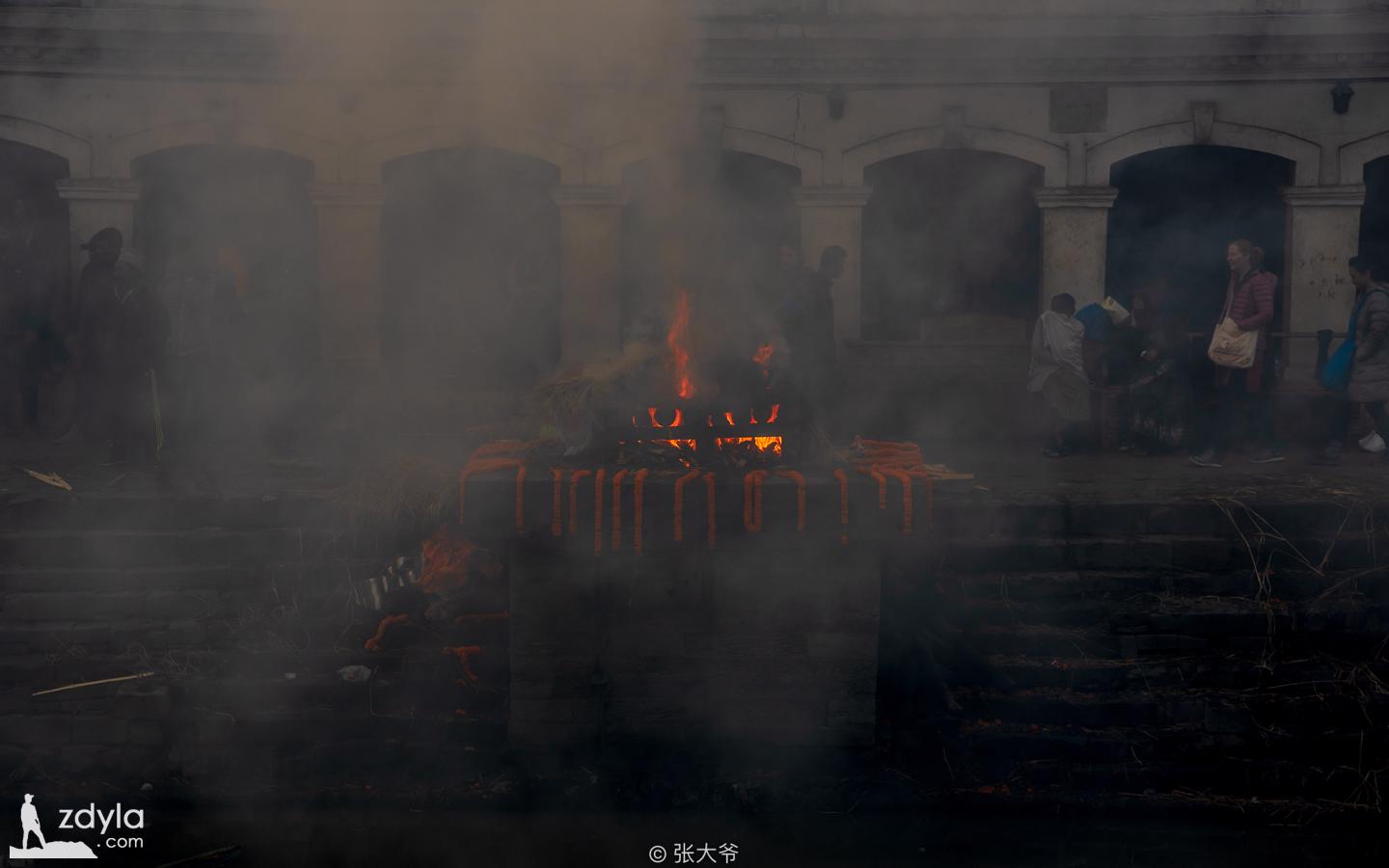 I have already bought the ticket to return home, but before I leave, I still have another place I want to visit, which is the burning corpse Temple by the holy river of bagmati.

The burning corpse temple is a temple built in the fifth century AD, whose original name is paspatina temple. The temple is dedicated to Shiva, one of the three great Hindu gods. For more than 1600 years, an endless stream of Hindus came here to worship Shiva. At the same time, generations of Nepalese also held a farewell to the dead in the crematorium in front of the temple.

When you come to the burning corpse temple, the most striking one is a Nepalese style Pagoda Temple with symmetrical sides and double eaves, surrounded by many small temples. Through the temple, you will soon be able to see the bagmati River and six stone crematoria along the river bank. It is said that the two crematoria on the upper reaches are for royal families or nobles, while the four crematoria at the lower reaches are the crematoria for common people. It can be seen that the closer the temple is, the more noble the status will be. 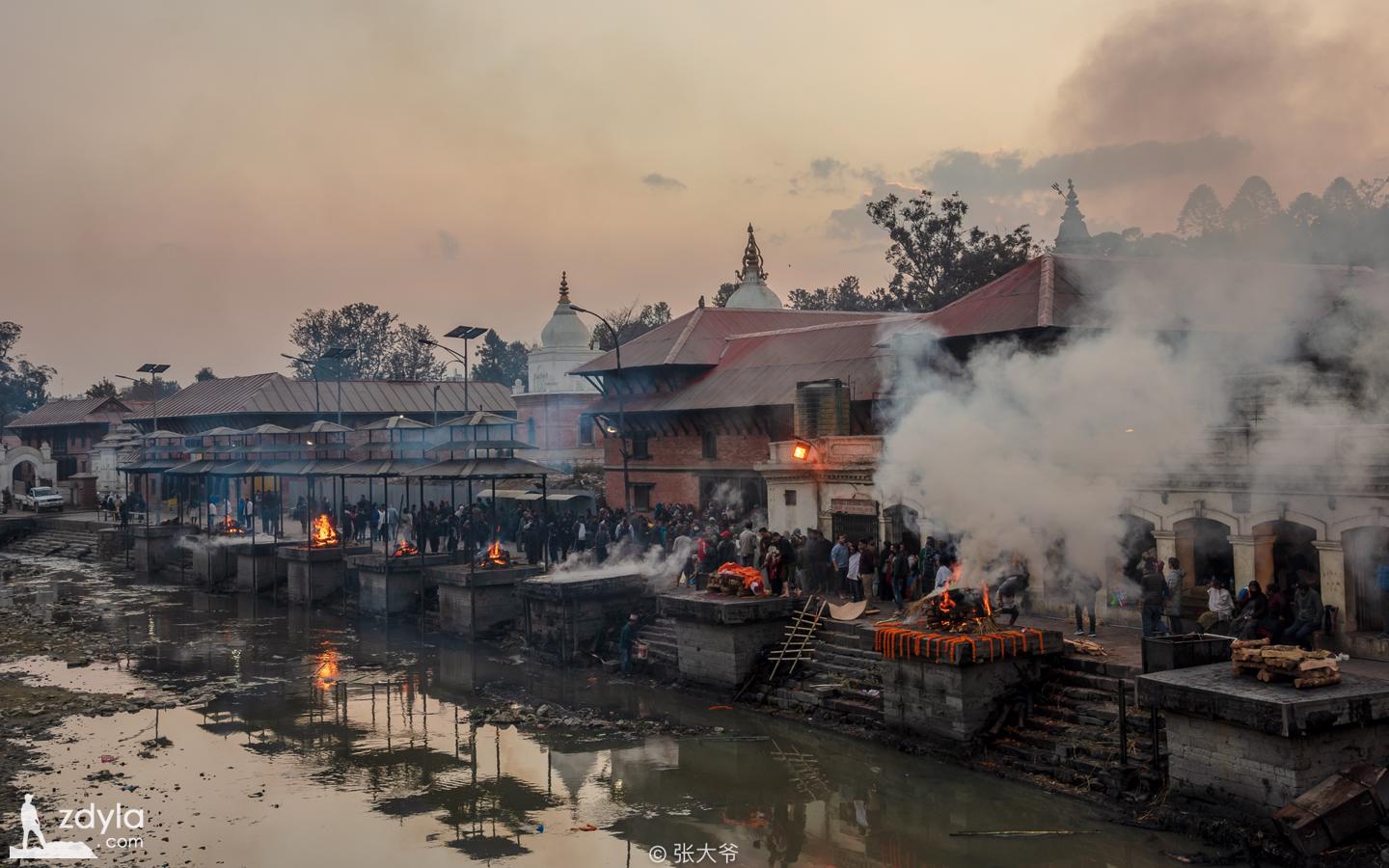 Looking across the bagmati River, more than a dozen white stone towers are high and low on the hillside. It is said that there is a Linga (the genitalia of Shiva) in each stone tower. This may be because Nepalese believe in Shiva to express that "death is rebirth"

The Bagmati river bank is crowded with people, including funeral service, pilgrimage, and visitors. Some people sit on the ground in groups, quietly watching what happens. There was no mourning cry or deafening funeral music beside the crematorium, only the white smoke curling from the bear. Three or two ascetic monks sit quietly on the stone steps by the river. They face the burning fire every day, with the rising smoke 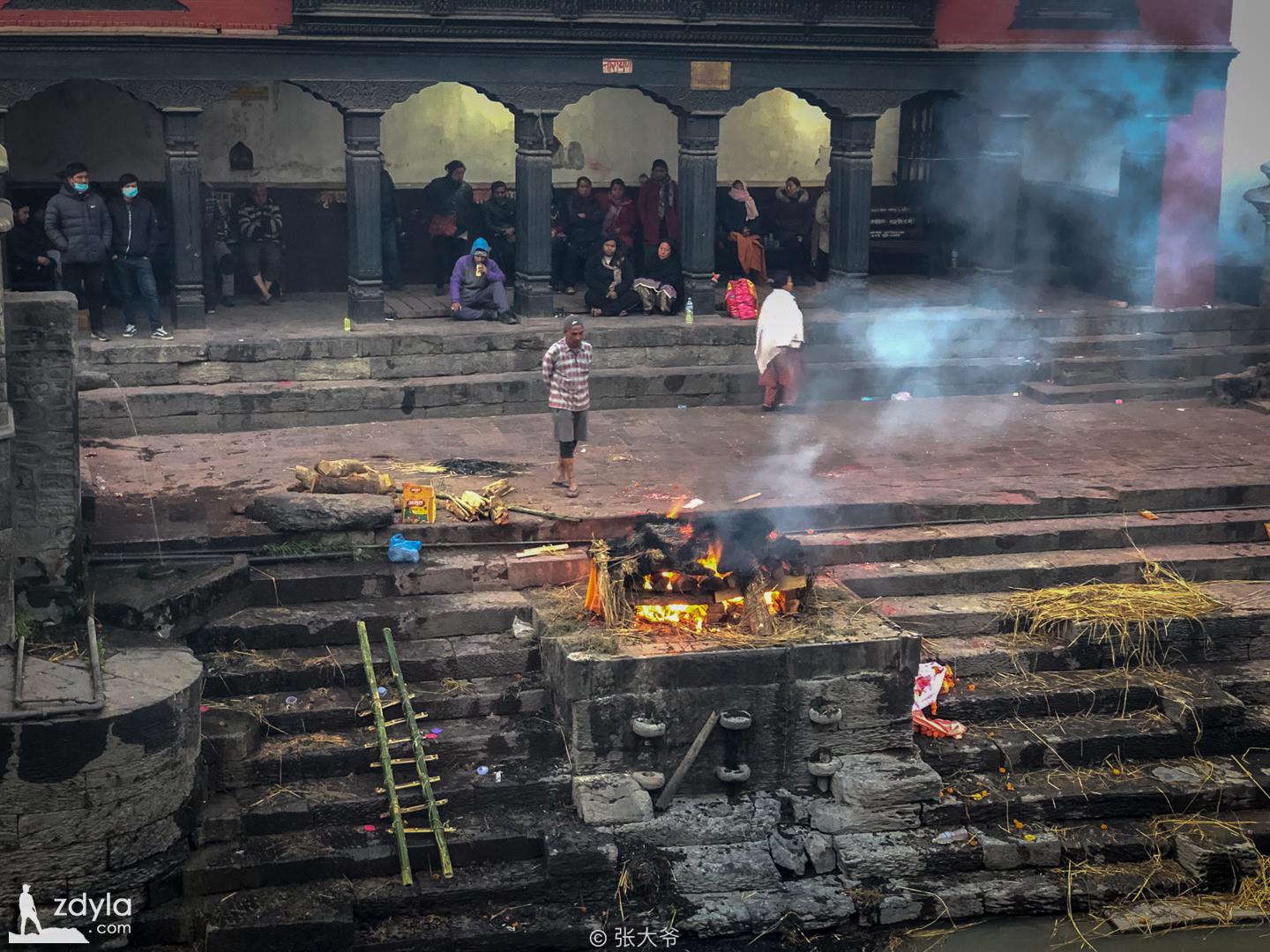 I went to the White Pagoda where Linga was worshipped. I looked for the steps like the local people and sat on the ground. At this time, on the opposite crematorium there is a body will be buried! Relatives wrapped up the body in white cloth, covered with golden silk, then sprinkled with flowers and various colors of Tika powder, and finally placed on the crematorium next to the river on a shelf made up of several pine trees

I couldn't wait for the end of the incineration process. I heard that it would take about three or four hours. I saw cremators on other crematoria shoved the burned ashes into the river. In this way, after the fiery Nirvana and the purification of the holy river, the soul of the dead will eventually flow into the Ganges River in India, and the soul can be freed from the body 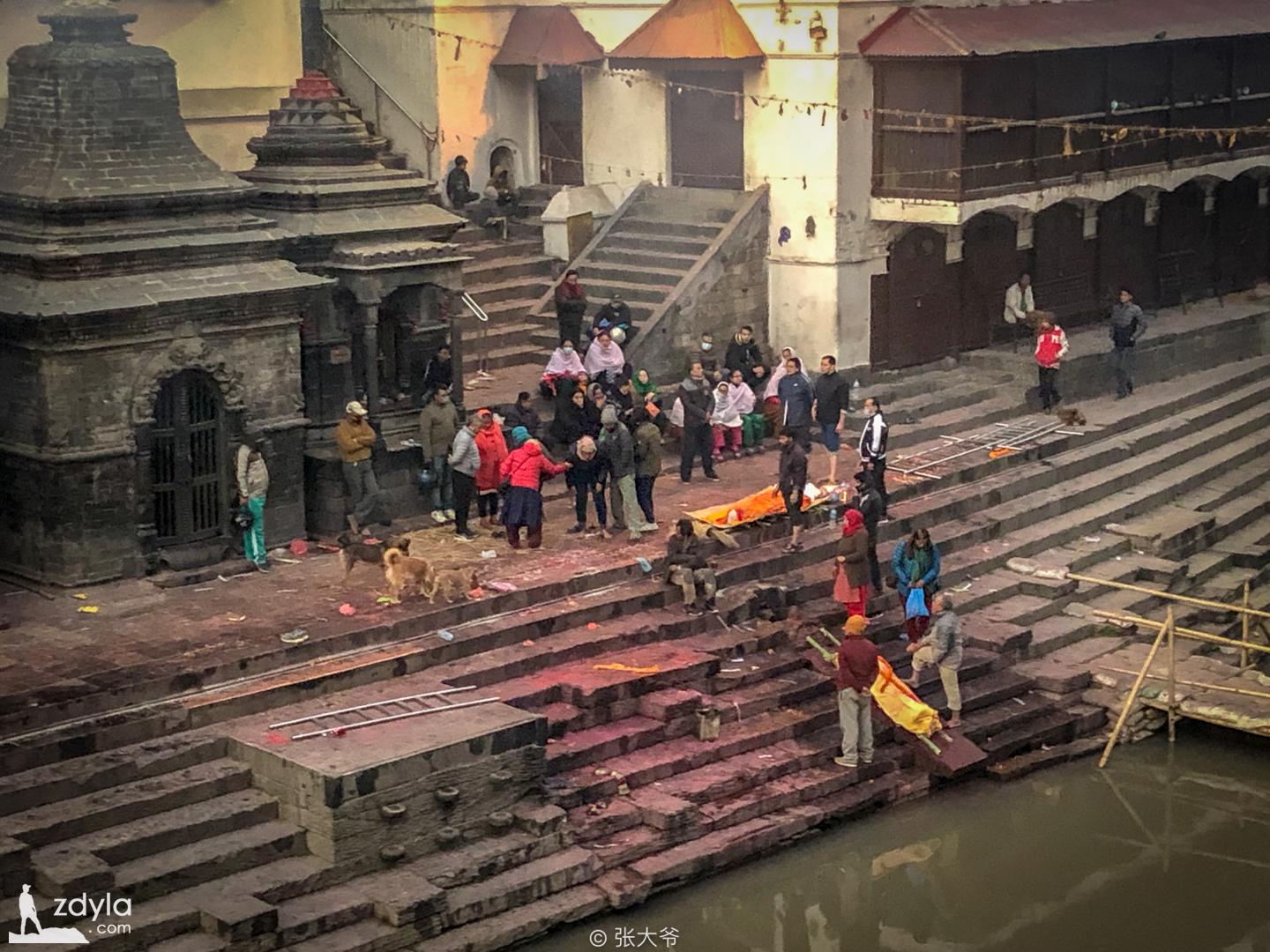 Nepalese's indifference to death is awe inspiring. They believe that a soul has 84 million lives, and each reincarnation will raise a level. Therefore, a death is not a sad thing. The burning of corpses is just the most solemn and sacred ceremony for death. For death, no one cries, no one laughs. They have no sorrow, no joy. Perhaps, some are just relaxed.

Leaving the temple, I thought I would be unable to sleep because I had witnessed too many charred bones in the river, but I didn't expect that I would sleep until dawn when I was heartless! Maybe it's because someone is calling in the distance, the blood boiling in the chest has already washed away the smoke.

At the moment when I set foot on the return flight, I remember that there are still some things I will miss in this lovely country, so I have to leave it for the next time... 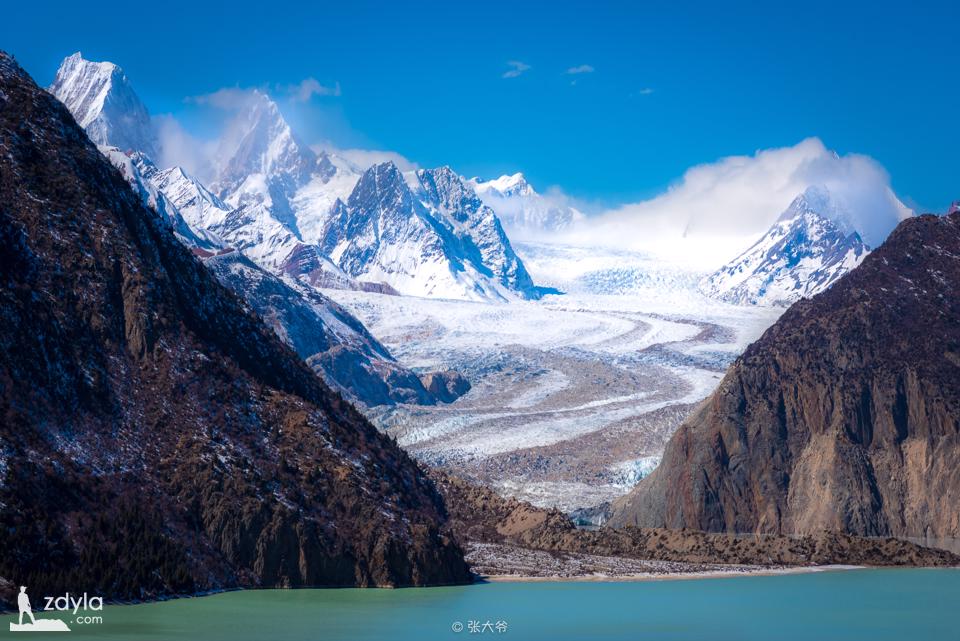 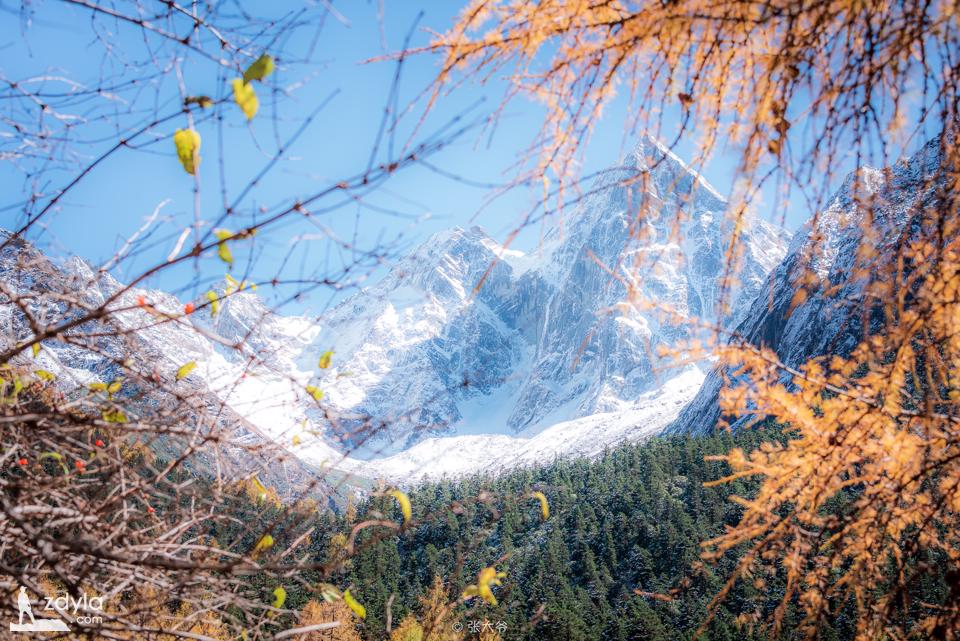 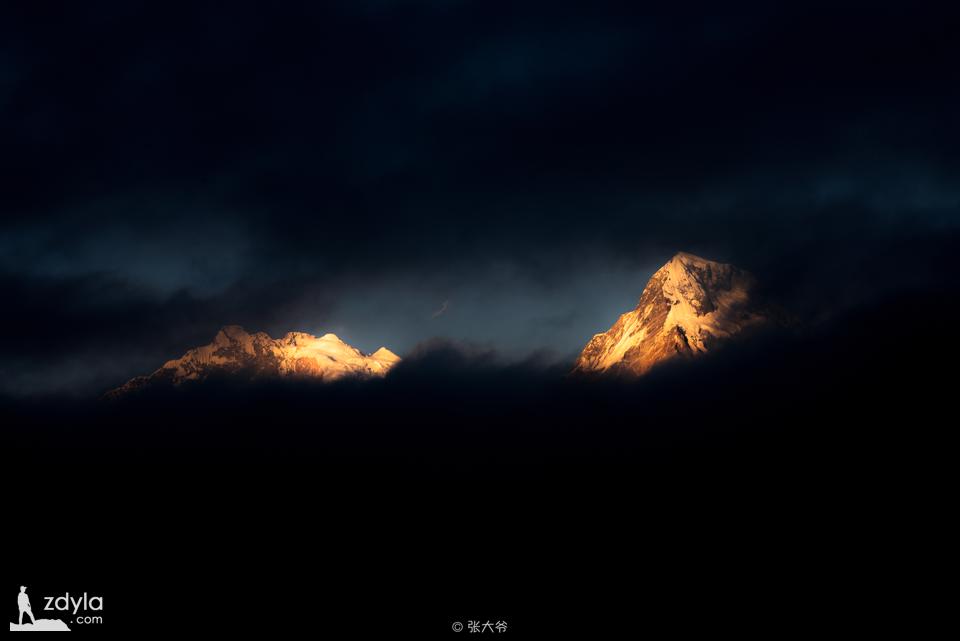 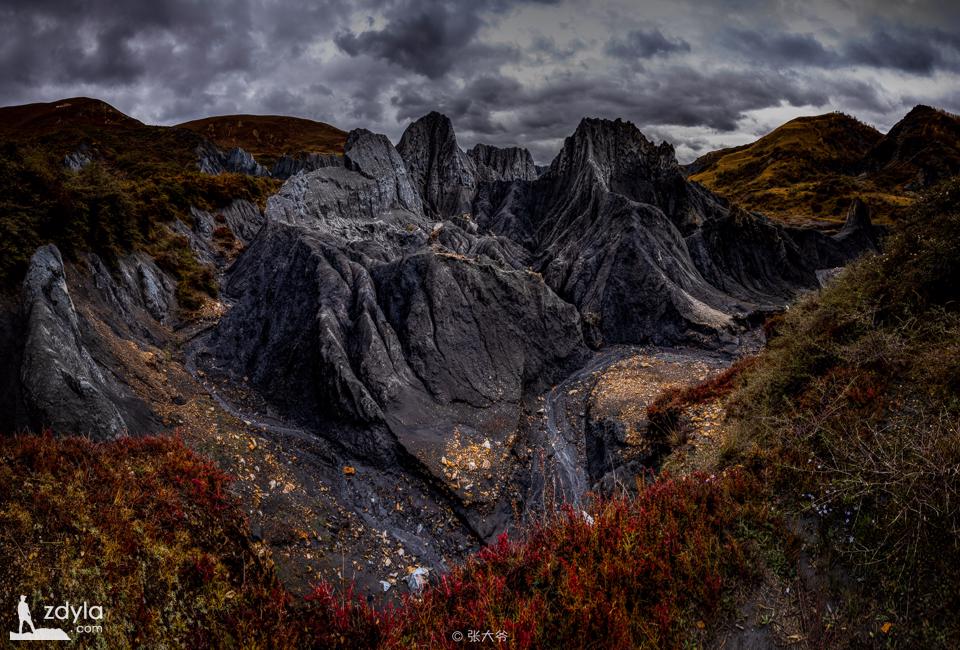